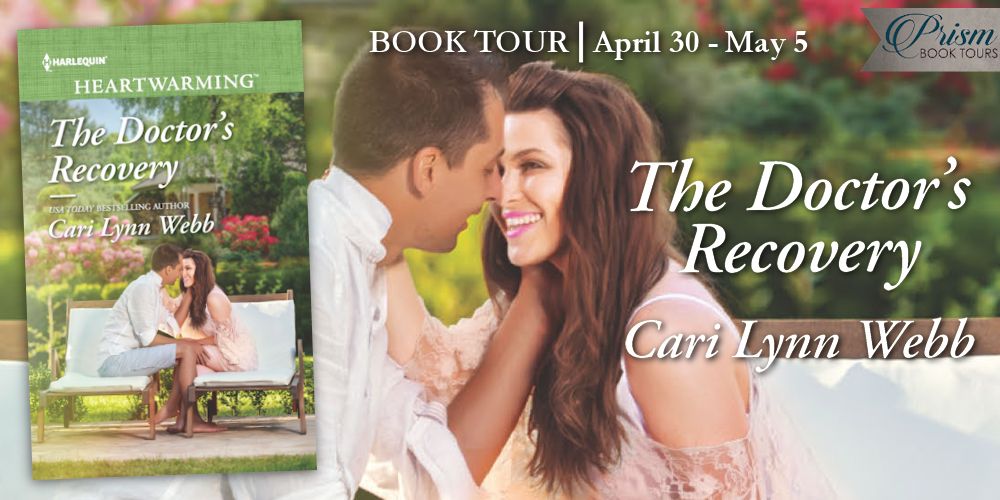 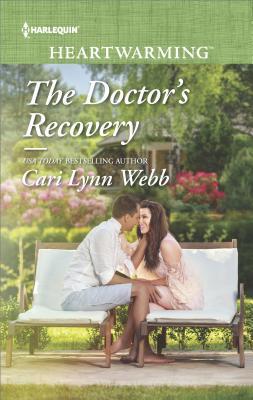 When a doctor and a filmmaker reconnect…

Just who is healing whom?

Could this be their shot at a real relationship?

But Wyatt, haunted by family tragedy, saves lives, and Mia risks hers every day. Can they find the way to a future on both their terms?

“There were no medical degrees in fairy tales and pipe dreams.”

The Doctor’s Recovery is a sweet and inspiring second chance romance between two people who are both letting past pain drive their current focus – in the opposite direction from each other. So you know there are some intense emotions at play … which, I might add, makes for some delicious romantic tension and one heck of a first-again-kiss. 😉

I really enjoyed getting to know Mia – her documentary film career fascinates me, though I’d never be brave enough to do the same. (See today’s earlier Brave a Chicken post lol) There are a lot of layers to her character, like Wyatt’s, that are revealed as the story progresses. Both are struggling with deep loss that has shaped their life paths and gives them blinders to what their hearts are really wanting, including each other. This dimension to their stories makes this more than just a ‘missed-chance’ at love because of a misunderstanding – it adds substance to their earlier separation and their potential for a second chance.

Bottom Line: A great cast of intriguing secondary characters provides delightful support (and lighter moments) to the two multilayered protagonists and their relationship. Both Wyatt and Mia are easy to like and easy to cheer for, and Wyatt is swoonily romantic when it counts. I love how the title factors into the book and the subtle ways that it takes on meaning throughout. A heart-tugging and inspiring read!

(I voluntarily reviewed a complimentary copy of this book which I received via Prism Books.  All views expressed are only my honest opinion.)

Wyatt never flinched from Helen’s barb. Only stuffed his hands into his scrubs pant pockets and tucked his elbows into his sides as if preparing himself to absorb more of his mom’s rebukes. “Trent and I asked for a puppy every year until I left for college. Every year you said no.”

“Your father told you no, not me.” Helen turned to Mia. Her voice lowered, as if they’d stepped into a hushed confessional. “I’d overruled my husband on several things like the tree house, skateboards and video games. Thought I’d let him have his way with the no-dog rule. Good marriages are about knowing when to let the other one win.”

Mia had witnessed only the elements of a bad marriage with her own mother: unrequited love, a stalled life and a husband who paid for the stability his absence couldn’t provide.

“So good marriages are a competition, then, and not about compromise and mutual respect.” The humor in Wyatt’s tone soaked the sarcasm from his words as he stepped to the side of Helen’s chair. He reached out as if anticipating his mom’s next move.

“Good marriages are about real love, knowing what really matters to your spouse and romance.” Helen gripped her walker and stood up, greeting her therapist with a wide smile. “Vicky, you’ve rescued me from explaining the intimate details of a good marriage to my son.”

The older woman laughed and squeezed Wyatt’s shoulder before assisting Helen. “Follow your mother’s example and you’ll have a fulfilling marriage.”

Wyatt stepped back and rubbed his neck as if the idea of marriage misaligned his spine.

Mia cleared her throat, trying to break up her own laughter.

Helen turned toward Wyatt. “You’ll be back for dinner.” It wasn’t a request or suggestion—it was a command from a mother to her son. Disobedience wouldn’t be tolerated. Wyatt had more in common with his mom than Mia had first assumed. The Reid family certainly liked to order others around.

Helen shuffled down the hall, her laughter mixed with the therapist’s. Mia watched Wyatt’s eyebrows draw together as if he suddenly didn’t recognize his own mom.

“Good thing marriage isn’t on either of our to-do lists.” Mia let her amusement disrupt the silence.

Wyatt faced her, his fingers tapping against his bottom lip. “You wouldn’t claim to know everything on my to-do list, would you?”

Mia’s laughter fizzled like a candle in a rainstorm. Wyatt’s slow smile streamed through her, spreading a warmth like the sun’s first appearance after that storm. 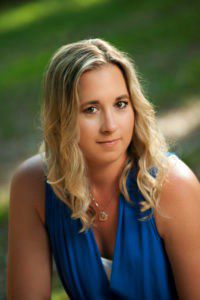 Cari Lynn Webb lives in South Carolina with her husband, daughters and assorted four-legged family members. She’s been blessed to see the power of true love in her grandparent’s 70 year marriage and her parent’s marriage of over 50 years. She knows love isn’t always sweet and perfect, it can be challenging, complicated and risky. But she believes happily-ever-afters are worth fighting for. She loves to connect with readers. Visit her at her website.

Other Books by Cari Lynn Webb 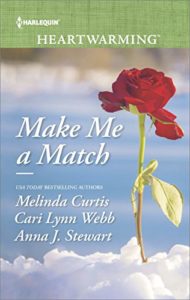 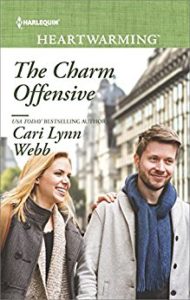 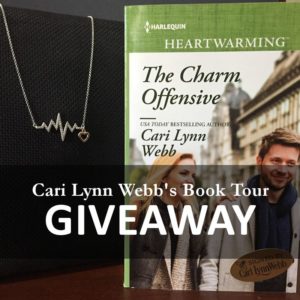 – 1 winner will receive a signed copy of The Charm Offensive, a Two Tone Sterling Silver Diamond Accent Heartbeat Necklace, and some Spring Candy (open to US only)

This giveaway is hosted by Prism Book Tours, not RimSP.
Follow along with the tour here.

15 responses to “Book Review (and a Giveaway!): The Doctor’s Recovery by Cari Lynn Webb”