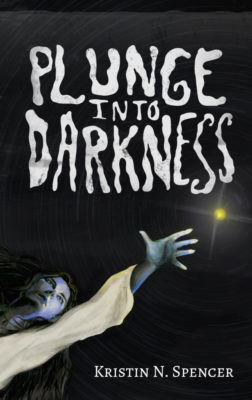 A village with a dark secret.

Their only hope is a mythical figure Ever Morena has only read about in her father’s lone book.

Ten years ago Ever’s best friend disappeared without a trace. Though the loss of her friend only came close to killing her then, the truth of what happened might finish the job now—just when her future as the village healer is looking bright.

Ever must risk everything she loves in order to plunge into darkness on an impossible journey in the middle of the Concealed Forest.

Never before has redemption been so costly.

Please note: This book contains subject matter which some may find troubling as it spotlights helping those who have experienced abuse. I tried to handle this topic as delicately as I could, keeping the reader’s experience in mind. 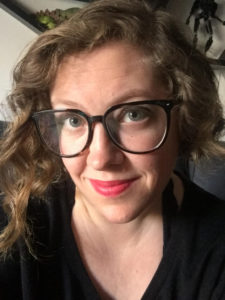 Kristin N. Spencer spends part of each day imagining up new worlds and beings when she isn’t busy taking care of her three children and writing partner husband T. E. Spencer. When she’s not writing you can find her working in full time ministry, sewing cosplay costumes, or watching geekesque movies. She writes whatever genre she wants including but not limited to Non-Fiction, Contemporary Fiction, Sci-Fi, Space Fantasy, and traditional Fantasy. Kristin studied Comparative World Literature at California State University, Long Beach and received a Bachelors, which she fondly calls a degree in reading. Her favorite movie is Sabrina (the Julia Ormond version) and her favorite person is Jesus.

Life is messy because people are messy.

While I was a missionary in Athens, Greece I spent a lot of time around profoundly broken people who were making brave choices to change their lives and the lives of their children. Human trafficking creates a unique kind of broken, and the people that minister to people who have survived this difficult journey also have to reach an understanding of what the people they’re ministering to have been through.

After a while serving in a ministry that works with women who have been rescued out of prostitution, the founder and director sent me a message. She said she wanted to have a sit down talk so we could get to know each other. As I nervously tapped my foot on the plastic metro floor on my way to the meeting, a picture came into my head. I saw a young woman sitting next to a dark pond filled with sledge, and knew instantly that something that could help her was inside there, and the only way to help her was to jump into the sledge and find it… to experience the darkness as a witness as a way to understand it. When I got to my meeting with the director, I told her about the picture I had seen on the metro. She said it was a perfect illustration for the work we do as advocates for survivors of sexual abuse. It was then that I thought, “This is more than a picture… this could be a story to illustrate how sometimes the only way to help hurting and broken people is to go through the darkness—though to a lesser degree of course—ourselves.”

When you have a friend or acquaintance that is healing from a difficult ordeal, one of the best ways for them to heal is to be able to talk about it. The simple truth is, hearing about someone being raped is horrific and uncomfortable. But imagine how much more horrible it is to actually be raped, and then never feel like anyone wants to let you talk about it. Not only are you reeling from the sexual assault, but also from the society imposed silence everyone expects you to keep.

Enter Ever, Dawn, and the Man of Sorrows. I don’t want to give too much away, but if you read the story, you will see the clear implications of how what I’ve just described came to be crafted into a fantasy story that deals directly with the character of man versus the character of an all loving, creative being. I hope you love this book and it leaves you wanting more even though the topic is a difficult one.

11 responses to “Book Spotlight (and a Giveaway!): Plunge into Darkness by Kristin N. Spencer”