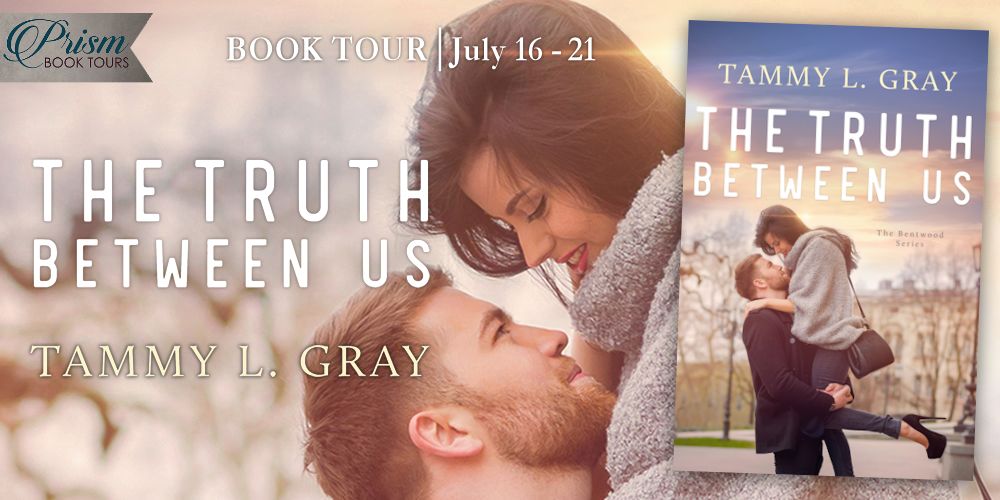 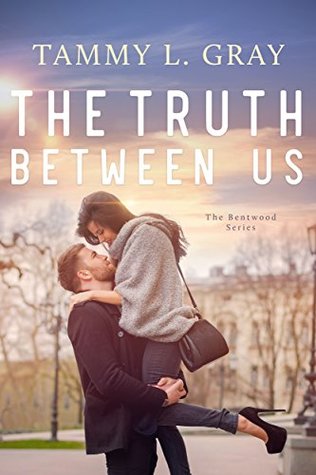 Nine years to win her. Three years to love her. And one decision that destroyed it all.

April Duncan was raised with three clear truths: the family name is absolute, ambition and success rule over every emotion, and love always comes with strings attached. Image was everything in her carefully crafted world… until the mirror cracked.

Sean Taylor was April’s best friend, the one man who taught her it was okay to let her guard down and to rely on someone. She trusted him. She loved him. Which made his deception the darkest kind of cruelty.

Now, nearly a year later, she’s ready to leave her failed engagement in the past and get back her life and her estranged family, even if it means dating a man solely for his connections. She’ll never again choose love over loyalty.

Sean has spent his entire life breaking barriers, facing challenges, and never giving up. Until one impossible choice destroyed his future and left him no option but to flee from the woman who annihilated his heart.

Now he’s back in Bentwood and determined to make her hear the truth and rebuild the trust he shattered. But April has become a mere shell of the woman who claimed his heart long ago.

Winning her back is more than just seizing a victory, because if he fails… the girl he’s loved for a lifetime will disappear forever.

The Truth Between Us is the second book in the Bentwood series. Each book can be read as a standalone, but it is recommended that you begin with book one to get the full experience among this tight group of family and friends. 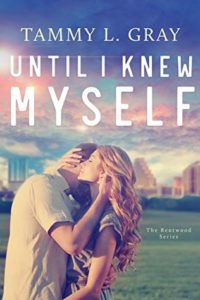 “Regret is a dead end highway. It has no capacity to move you forward.“

I recently heard a sermon that talked about how the way we see people determines how we treat people. And an important part of the ‘seeing’ is realizing that there is a story we don’t always know. It’s how Jesus was able to treat people so differently from what was expected – because He knew what others didn’t, what was in the heart and what story from their past and/or present was defining their current behavior. I couldn’t help but think of this sermon many times as I read The Truth Between Us because, frankly, I didn’t like April. But I knew there was a story to why she was such an ice princess so I pressed on. And I was right. ♥

And then there’s Sean… let’s pause a moment for a swoon-filled sigh, shall we? Sean is a bit of an alpha male but when that is directed toward pursuing the woman he loves? Sweet mercy, pull out the fainting couch! His unconditional love for April, a woman for whom nearly every familial relationship came with conditions, is sweet and swoony and poignant. The way that the author portrays Sean’s raw emotion at times completely gripped me and had me solidly in Sean’s corner!

Caroline once again is a supporting character but her story is next, and I can’t wait! What an intriguing character, and the one in the group who gently exudes the Truth. I loved seeing the effect that her relationship with Jesus has already had on Ty and Journey, too. The Bentwood Brats – as they’re known in their small community – are all rather faithless at first, and they live like it. The beauty of this series is that Tammy Gray meets them there, at that starting point, and subtly sprinkles the Gospel over their lives in a way that we don’t always see on the page but is there nonetheless – behind the scenes. Caroline’s relationship and role in the group is one of the best portrayals I’ve seen of what Jesus meant when He called us to be Light in the darkness. It can be as gentle as a flickering flame on a candle – and as quiet – but it’s there.

Bottom Line: The Truth Between Us takes us on a roller coaster of emotions, from passion to anger to hurt to redemption and everything in between. Sean and April are complex characters and their story is as layered as they are. Tammy L. Gray is extremely skilled at writing in such a way that the reader feels part of the story too, and nothing feels forced or out of place. The sweet ending and the undertones of redemption do not cancel out the rawness of the story itself, rather it gives the journey an edge of grace that makes it all worth it. A must-read for fans of Kristen Heitzmann and Becky Wade!


Reviewer’s Note: Readers may want to be aware that there is some mild cursing in this novel, and an authentic portrayal of characters who do not walk in faith (as well as ones who do) 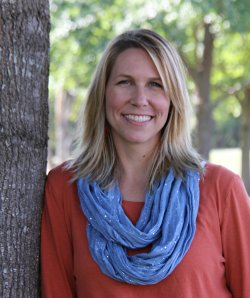 Tammy L. Gray lives in the Dallas area with her family, and they love all things Texas, even the erratic weather patterns. She writes modern Christian romance with true-to-life characters and culturally-relevant plot lines. She believes hope and healing can be found through high quality fiction that inspires and provokes change.

Her characters are real, relatable and deep, earning her a 2017 RITA award in the Romance with Religious and Spiritual Elements category.

When not chasing after her three amazing kids, Tammy can be spotted with her head in a book. Writing has given her a platform to combine her passion with her ministry.

Other Books by Tammy L. Gray 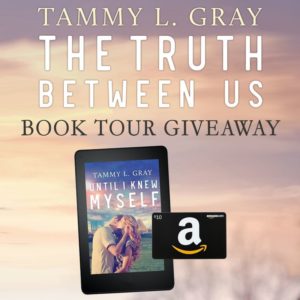 – 1 winner will receive a Kindle ebook of UNTIL I KNEW MYSELF, book one in The Brentwood Series, and a $10 Amazon eGift Card

20 responses to “Book Review (and a Giveaway!): The Truth Between Us by Tammy L. Gray”