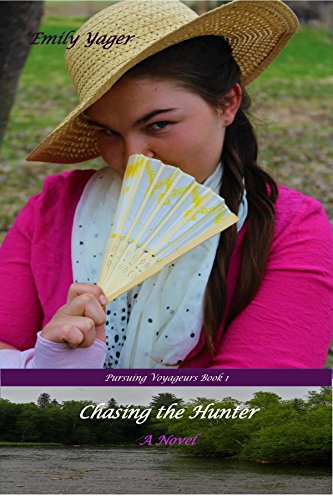 In 1788, Aria Stonewood is chased from her home in the New England colonies after being accused of murder and abducting twin baby girls.

Hiding a secret, Aria travels west deep into the north-woods of the Minnesota territory. She seeks shelter at a French trading post that is run by a former priest and meets Francois Marcks; both of whom distrust her and do not want her staying there.

But with the dangers of winter coming they have no choice but to reluctantly let her stay unaware of what the coming winter will bring to their door. 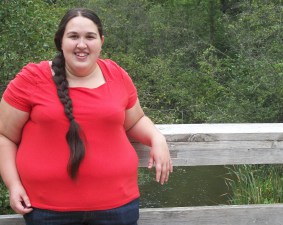 Growing up in Northwestern Minnesota, Emily spent the long winter days dreaming and creating stories. She loves the mild summers and cold, wind swept state so much that she incorporates the landscape and small towns into her stories. A life-long book dragon, Emily is fulfilling her dream by writing novels.

Inspiration Behind the Story & Interesting Research for the Story

Each of my stories start out with two random ideas and me trying to figure a way for them to fit together in an interesting way that also fits in with my genre. In hopes that my readers and I will want to read it afterwards. This story is no different. 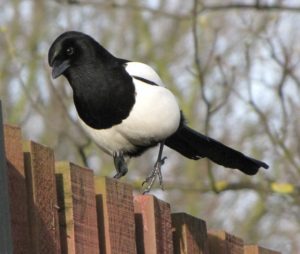 The two random ideas for this story: 1) a wanted poster and 2) a crazy, attention loving magpie. Yep.

I struggled for awhile trying to figure out how this was going to work. Even through it away and tried to come up with a different pairing. It would not leave me be.

The real inspiration that jump started the story was an exhibit, you know one of the temporary travelling ones, called ‘Fur Traders in Minnesota’. And the thought hit me, no really, I had a migraine for two days afterward. I had never seen nor read a book written about the French/American fur trade that was not a documentary, history essay, or detailed lists for reenactors. I Googled the topic thinking that there had to be at least one romance novel set during that time period. Needless to say, I still have not found one besides my own. So, telling myself that I was going to change that fact and write possible the first historical romance about the fur trade.

And just like that the Magpie and wanted poster fits together.

I then spent the next six months researching and learning all that I could about the Fur Trade. To be honest I really did not know that much.

A few interesting things that I learned while researching this book, were: 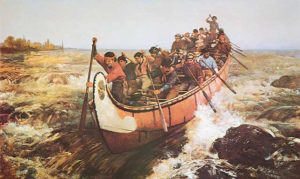 The Voyageurs were very musical. Maybe not all of them. But music was a big part of their daily lives and they were responsible for writing a lot of Canada’s traditional music. They would sing and play music on the canoes to help keep everyone (those that were paddling) in rhythm and motivated when times got rough and tiring.

Which leads me to my next bit.

The boats men who paddled the canoes had to do fifty-five strokes a minute (Oh, My Giddy Aunt!) and had to keep that pace up for about eighteen hours a day, seven days a week, for four to six weeks at a time (this was the average time it takes to get from one destination to another). It’s crazy.

The birch bark canoes of the day were not our modern two-three person sized, the two most common were 1) the Montreal Canoe, it was thirty-forty feet long, weight two-hundred pounds, and could hold eight to sixteen people plus supplies or a total of about four tons. 2) the North Canoe, it was eighteen- twenty feet long, light enough to be carried by two people, and could hold two to six voyageurs plus supplies or a total of about one and one-half tons.

Wow!!! I have read about voyageurs but almost always as secondary characters, to my recollection. I’ve always wanted to know more about them. And – hello – 55 paddle strokes in a minute?? I’d be lucky to get ONE done in 55 minutes! haha!! 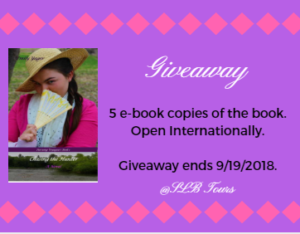 
This giveaway is hosted by SLB Tours, not RimSP
Follow along with the tour HERE

What about you? What interests you most about Chasing the Hunter?

5 responses to “Guest Post (and a Giveaway!): Emily Yager & Chasing the Hunter”