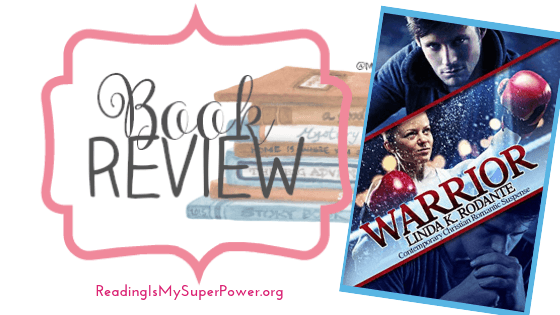 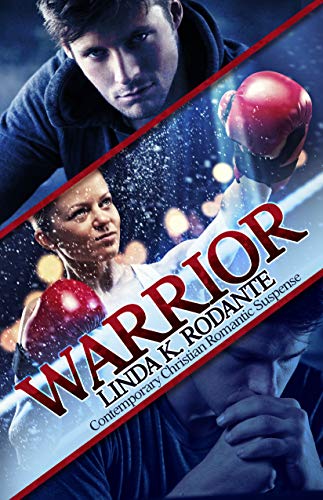 For three years, Kati Walsh has hunkered down at a new place of worship to dab at church-inflicted wounds. Her one outreach is to her kickboxing friends at the gym, but she’s been praying for God to stir her heart again. But she’s not sure that the new assistant pastor and his friend Reece Jernigan are what she asked for—because Assistant Pastor Josh Corbin plans to win the hearts of the north-side neighborhood, mostly described as “the hood.”

When Josh plans a prayer walk in the neighborhood, both the congregation and the police are wary, but Josh insists that prayer works. He believes in spiritual warfare—prayer, praise, and the Word of God. Reece, on the other hand, has been on the streets before, and his weapon of choice is a 9mm Glock. Two close friends with differing perspectives and both with an eye on Kati. But they’re not the only ones—the gang leader from the north side has taken an unexpected interest in Kati, too.

“Don’t go saying you “only pray”, Warrior. Your prayers are weapons. Use them.”

Warrior is Linda Rodante’s latest offering in the romantic suspense Dangerous series. As soon as I heard that a new one was coming out, I jumped at the chance to review it because I really enjoyed the previous book Pursued. Rodante writes compelling characters and heart-in-your-throat suspense with a solid message. Sign me up.

One of the things I enjoy most about Rodante’s books (at least the two I’ve read lol) is that the title has more than one application to the story. In this case, “Warrior” is the one of the nicknames that Reece gives to Kati Walsh from the moment she captivates him in the kickboxing ring. For her part, Kati holds her pain close and it’s only as she begins to open up to Joshua Corbin, the new assistant pastor at her church (and Reece’s best friend), that we get to see exactly what she’s overcome. And it’s then that Reece’s nickname for her – Warrior – feels even more poignant.

But there’s another, even more powerful, meaning to the title. Josh and Reece both challenge Kati’s church in many ways, and particularly in the area of the power of prayer. The events that unfold in this trio’s lives – as well as the life of their church – challenge all of us to take more prayer seriously, to see it for what it is: a weapon against the spiritual forces of evil that we and those around us battle every day.

We’ve all lived so long with Satan’s attacks that we no longer see them as such. We possess weapons of divine power that can demolish strongholds, and yet we don’t use them. Prayer, praise, God’s word. The name of Jesus. Weapons. He’s calling us our of our comfort zones, out of our safe zones, and asking if we are willing to take up the fight for our families, our neighbors, and for Him.

I also really appreciated the way Rodante elevated the discussion about stereotypes we tend to apply to socio-economic status, backgrounds, neighborhoods, intentions – all even without realizing it. Especially, I think, in ‘church work’. Through some of the events and discussions that play out in this story, the author helped me sit back and reflect on ways I can be more aware of – and avoid – this mindset in the future.

Bottom Line: Warrior by Linda Rodante is moving and inspiring. Four people (three main characters and a fourth supporting player) who, at the outset, could not appear more different from each other, yet in the heart are more alike than they realize. The suspense is well-done, with scenes that will have you holding your breath until the danger has passed (for now), and the characters are vividly drawn. While it does contain two elements that I typically avoid in books (a love triangle and more than a few ‘preachy’ moments), in this context both work to deepen the story and leave an impression on your heart. 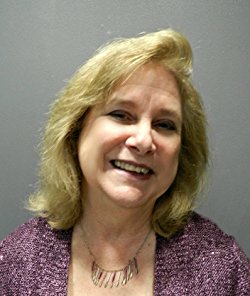 Linda was born and raised in Florida. She is married with two grown sons, a daughter-in-law, and three grandchildren. At twenty-six, she discovered the miraculous love of Jesus Christ. God blessed her with a passion for the written word—especially mysteries and romantic suspense novels, from Nancy Drew to Agatha Christie, from Dee Henderson to Kristen Heitzman. She speaks about and works against human trafficking. Visit her blog on this subject: Writing for God, Fighting Human Trafficking.

One response to “Book Review: Warrior by Linda K. Rodante”