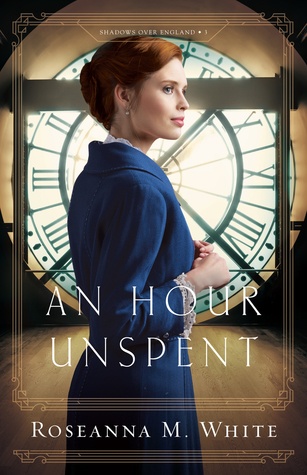 Once London’s top thief, Barclay Pearce has turned his back on his life of crime and now uses his skills for a nation at war. But not until he rescues a clockmaker’s daughter from a mugging does he begin to wonder what his future might hold.

Evelina Manning has constantly fought for independence but she certainly never meant for it to inspire her fiancé to end the engagement and enlist in the army. When the intriguing man who saved her returns to the Manning residence to study clockwork repair with her father, she can’t help being interested. But she soon learns that nothing with Barclay Pearce is as simple as it seems.

As 1915 England plunges ever deeper into war, the work of an ingenious clockmaker may give England an unbeatable military edge—and Germany realizes it as well. Evelina’s father soon finds his whole family in danger—and it may just take a reformed thief to steal the time they need to escape it. 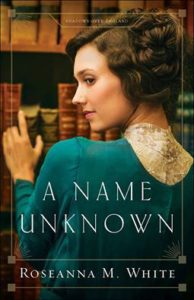 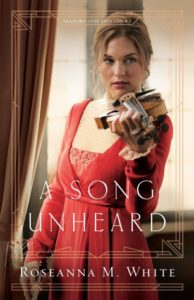 “That, he’d come to realize was how the Lord worked. At least for him. He didn’t remove the bad- He just lent him the strength to face it.“

Is that enough of a review? Because it’s about all my mind is capable of doing at the moment. And not just because of the romance – although… while we’re talking about it… SWOON. No, I’m sighing blissfully because this is the kind of book that, as soon as you finish it, you want to read it again and hug it and squeeze it and love it forever.

The historical details, the mood, the setting, the characters, the message – all of it is perfection.

Barclay is such a fabulous hero – i’ve loved him since book one and thoroughly enjoyed the journey that White took him on in his story. Watching him navigate his new faith in Christ as well as his new role as a ‘respectable thief’, working for the government to aid in the war efforts with his own special skill set. Evelina is such a marvelous match for him, and his family is exactly what she needs. The scene where she first meets them is so exquisitely written – I could hear the chatter and the clamor and the ‘family noise’ emanating from every corner of the page – a lovable chaos – the kind that Evelina has always dreamed of. I felt the scene from her perspective – as well as Barclay’s love for each member of his ragtag family.

And Barclay and Evelina’s first kiss(es)?? Heaven, have mercy. I’ve still not recovered.

The theme of clockmaking is intricately and seamlessly woven throughout the story (and – sidenote – I love Evelina’s dad and couldn’t help picturing him like Belle’s dad in Disney’s animated Beauty and the Beast lol!). White crafts a tender message of a God who is the ultimate Clockmaker. Not one who puts the pieces together and then leaves us alone, but rather a true Clockmaker who is continually fine tuning his masterpieces, always working on them, because He loves them.

Bottom Line: If we have to say goodbye to this ragamuffin band of thieves-turned-family, An Hour Unspent is the perfect sendoff. Flawed but endearing characters, a compelling message of hope, and enough suspense and adventure to keep you glued to the page. The romance is swoonworthy in its own right – with plenty of sparks and chemistry and knee-weakening kisses – but the love story White has written is even more poignant. A picture of family in its truest form – and a reminder of how deeply our Father loves us. This whole series is a must-read! 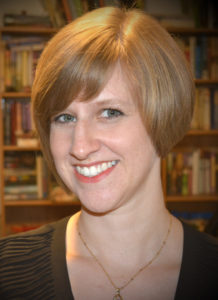 Roseanna M. White is a bestselling, Christy Award nominated author who has long claimed that words are the air she breathes. When not writing fiction, she’s homeschooling her two kids, editing, designing book covers, and pretending her house will clean itself. Roseanna is the author of a slew of historical novels that span several continents and thousands of years. Spies and war and mayhem always seem to find their way into her books…to offset her real life, which is blessedly ordinary. You can learn more about her and her stories at www.RoseannaMWhite.com.

Other Books by Roseanna White 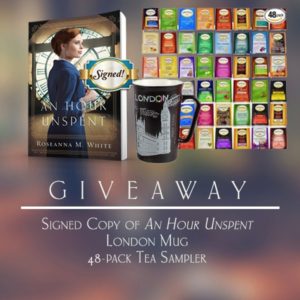 To celebrate her tour, Roseanna is giving away a grand prize of a signed book, a London mug, and a 48-pack Twinings tea sampler!!

This giveaway is hosted by CelebrateLit, not RimSP
Follow along with the tour for more chances to win!

What about you? Have you read this series? Who is your favorite of the siblings?

24 responses to “Book Review (and a Giveaway!): An Hour Unspent by Roseanna M. White”