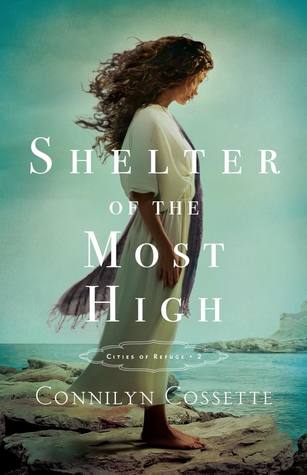 The daughter of a pagan high priest, Sofea finds solace from her troubles in the freedom of the ocean. But when marauders attack her village on the island of Sicily, she and her cousin are taken across the sea to the shores of Canaan.

Eitan has lived in Kedesh, a city of refuge, for the last eleven years, haunted by a tragedy in his childhood, yet chafing at the boundaries placed on him. He is immediately captivated by Sofea, but revealing his most guarded secret could mean drawing her into the danger of his past.

As threats from outside the walls loom and traitors are uncovered within, Sofea and Eitan are plunged into the midst of a murder plot. Can they uncover the betrayal in time to save their lives and the lives of those they love? 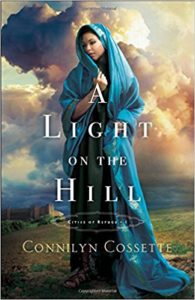 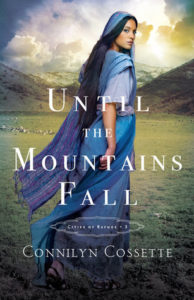 “…the journey to understanding that I was inexplicably valued by the One Who Made the Stars had been worth every painful step.”

Cossette’s books transport readers back to another time, her skill at setting such that you feel as though you are walking the dusty roads, rooftops, and marketplaces right along with the characters. Her extensive research helps the era come alive with intriguing details, and I love how she has pulled an entire series of compelling characters and soul-touching plots from a concept briefly mentioned in Scripture. It allows me to see familiar Old Testament settings & customs in new and fresh ways, prompting me to do further study of Scripture on my own.

Sofea firmly set up camp in my heart throughout Shelter of the Most High. The fact that she came from a pagan culture enabled me to see God and the Hebrew culture from her point of view, something that I believe is beneficial for anyone who has been raised in a Christian home. Sometimes we become complacent to our Biblical knowledge, our traditions, the exquisite mercy & wooing pursuit of our God, and it takes seeing it all through the eyes of someone who didn’t have that luxury to fully appreciate anew the gift we’ve been given in our Savior. Eitan has the heart of a warrior as well as a huge capacity for love, two traits that could either serve him well or destroy him depending on how he chooses to use them. Sofea and Eitan’s character growth and their sizzling chemistry (those kisses! whew!) add layers to their individual stories as well as their mutual plot arc.

I have seen some reviews that say it’s best to have read book 1, that they had a hard time following the characters and the dynamic that was established earlier on, but I did not find that to be the case. It does make me want to go back and read the first book, not because I was lost but because I was so captivated by these characters that I want to learn all I can about them. I was able to pick up on the undertones fairly easily and, while I knew there was more to their story, the author did a great job of making sure readers have all the info they need to be fully present in this one.

Bottom Line: An exquisite tale of mercy, grace and love, Shelter of the Most High invites readers to experience the refuge of God in ways they perhaps had not considered before. You will quickly become deeply invested in the characters and their emotional journeys, full of adventure and surprising twists. Cossette’s writing talent is immediately apparent as her words wrap around all the senses and engage the reader from the first to the last page. Tender, moving, and entertaining, this book – and Cossette’s entire book list – belongs on your must-read list!

KissingBook Level: 3+ / will forget to breathe on occasion 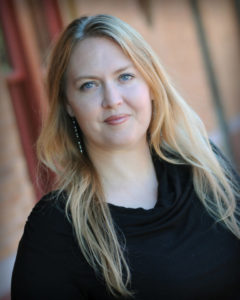 Connilyn Cossette is the CBA bestselling author of the Out From Egypt series. Her debut novel, Counted with the Stars, was a finalist for the Christy Award, the INSPY Award, and the Christian Retailing’s Best Award. She lives in North Carolina with her husband of twenty years and a son and a daughter who fill her days with joy, inspiration, and laughter. Connect with her at www.ConnilynCossette.com.

Other Books by Connilyn Cossette

Shelter of the Most High, the second book in my Cities of Refuge Series, will be the first I’ve written to have been influenced by my trip to Israel last year. When I started writing Biblical fiction almost nine years ago, I was limited to exploring the Land of Promise via Google Earth, books, and through a plethora of photos on the good ol’ world wide web, but of course nothing can compare to actually experiencing the atmosphere and scenery for yourself.

So although I’d already written Shelter of the Most High by the time I hopped on a plane to join fellow author Cliff Graham’s GoodBattle Tour, once I returned my editing was filtered through the sights and sounds I’d witnessed for myself. It had been a life-long dream to go to Israel and it did not disappoint, in fact it just went way too fast!

One of my greatest fears was that I would see the places I’d written about in my books and realize I totally messed up my descriptions, but I was pleasantly surprised to find that for the most part I’d been fairly accurate (although I did tweak a few things here and there). 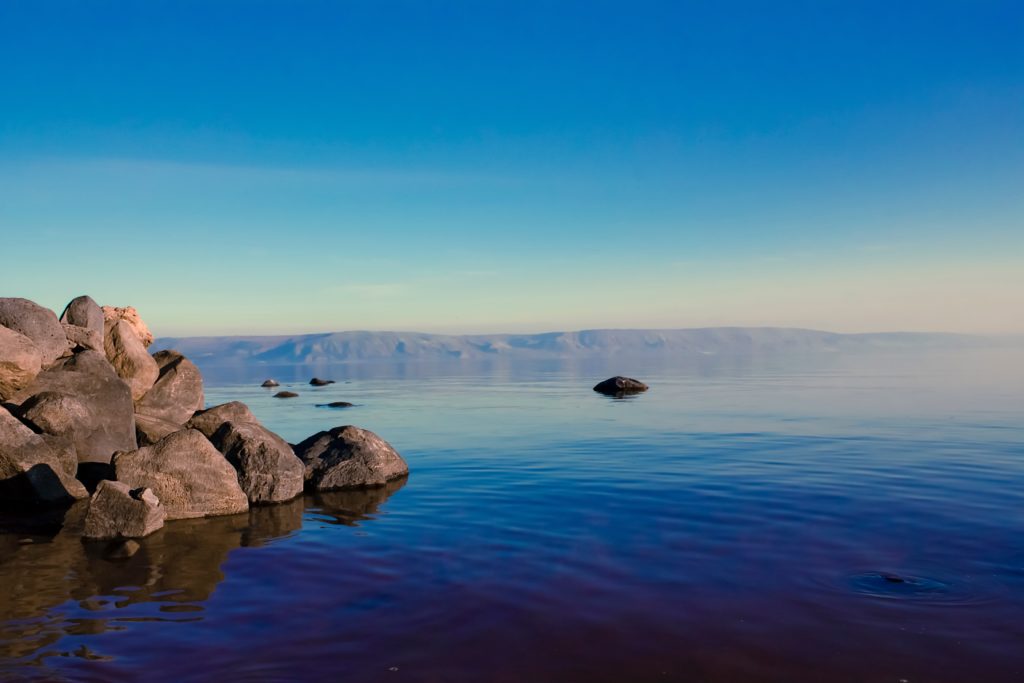 Standing on the western shore of the Sea of Galilee I was able to envision Eitan, our hero in Shelter of the Most High, sitting on one of the black boulders there, defeated and weary as he searched for his love. I was able to look toward the snowy peaks of Mount Hermon in the north and over the fertile Hula Valley just below the ancient ruins of Kedesh, the city of refuge, and consider how Sofea must have felt as she experienced the landscape of her new home for the first time, both the fear and the awe.

One of my favorite sites was Tel Dan and although it does not feature in Shelter of the Most High it’s lush greenness and dense forest gave me a better sense of what Israel must have been in the past before deforestation, war, and shifts in climate have done to the fertile land God himself called a land of milk and honey. Since I was so affected by Tel Dan (or Laish in ancient times) that city will be one of the settings in my upcoming third installment of the Cities of Refuge Series, Until the Mountains Fall. 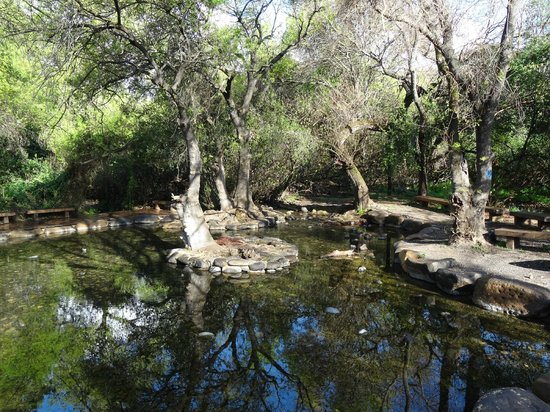 This photo of Tel Dan is courtesy of TripAdvisor

Being a super visual person who is highly sensitive to sensory input, I took great pleasure in absorbing with all my senses as we walked paths, climbed mountains (yes, mountains), slogged through a long, cold, and wet tunnel deep beneath Jerusalem, hiked up to the secret oasis of Ein Gedi where David hid from Saul, and rocked along on a boat over the glassy surface of the Galilee. I felt like a sponge just soaking up every little detail and every grand vista.

Smelling the salty breeze off the Mediterranean and hearing the waves crash against the sandy beach in Tel Aviv and Caesarea Phillipi made me imagine our heroine Sofea looking over that enormous, blue expanse and wondering what sort of god had control of such a powerful thing.

Feeling the timeworn cobblestones beneath my feet gave me a sense of what it must have been like for Eitan and Sofea to walk through the streets of Kedesh, their own sandals scuffing against the rough-hewn stone as they went about their daily activities.

Running my fingers along the pitted surfaces of ancient buildings and tracing the chisel marks from craftsmen of the Bronze Age wrapped me in a whirl of imagination about who the people were that hefted those same rocks into place and the ingenuity it took to create structures that have lasted so long.

Tasting the unique spices and flavors of the Middle East gave me a sense of the passion Moryiah (our hero’s mother) has for creating delicious new dishes to feed her growing family and the guests at her inn. 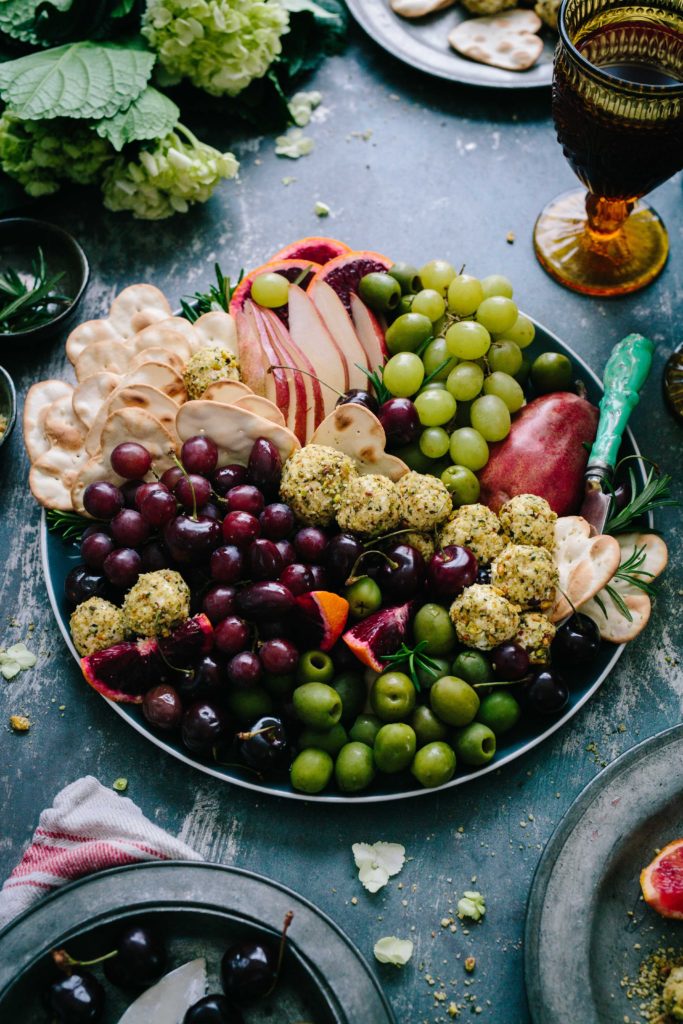 Although I write fiction, my stories are woven into Biblical accounts so going to Israel was a perfect reminder for me that the people that lived between the pages of Genesis to Revelations were real. They breathed, they cried, they loved, they mourned, they suffered, and they celebrated with their families. I am so grateful to have gleaned some great new insight into the Land and its resilient, vibrant people and hope that through Shelter of the Most High readers get a small sense of the beauty and wonder I experienced there. I cannot wait to go back!

To celebrate her tour, Connilyn is giving away:

Grand Prize: All five of Conni’s novels, including Shelter of the Most High, plus AHAVA Dead Sea Bath Salts

Three other winners will receive a copy of Shelter of the Most High!!

12 responses to “Book Review (and a Giveaway!): Shelter of the Most High by Connilyn Cossette”