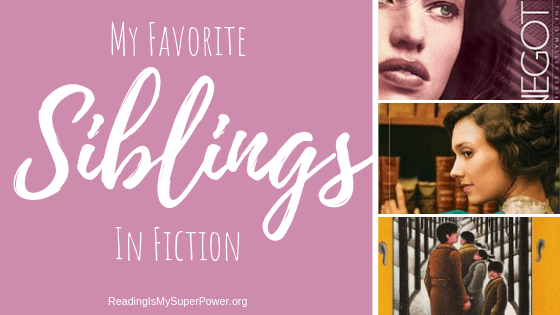 Today’s Top Ten Tuesday theme is all about platonic relationships in fiction, so I decided to talk about my favorite siblings in fiction. I’m always drawn to stories about brothers and/or sisters, maybe because my brother has been one of my favorite people since he was born.

Before I start sharing my fave siblings in fiction, I should note that I forced myself to narrow my picks down to 4 per category. This was especially torturous so I allowed myself a ‘for more reading’ list to soothe my ‘0h-the-pressure’ reader heart. Without further ado…. 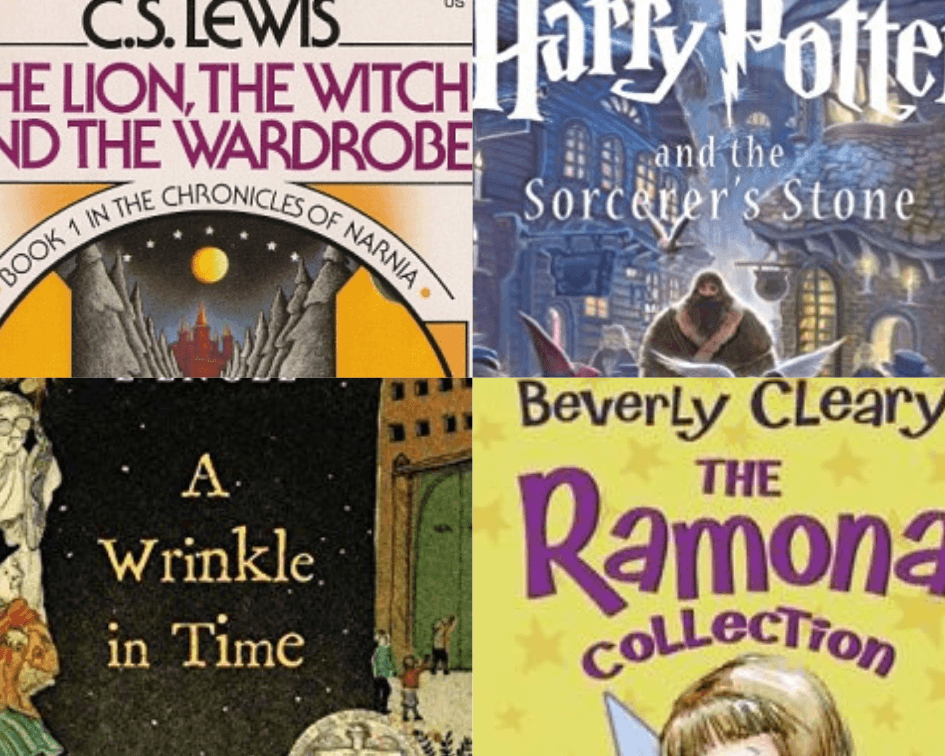 1. Peter, Susan, Edmund, and Lucy Pevensie (The Chronicles of Narnia by C.S. Lewis) – No discussion of fave siblings would be complete without these valiant four who stumble through a wardrobe into the secret world of Narnia.

2. Fred, George, Ron, and Ginny Weasley (Harry Potter series by J.K. Rowling) – While not all of the Weasley siblings, these four make me smile and laugh and even cry throughout the series. No matter how much they pester each other, they love each other deeply.

3. Meg & Charles Wallace Murry (A Wrinkle in Time series by Madeleine L’Engle) – These two completely captured my heart from the moment I met them on the pages of A Wrinkle in Time. I could totally relate to Meg’s big sister instincts, too.

4. Beezus and Ramona (Ramona Quimby series by Beverly Cleary) – Who doesn’t love Ramona? And when her older and longsuffering sister Beezus (poor girl to be saddled with such an unfortunate nickname) joins the fray, adventures and hilarity soon ensue. 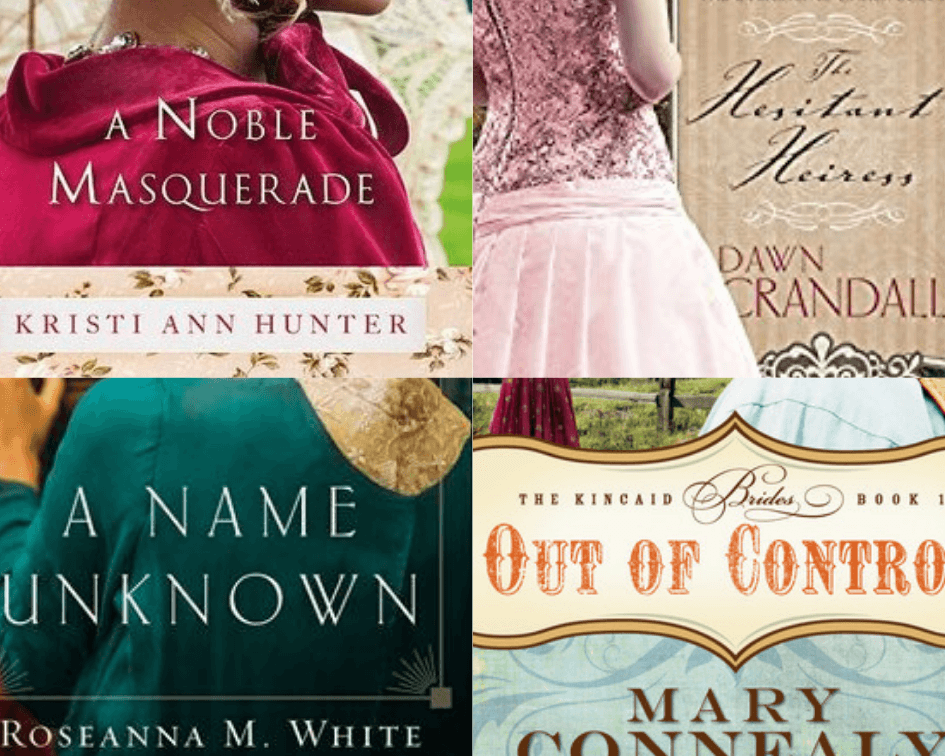 1. Miranda, Georgina, Trent, and Griffith Hawthorne (Hawthorne House series by Kristi Ann Hunter) – The family dynamics in this series are both heartwarming and hilarious & you’ll fall in love with each sibling on their own and as a unit.

2. Nathan, Vance, and Estella Everstone (The Everstone Chronicles by Dawn Crandall) – The men are swoony x 1000 and Vance & Estella in particular go through great character growth over the course of the series. If you haven’t met the Everstones yet, you’re really missing out!

3. Rosemary, Willa, Barclay, Charlie, Retta, Georgie, Elinor, Olivia, Cressida, Nigel, Lucy, Fergus (Shadows Over England series by Roseanna White) – I’m sure I’ve inadvertently left someone out of this ragtag group of orphans turned thieves turned family, but I love their genuine affection for each other and strong bond.

4. Rafe, Ethan, and Seth Kincaid (Kincaid Brides series by Mary Connealy) – These cowboys will sweep you off your feet, leave you swooning, and make you laugh too. Their bond as brothers, their banter, their fierce protective instincts … oh be still, my heart! 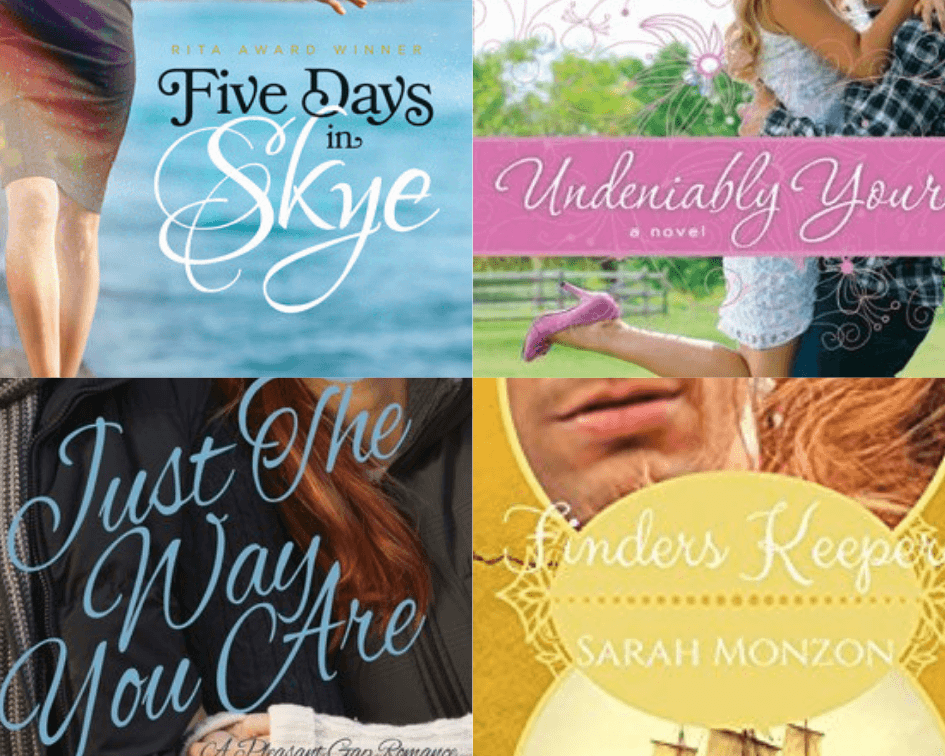 1. James, Ian, and Serena MacDonald (MacDonald Family Trilogy by Carla Laureano) – Insert a blissful sigh here right off the bat because #myJames. MAJOR SWOON ALERT! Both James and Ian are some of the most swoonilicious heroes you will meet in fiction, and I’ve been (mostly) patiently waiting for Serena’s story

2. Bo, Ty, Jake, and Dru Porter (Porter Family series by Becky Wade) – Oh how I love this family, not just the brothers and sister but also their mama who says each one is her favorite. And Ty – he gives #myJames a run for his money. Just sayin’

3. Eisley, Julia, Sophie, Greg, and Rachel Jenkins (Pleasant Gap Romance series by Pepper Basham) – The boisterous, hilarious, and endearing Jenkins clan firmly took up residence in my heart from the moment Eisley (Jenkins) Barratt squished a grandpa in book one. I’m sure I’ve unintentionally omitted a sibling but it gets a little crazy at family dinners 😉

4. Trent, Michael, Adam and Amber Carrington (Carrington Family series by Sarah Monzon) – Three hunky brothers and their sister is a combination I can totally support. Each brother is swoony in his own right & I’m looking forward to spending more time in book 4 coming out Spring 2019!

And because there are SO many great sibling groups in contemporary fiction, I have an overflow list: 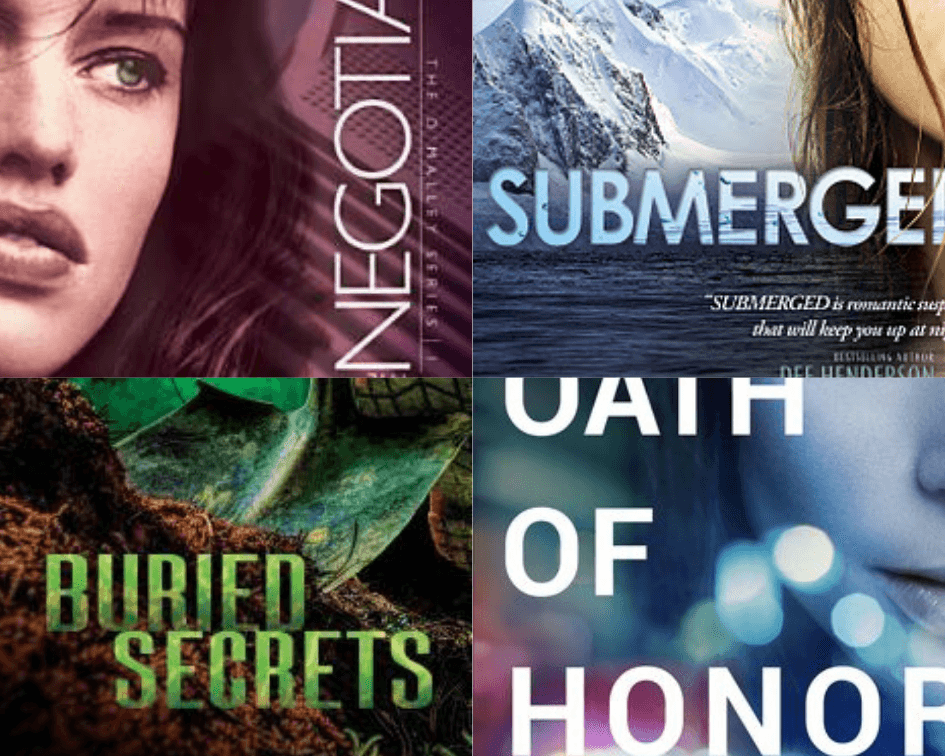 1. Kate, Jennifer, Marcus, Lisa, Jack, Rachel, and Stephen O’Malley (O’Malley Family series by Dee Henderson) – This family of siblings who adopted each other are each some sort of first responder – from law enforcement to medicine to firefighters, etc. They also pretty much set the standard for the romantic suspense genre. I fell in love with each of them as a unit and individually. Love seeing occasional glimpses of them in her later novels.

2. Cole, Piper, Gage, Kayden, and Reef McKenna (Alaskan Courage series by Dani Pettrey) – Next to the O’Malleys, the McKennas are my fave sibling group in suspense fiction. While I am not an outdoors person, I loved living vicariously through them and their Alaskan adventures. Loved their family dynamic too.

3. Mac, Lance, and Finn McGregor (Men of Valor series by Irene Hannon) – These three hunky heroes, brothers in arms as well as in blood, will have you reaching for the nearest fan as soon as they turn on the charm. Hannon masterfully writes male bonding and banter, and this will endear the brothers to you even more.

4. Isabelle, Chloe, Ruthie, Brady, Linc, and Derek St. John (Blue Justice series by Lynette Eason) – The St. John family is crazy, loud, close … and all involved in some sort of first responder/law enforcement career, much like the O’Malleys. Their dynamic is almost three-dimensional and fun to read on the page.

What about you? Do you have real-life siblings? What are some of your fave siblings in fiction?

11 responses to “Top Ten Tuesday: My Fave Siblings In Fiction”