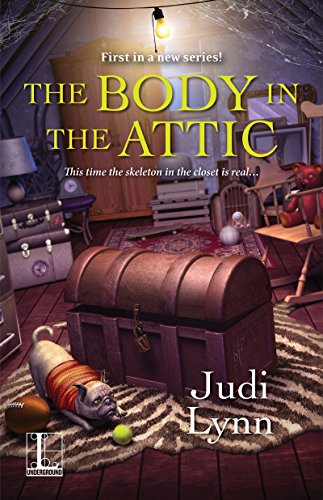 House-flipper Jazzi Zanders and her cousin Jerod have found their latest project. The property, formerly owned by the late Cal Juniper, is filled with debris that must be cleared before the real renovation begins. But a trip to the attic reveals something more disturbing than forgotten garbage—a skeleton wearing a locket and rings that Jazzi recognizes . . .

Tests confirm that the bones belong to Jazzi’s aunt Lynda, who everyone assumed moved to New York years ago after breaking up with Cal. Soon enough, the whole family is involved, sifting through memories and rumors as they try to piece together what really happened to Lynda—and the baby she gave up for adoption. In between investigating and remodeling, Jazzi is falling for the old house’s charms—and for her gorgeous contractor, Ansel. But with surprises lurking in every nook and cranny, a killer might be waiting to demolish her dreams for good . . .

The Body in the Attic is an intriguing mystery that combines the past with the present. A startling find by a pair of house flippers leads to decades-old questions being answered – and new ones raised. I enjoyed the mystery aspect of this book a lot, trying to solve the old murder and piece together information while also trying to solve a new, related, crime and figure out if the same person was involved. And if so, who?

Jazzi is an interesting protagonist – a great cook, a devoted daughter/sister/cousin/granddaughter, a house flipper (with her cousin) and an amateur sleuth. I never quite understood why the police detective kept bringing her along on his investigation though, but at least this way we the readers got to be in on the case as it unfolded. Jazzi works with her cousin Jerod flipping houses, and she has a major crush on their contractor Ansel. The romance angle seemed to move too fast, in my opinion, with not a lot of emotional pull – mostly physical. (I also didn’t care for the direction it took or the ‘closed door’ implications that were frequent after a certain point.)

George the dog stole the show! Laid back but with a definite personality, he was an adorable addition to the great cast of supporting characters. I also loved Jazzi’s grandma and sister and the scenes she spent with them.

Bottom Line: The Body in the Attic combines a variety of plot points into an intriguing cozy mystery, with a lot of romance thrown in as well. Great characters, family secrets, and a couple of surprising twists keep readers invested even when some of the plot points don’t make sense. A different kind of cozy but I’m interested in seeing what other mysteries they uncover as they continue to flip houses.

Reviewer’s Note: Readers may want to be aware that there are some curse words and implied bedroom activity in this book. 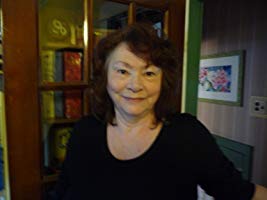 Judi Lynn received a Master’s Degree from Indiana University as an elementary school teacher after attending the IPFW campus. She taught 1st, 2nd, and 4th grades for six years before having her two daughters.  She loves gardening, cooking and trying new recipes.

What about you? Do you enjoy watching house flipping shows like Fixer Upper?

4 responses to “Book Review: The Body in the Attic by Judi Lynn”