Welcome to the circulating blog tour and giveaway for The Searchers series of middle grade historical fiction by Bertha Schwartz, hosted by JustRead tours! 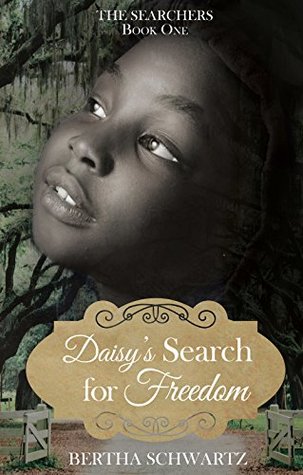 It’s the 1850s and Daisy, a slave girl from Alabama, is thrilled when her Mama is brought to her plantation to be the new cook. Six Oaks Plantation has been Daisy’s home for years, and the future looks bright now that she and her Mama have been reunited. The happiness doesn’t last, though, when a dangerous encounter with a notorious slave hunter endangers Daisy’s life. She has no choice but to run. Leaving behind everything she has ever known, Daisy strikes out alone on the Underground Railroad.

Daisy’s search for freedom leads her deep into the woods. Along the way she is joined by Simon, a four-year-old boy and his pet kitten. Pursued by dogs, uncertainty, and a slave tracker determined to capture them by any means necessary, Daisy starts to wonder if she will ever be safe again. Does Jesus care about runaway slaves lost in the woods?

The days turned into weeks. Daisy felt under constant fear that they would be caught. She had heard enough stories about what hap­pened to runaway slaves when they were caught. She knew their life was in danger many times.

Simon was growing weary and often didn’t want to walk when they were told to walk to the next place. But he seldom let Daisy carry the gray kitten the kind blacksmith had let him take along. Daisy was afraid the kitten would be too much trouble, but Simon loved it so much, and she was glad he had this small joy.

Now they were walking toward a place where they were told to wait until dark and watch for a lantern lit on a post in the garden. “If the lantern’s not lit, don’t go near the house. It means the man of the house is home, and it’s not safe,” they had been warned.

The woods were thick with trees, and darkness was falling rap­idly. They still had not found the house. Simon was so tired, Daisy could hardly drag him along anymore.

“Hurry, Simon,” coaxed Daisy, “or we won’t find the house before it’s too dark to see.”

BOOKS IN THIS SERIES 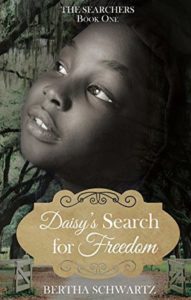 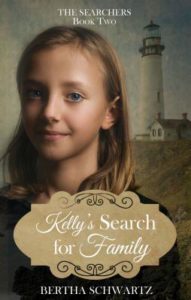 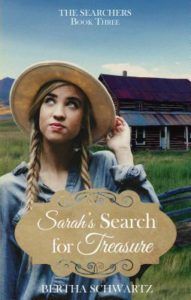 Bertha Schwartz is a Swiss Amish transplant to the beautiful farmland of Nappanee, Indiana. She loves spending time with family and friends, including fifty-two nieces and nephews. Her hobbies include scrapbooking, sewing, and reading. Raised near the lovely Swiss city of Berne, Indiana, Swiss is her mother-language. Languages and different dialects are a special interest of hers.

Enter via the Rafflecopter giveaway below. Giveaway will begin at midnight January 9, 2019 and lasts through 11:59pm February 4, 2019. Void where prohibited by law. Winners will be notified within a week of close of the giveaway and given 48 hours to respond or a new winner will be chosen.

January 10
Inklings and Notions
Reflections From My Bookshelves

January 11
Reflections From My Bookshelves
Inklings and Notions

January 30
Living Outside the Lines
Writings From a God Girl

January 31
Living Outside the Lines
Writings From a God Girl

6 responses to “Book Excerpt (and a Giveaway!): Daisy’s Search for Freedom by Bertha Schwartz”