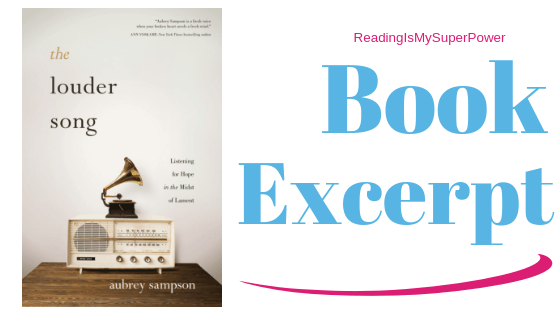 I’m excited to feature this book today, particularly as it deals with finding hope and purpose amid chronic illness/pain/autoimmune issues, something I know a lot about. In fact, the excerpt I’m featuring from the book really touched my heart. I hope it speaks to you too! 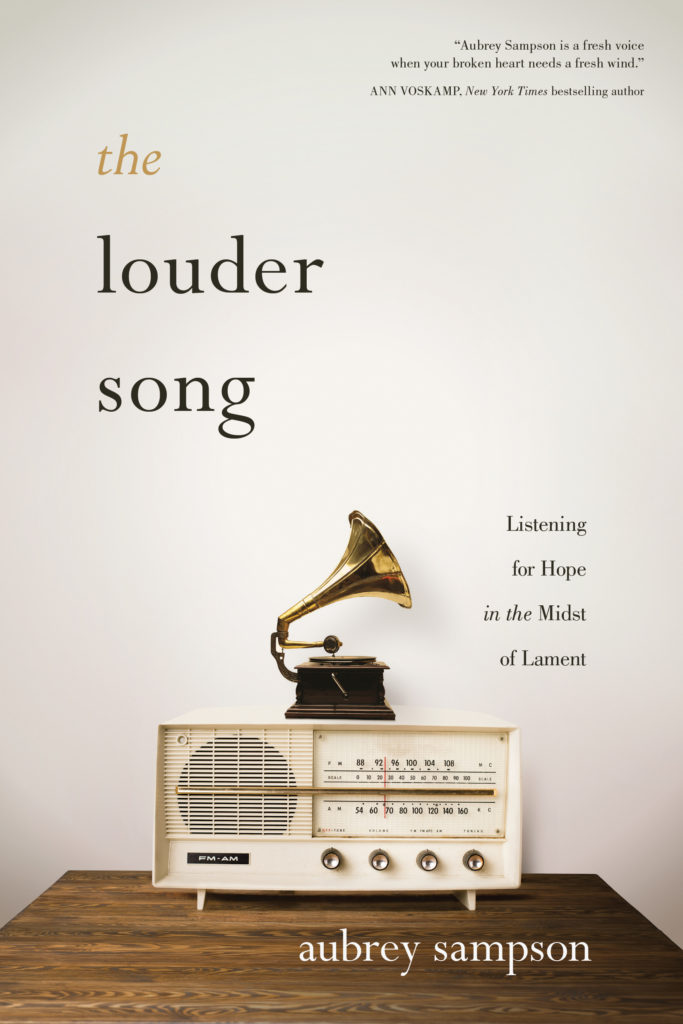 When you’re in the midst of suffering, you want answers for the unanswerable, resolutions to the unresolvable. You want to tie up pain in a pretty little package and hide it under the bed, taking it out only when you feel strong enough to face it. But grief won’t be contained. Grief disobeys. Grief explodes. In one breath, you may be able to say that God’s got this and all will be well. In the next, you might descend into fatalism. No pretending. Here, you are raw before God, an open wound.

There is a pathway through this suffering. It’s not easy, but God will use it to lead you toward healing. This path is called lament. Lament leads us between the Already and the Not Yet. Lament minds the gap between current hopelessness and coming hope. Lament anticipates new creation but also acknowledges the painful reality of now. Lament recognizes the existence of evil and suffering—without any sugarcoating—while simultaneously declaring that suffering will not have the final say.

In the midst of your darkest times, you will discover that lament leads you back to a place of hope—not because lamenting does anything magical, but because God sings a louder song than suffering ever could, a song of renewal and restoration.

After a year of struggling to understand what has been happening to my body, I finally, officially, have a diagnosis: rheumatoid disease or rheumatoid arthritis. In other words, my body tricks itself into believing that all 360 of its own joints are enemies. My body has turned Benedict Arnold.

Those of us with autoimmune issues are the anti-Spiderman. The venom flowing through Peter Parker’s body empowers him with strength and gravity-defying agility. The venom flowing through ours simply disempowers. But people move on because we look okay. It’s an imposition to ask friends to continue bringing meals day after day after day. How much longer can you justify paying someone else to clean the house? How much more care do you really need? So on top of the physical pain, you feel guilty for wanting help. You suffer in the worst possible way—silently.

When I gave birth, the amount of physical pain was indescribable, but I always knew it was leading to something. The baby boys I felt kicking and squirming inside of me, the sons I’d been dreaming about, would arrive soon. That type of pain, that kind of suffering has meaning. Labor pain accomplishes something.

If you suffer from any lingering season of pain, you know the secret I know. Unlike productive labor pain, ongoing pain creates chaos. It lingers and leads nowhere. Persistent pain has no beginning and no end. Chronic suffering is like white noise, always on in the background of your life.

Everyone fights some type of chronic battle and struggles to know what next steps to take. And all of us, no matter what we face, want to know that we aren’t alone, that hope exists on the other side, that this all isn’t some arbitrary joke life has decided to play on us. Ultimately, we want to know that our time in this wilderness will transform into a blooming, healing, beautiful, deep spiritual garden.

In the book of Lamentations, the prophet Jeremiah spends a lot of time grieving Jerusalem’s present pain in light of her past splendor. As he laments (cries out to God), Jeremiah looks backward: “In the days of her affliction and wandering Jerusalem remembers all the treasures that were hers in days of old” (1:7).

In other words, she, once great among nations, is now reduced to rubble and ash.

Though my chronic pain is minimal compared to the great suffering of the daughters and sons of Israel, like Jeremiah, those of us who suffer with a chronic disease have to lament backwards in order to move forward. Really, for anyone walking through seasons of difficulty, particularly when that difficulty seems like it will never end, an inevitable part of the process is wondering about the what-ifs or the if-onlys.

It’s perfectly legitimate, healthy even, to grieve for past pain and for alternate versions of the future. Because our what-might-have-beens are very real losses.

Laments that look back are known by scholars as laments of the dead. Aptly named, these laments grieve the death of another. Sometimes these laments are often not even expressed directly to God, because the circumstances cannot be changed. There is nothing to actually ask of God. Still, they are laments that articulate the incomparable sadness of the loss of a loved one, the loss of someone who once belonged to you. These laments say good-bye to the past.

Our what-could-have-been laments are similar. They are an expression of looking backward—not so that we get stuck in the past or stumble over it, but as a way to surrender the past to God and begin living wholly in the new reality in front of us.

In our former-glory laments, we grieve for the life that “should” have been. Think of Hagar and little Ishmael in Genesis 21 for a moment. We see a glimpse of a former-glory lament here. Hagar and her boy were banished to the desert because of Sarah’s jealousy. When they ran out of water, Hagar placed her little one under some bushes and sobbed, “I cannot watch the boy die” (verse 16).

Thankfully, the Lord heard the cries of mother and son, stepped in, and provided water for them, a well in the desert. As Hagar said good-bye to what should have been, God stepped in and took Ishmael down another path altogether. Ishmael grew up to marry an Egyptian woman, became an archer in the desert, had many sons who became a great nation, and lived 137 years. God was always with him (Genesis 21:20). Though this was not the life that Hagar had initially envisioned for her son, it was still a meaningful life with God.

As we read Scriptures like these, it seems clear that when God hears our cries—even if they aren’t directly spoken to him—he is moved to action. God never remains a passive listener. He is an involved God who wants our what-ifs. So one practical way to lament our what-could-have-beens is simply to note these feelings. Pay attention when a “what-if” is triggered. List them in a journal. Text them to a friend. Pray them aloud to God.

So lament your chronic pain. Lament your autoimmune disease. Lament your days on the couch. Lament your former glories and all of those what-ifs. God wants them all. He wants every burden, every broken path, every looking back.

But then, return your gaze to Jesus.

Listen for his voice, saying to you now, “Be strong and courageous, for I go with you—backward and forward, I will be there. I will never leave you nor forsake you—not now, not ever. I’m listening to your cries. I’m moving on your behalf. I’m here in this wilderness, providing a well in your what-ifs.”

Adapted from The Louder Song: Listening for Hope in the Midst of Lament by Aubrey Sampson. Copyright © 2019. Used by permission of NavPress. All rights reserved. Represented by Tyndale House Publishers, Inc. 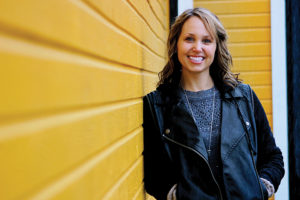 Aubrey Sampson is the Director of Discipleship and Equipping at Renewal Church in the Chicago area. A speaker, writer, and church planter, Aubrey offers an incredible perspective in the midst of trying experiences. She is the author of Overcomer, writes for Propel Women, and is a member of the Redbud Writers Guild. Aubrey enjoys hanging with her family, binge-watching Netflix, and collecting vinyl—mostly because she believes that no matter the difficulty we face, God turns the record over and writes a new song. Aubrey is currently earning her Masters in Evangelism and Leadership.

What about you? Do you have – or know someone who has – a chronic (often unseen) illness? What do you lament the most? How do you return your gaze to Jesus?

2 responses to “Book Excerpt: The Louder Song: Listening for Hope in the Midst of Lament by Aubrey Sampson”