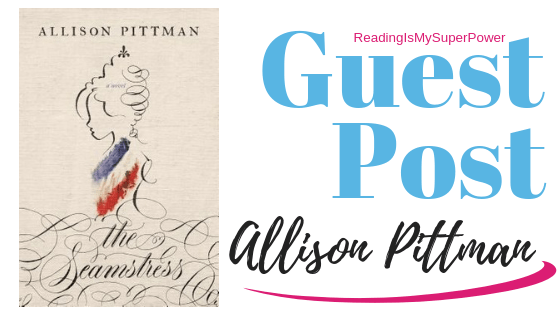 A Tale of Two Cities is my favorite Dickens’ novel, so I’m delighted today to welcome Allison Pittman to the blog to chat about her new novel The Seamstress and the French Revolution that inspired it. 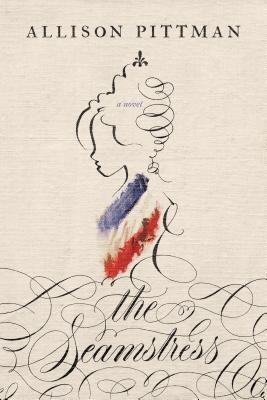 A beautifully crafted story breathes life into the cameo character from the classic novel A Tale of Two Cities.

On a tranquil farm nestled in the French countryside, two orphaned cousins—Renée and Laurette—have been raised under the caring guardianship of young Émile Gagnon, the last of a once-prosperous family. No longer starving girls, Laurette and Renée now spend days tending Gagnon’s sheep, and nights in their cozy loft, whispering secrets and dreams in this time of waning innocence and peace.

Paris groans with a restlessness that can no longer be contained within its city streets. Hunger and hatred fuel her people. Violence seeps into the ornate halls of Versailles. Even Gagnon’s table in the quiet village of Mouton Blanc bears witness to the rumbles of rebellion, where Marcel Moreau embodies its voice and heart.

It is the story that has never been told.

In one night, the best and worst of fate collide. A chance encounter with a fashionable woman will bring Renée’s sewing skills to light and secure a place in the court of Queen Marie Antoinette. An act of reckless passion will throw Laurette into the arms of the increasingly militant Marcel. And Gagnon, steadfast in his faith in God and country, can only watch as those he loves march straight into the heart of the revolution.

5 Unpleasant Outcomes of the French Revolution

In his novel A Tale of Two Cities, Dickens hits readers early on with the deplorable conditions of prerevolution France. France . . . rolled with exceeding smoothness down hill, making paper money and spending it. Under the guidance of her Christian pastors, she entertained herself, besides, with such humane achievements as sentencing a youth to have his hands cut off, his tongue torn out with pincers, and his body burned alive, because he had not kneeled down in the rain to do honour to a dirty procession of monks which passed within his view. His ironic tone might exaggerate the crisis, but there is no doubt that the rebels who took up arms in revolt against the ruling class did so out of desperation fueled by hunger and despair. If we were given just that tiny glimpse of history, we might be full on the rebels’ side. But history is never that easy; revolution is never that tidy. Soon the streets of Paris ran with the blood of those executed by the guillotine, and with it any noble ideals the starving rebels might have fought for disappeared, leaving behind a blank slate for a new world.

And this one wasn’t pretty, either. Here are a few glimpses into the downside of liberté, égalité, fraternité (freedom, equality, and brotherhood) that rose from the blood-soaked bricks of Paris.

So if you’ve ever been searching for a reason to be grateful for the existence of Napoleon Bonaparte, here it is. His rise to power put an end to the unruly mess of the first regime, and the Concordat of 1801 laid the groundwork for an only slightly awkward coexistence between France and the Catholic Church. Oh, and he also declared the new calendar a bunch of nonsense, which is good, because I have a hard enough time keeping a planner as it is! 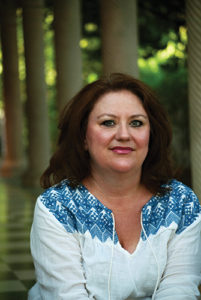 Allison Pittman, author of more than a dozen critically acclaimed novels, is a three-time Christy finalist—twice for her Sister Wife series and once for All for a Story from her take on the Roaring Twenties. She lives in San Antonio, Texas, blissfully sharing an empty nest with her husband, Mike. 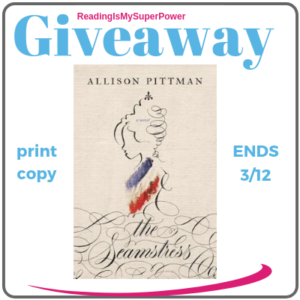 Tyndale Fiction is offering a print copy of The Seamstress to one of my readers! (US only) This giveaway is subject to Reading Is My SuperPower’s giveaway policies which can be found here. Enter via the Rafflecopter form below.

32 responses to “Guest Post (and a Giveaway!): Allison Pittman & The Seamstress”