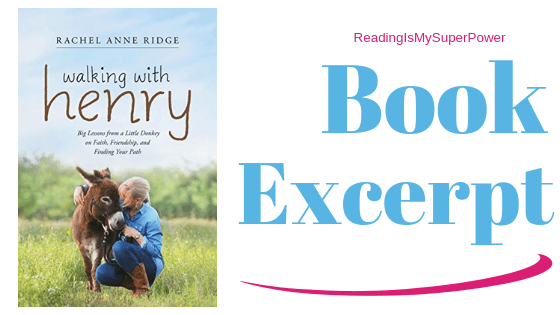 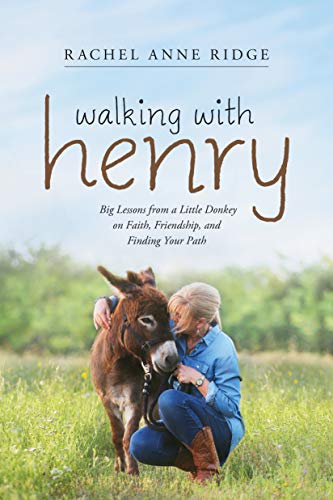 Just when you think it’s the end of your story . . . grace shows up.

Sometimes it arrives as a moment of joy in the middle of despair. Sometimes you find it next to a trusted friend along an old, well-trodden path. And sometimes, grace has fuzzy ears, a bristled mane, and hope for a new start.

Join Rachel Anne Ridge, author of the beloved memoir Flash, in a journey back to the pasture. As she adopts a second rescue donkey as a little brother for Flash—a miniature named Henry—she finds that walking with donkeys has surprising lessons to teach us about prayer, renewing our faith, and connecting to God in fresh ways.

Readers all over the world fell in love with Flash and with Rachel’s thoughtful, funny, and poignant stories about what life with a donkey can teach you. Now, meet Henry and join him on a walk that could change everything about how you hope, trust, and move forward from past regrets.

Dinner for Two: Why It Can Be So Hard to Trust God

As I was driving up to the barn, I could see Flash and Henry watching me closely before hustling over to investigate. I parked and went around to the back. I opened the hatch and the intoxicating aroma of fresh hay greeting me. Out of the corner of my eye, I saw Henry push Flash out of the way so he would have the best view.

My first mistake was putting the hay into one single pile for both to eat from. Yeah, not cool.

Henry wanted all of it.

He would not let Flash even get close. He bucked and kicked his striped little legs at Flash, then raced back and forth between Flash and the hay to keep him away. His rotund middle, with its light underbelly, swayed with each movement.

I scooped up half the hay and created a separate pile several feet away. Now they could both belly up to the bar and enjoy their portions.

Nope. Henry wanted his pile, and he wanted Flash’s pile.

It was a classic move by someone who had known scarcity.

When you’re not sure when—or if—you’ll get to eat again, you hoard what you have to avert the possibility of going without.

“Henry!” I tried to get his attention. “There’s plenty for both of you!”

Henry’s fixation affected his hearing. There was no talking sense to him.

Henry had a scarcity mind-set.

He was afraid there wouldn’t be enough.

He was afraid that if he didn’t fight for his share, he wouldn’t get any at all.

Henry would rather have done without by running himself ragged than risk Flash eating any of his portion.

He was so busy keeping Flash at bay that he couldn’t enjoy the bounty.

A scarcity mind-set had prevented him from experiencing the abundance all around him. 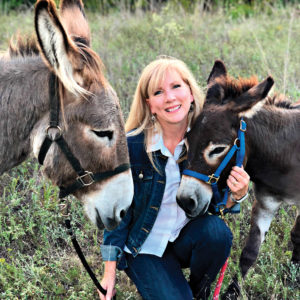 Watching Henry, I realized how easy it was for me to let the wounds of the past dictate my actions, even without realizing it. In the early 2000s, Tom and I had followed our dreams to create an art and mural business in the Dallas area. For many years, we had more projects than we could handle, and we loved using our talents to create beautiful spaces for people.

Then came the housing crisis. Projects became more difficult to find. Finally came that fateful day in September 2008, right at the brink of the banking and housing collapse. I vividly remember Tom and I working in the beautiful home of a banking executive, both of us listening to the news on our headsets. Would his bank be next? I could barely breathe, let alone hold a paintbrush steady.

“Please, God, let us finish this project and get paid before this bank goes under!” we urgently prayed. The stress and tangible fear of that moment in time is seared into my consciousness. We needed this paycheck because we didn’t have any other projects scheduled. It was as if a faucet had been wrenched shut—literally overnight no one was spending any money on luxury items. Least of all on murals and art.

Our client’s bank did fail, but not before the check cleared.

Tom and I breathed a sigh of relief, but the sense of our own personal failure had left its mark.

How could God have allowed us to follow our dreams, only to hang us out to dry? We’d poured our souls into doing something that made the best of our talents, that glorified Him, that provided for our family . . . and now our dream (and livelihood) was crushed. Maybe my ideas about God’s role in our lives were completely wrong.

It would take years to retool and recover. Meanwhile, our kids were launching into college and marriage, and there were other bills to be paid as well. Starting over at our age seemed impossible.

Even when endless goodness and bountiful provision are in plain sight, you worry that you won’t have enough, that you aren’t enough, that you’ll never be enough. You become possessive and afraid. At least that’s what I did.

Henry’s actions didn’t have anything to do with the present moment. They had everything to do with the wounds of his past. Flash wasn’t trying to take any of his hay—he wasn’t even bothering him. Henry’s survival instincts made him lash out, and Flash’s natural response seemed to confirm Henry’s anxieties. Flash kicked at Henry and tried to shove him out of the way.

Henry’s fears had become self-fulfilling. I knew all about that: I recalled how early in my art career, I was guilty of assuming someone might reject me because I didn’t have a college degree. Then I’d feel the need to point out my expertise to impress that person. Not surprisingly, I was often rejected—not because I lacked credentials but because I was trying too hard to prove myself. Yet to me, the rejection confirmed what I believed deep inside: I really wasn’t good enough.

As the weeks passed, I continued to watch Henry’s frenetic antics, and my heart swelled with compassion for this small donkey. He had been scarred by lack of food and was also starved for attention. No one had ever loved him. It had taken courage for him to trust us and begin to feel at home in these new surroundings. Rather than judge Henry, I wanted to help him overcome his wounds, to assure him there would always be enough of everything he needed. I wanted him to realize he could always trust me.

I was beginning to put two and two together. How much more does my heavenly Father look compassionately at me? At us? How much more does He want me and you to trust Him wholly? The psalmist distills it beautifully, apropos in this pastural setting:

The LORD is my shepherd; I have all that I need.

There is no lack. We shall not want for anything.

In our woundedness, in our fear of not being enough, or perhaps in our fear that God is not enough, we hide our true selves from others and from Him. My journey of rediscovering God and His purposes in the world wasn’t an easy path, but I was determined. In the midst of my struggles to make sense of things, I felt bedrock forming beneath my feet: God’s purpose is to restore all things in creation, including all that we lack within ourselves. He forgives our sins and heals all our diseases, tends to our wounds, and soothes the places that are tender to the touch.

After Jesus recounted the parable of the Good Shepherd to a gathered crowd, he assured them, “I came that [you] may have life, and have it abundantly” (John 10:10, NASB). He promised His life would course through our entire being, but we will experience that abundance only when we give ourselves completely to Him.

I sensed God whisper, See? You can trust Me.

Adapted from Walking with Henry: Big Lessons from a Little Donkey on Faith, Friendship, and Finding Your Path by Rachel Anne Ridge, releasing in March 2019 from Tyndale House Publishers. 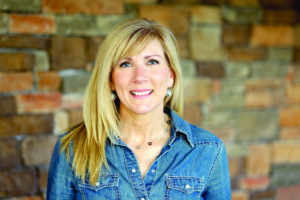 Rachel Anne Ridge is an artist and writer in Texas. Together with her husband, Tom, she bootstrapped her way through the Great Recession, raised three kids, and rediscovered God in the midst of the everyday juggle of life. Her blog, HomeSanctuary.com, helps women around the world find beauty and faith in the unexpected, and often unappreciated, moments life brings. Rachel’s Book, Flash, The Homeless Donkey Who Taught Me About Life, Faith, and Second Chances, reveals how God uses ordinary, sometimes humorous means to help us see Him­—and to change our lives forever. Rachel’s latest book, Walking with Henry, arrived in bookstores in March 2019 and is already a bestseller. She lives in Texas with her husband, Tom, is now a Nana to 5 littles, and has two adopted donkeys.

I don’t know about y’all but I needed to read that reminder today! ♥ What about you? What spoke to you from this excerpt?