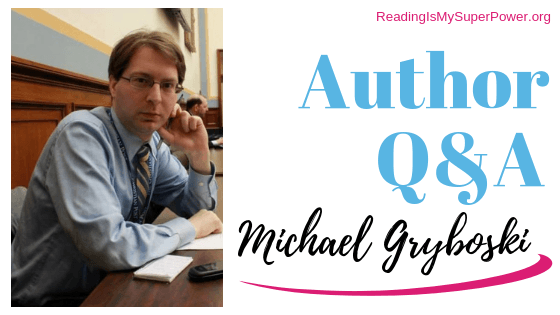 Please join me in welcoming Michael Gryboski to the blog today to chat about his new political fiction novel A Spiral Into Marvelous Light (Ambassador International, March 26)

Michael Gryboski was born and raised in the Washington, DC metropolitan area. He graduated from George Mason University with a bachelor of arts and then a master’s, both in history. In addition to writing fiction, Michael also writes news articles for a living. Michael would rather be correct than widely accepted. 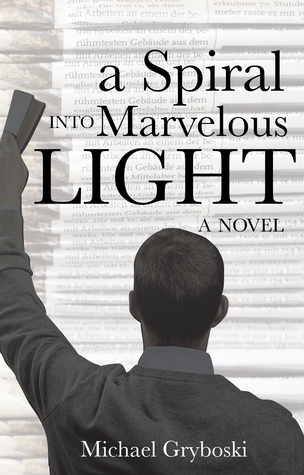 For decades, the Reverend Sammy Milton was a force in American politics.

An outspoken leader of the Religious Right, Milton divided his time between evangelizing the lost and galvanizing conservative voters. His rhetoric was polarizing, his positions were divisive, and he garnered many enemies over the years. When news outlets carried word of his death, many openly expressed joy at his passing.

Scott Addison was a product of his time.

A liberal journalist working in the Nation’s Capital, he cared little for religion one way or the other. He held, like so many of his peers, a thoroughly negative opinion of the infamous figure. On the day Milton died, Addison was assigned to write an in-depth story meant to bury the fundamentalist preacher in vitriol. He expected the piece to be an easy one.

However, as he talked with those who knew Milton, both friend and foe alike, Addison’s image of the late preacher became more complicated.

Far from a simple assignment, the story would take him to places he never thought possible.

Hi Michael! Welcome to the blog!

Michael: Tea, especially sweet or lemon flavored. I never really got into coffee. I am not morally opposed, I just never developed the habit.

Carrie: I have never developed the habit of either one.

Michael: I like both, but I prefer Netflix for its variety of programs. And this is something, since years ago I used to work for Blockbuster and part of my job was to steer folks away from Netflix to Blockbuster Online.

Michael: Music. I like having something melodious in the background while working. An audiobook would be too distracting.

Michael: Print. I spend too much time in front of screens as it is.


Carrie: I do love print books, but ebooks are nice for traveling 🙂

Michael: The power to read people’s minds. So much of my work as a journalist and my academic studies as a history student involved understanding different worldviews and mentalities. So why not?

Carrie: that would definitely be a helpful superpower to have!


Michael: Two I can think of. One is that I will oftentimes act out a scene before I start writing it. This is a byproduct of my 2 years in high school drama. Also, I sometimes find a song on CD or YouTube that I think makes a good “theme song” for my novel and to get into the mood of writing a manuscript, I will listen to the song at least once.

Carrie: I act out scenes in my head when I read them, so I totally get that 🙂


Q: Were there any songs that inspired you as you wrote A Spiral Into Marvelous Light?

Michael: Yes, indeed. For A Spiral Into Marvelous Light, the two that were especially powerful for me were the sacred songs “Beulah Land” and “Midnight Cry.”

Carrie: Two of my faves!


Q: If Hollywood wanted to produce A Spiral Into Marvelous Light as a movie, who would you want to be cast as the lead roles?

Michael: I would definitely like, at the least, a small or medium-sized role. I do have some acting experience at the high school level. But more than that, I would like creative control over the project. I have heard movies often do not do books justice. I would like to prevent that.

Carrie: Oh that would be fun (to act in the movie) – and definitely, creative control is a must I think.

Michael: That would come from the character Johnny Canker when the disgraced televangelist explains to the journalist Scott Addison that “I am only good at two things—preaching the Gospel and making a fool out of myself.” I liked it because it showed a great self-awareness that Canker has about himself. It also notes that the fact that the Gospel has also been preached and advanced by flawed people. Indeed, every evangelist who will ever live will be flawed, but God can work even through them and even through us.

Carrie: Amen – so thankful that He does


What about you? What interests you about this book?