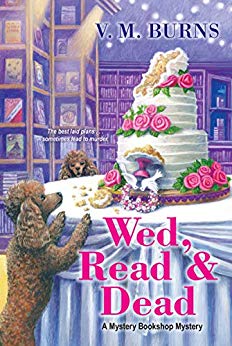 Sam’s mother can’t wait to wed her wealthy beau, Harold Robertson. The big mystery is how they’re going to pull off a lavish wedding in three weeks. Harold’s snobby sister-in-law proposes a solution: engage flamboyant wedding planner Lydia Lighthouse. But their beacon of hope quickly sends everyone into a blind rage, most of all the groom-to-be. So when the maddening micromanager is strangled with her own scarf, it’s a shock, but not a surprise.

It’s a case of art imitating life as Sam pens her next historical mystery set in England between the wars. Lady Daphne Marsh insists on marrying Lord James Browning on Christmas Eve, three weeks hence. But when the fop planning their wedding ends up with a knife in his back, she vows to nab the backstabber before she walks down the aisle.

Meanwhile, when she’s not writing, Sam and her beloved and boisterous Nana Jo rush to shine a light on Lydia’s killer—so her mother’s new husband won’t spend his honeymoon behind bars . . . 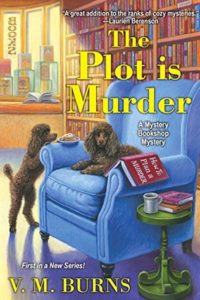 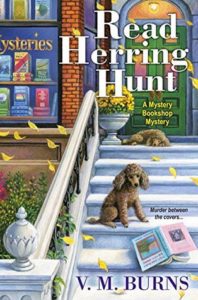 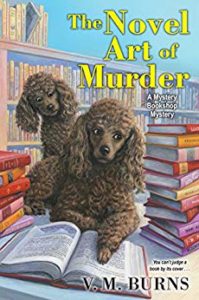 The main character Sam is a young widow who is starting over with a new love and a couple of new careers – writing British historical cozies (how’s that for specific?) and running a mystery bookstore. Her family and friends who’ve become family are a very important part of her life, so she’s rarely sharing the scene with less than a handful of other people. Between her sassy Nana (who would purse whomp if she knew about my coined term, I’m sure of it), her sister and brother-in-law, her nephews, her mom, her mom’s fiance, her new boyfriend Frank, the Sleuthing Seniors (seriously, Irma cracked me up), and the college kids who help out in her store there are a lot of characters to fall in love with. Combined with the suspects and two adorable & heartwarming subplot characters, it could feel a bit crowded but it doesn’t at all. Everyone contributes to the plot in some way and the author maintains a seamless flow.

I also loved how the mystery Sam is writing becomes a story within the story that adds a bit of split-time genre to the mix, as well as helping Sam flesh out the real life mystery as she writes. Burns is clearly multi-talented as “Sam’s” novel is just as entertaining as the “actual” novel.

Bottom Line: Smooth writing, engaging characters, wit, humor (Irma!) and a multi-layered mystery that kept me guessing until very close to the end means I have a new fave author! Add in a bookstore setting & I’m eagerly waiting more books 🙂 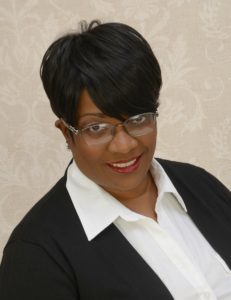 V.M. Burns was born in Northwestern Indiana and spent many years in Southwestern Michigan on the Lake Michigan shoreline. She is a lover of dogs, British historic cozies, and scones with clotted cream. After many years in the Midwest, she went in search of milder winters and currently lives in Eastern Tennessee with her poodles. Her debut novel, The Plot is Murder was nominated for a 2017 Agatha Award for Best First Novel. Valerie is a member of Mystery Writers of America, International Thriller Writers, and a lifetime member of  Sisters in Crime. Readers can learn more by visiting her website at vmburns.com 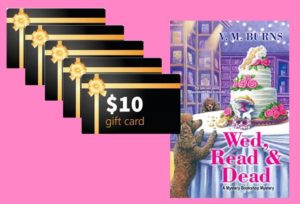 What about you?  What interests you most about this book?

5 responses to “Book Review (and a Giveaway!): Wed, Read and Dead by V.M. Burns”