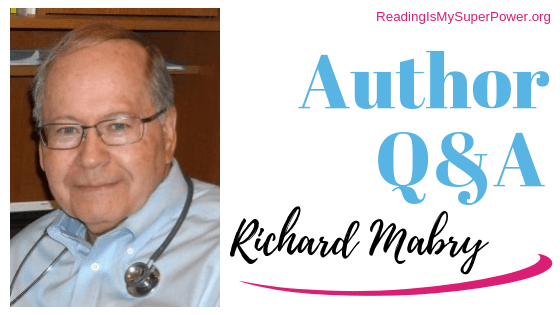 It’s always a treat to get a chance to chat with today’s guest – Dr. Richard Mabry! He’s here to chat about his new book, Bitter Pill. You can check out my review HERE.

Dr. Richard Mabry is a retired physician, now writing “medical mystery with heart.” His novels have garnered critical acclaim and been finalists for ACFW’s Carol Award, both the Romantic Times’ Inspirational Book of the Year and Reviewer’s Choice Awards, the Inspirational Readers’ Choice, and the Selah Award. He is a member of the American Christian Fiction Writers, the International Thriller Writers, and Novelists Inc. Bitter Pill is his latest novella. 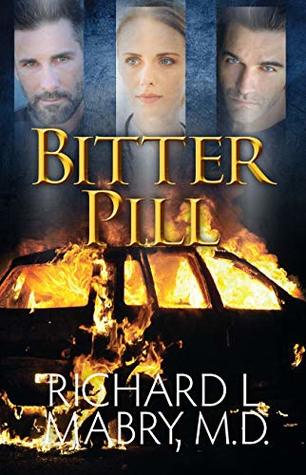 “Brother” Bob Bannister is content with his life and his itinerant healing ministry, until one night he finds that the woman who walks off the stage under her own power isn’t one of his shills. At that point, doubts begin to intrude on his previously untroubled existence.

Dr. Abby Davis is tired of her family practice and at odds with God. Dealing with critically ill and dying patients has crushed her spirit to the point she’s ready to quit. But she soon realizes that there’s more to healing than ministering to the physical body.

Scott Anderson was the oldest graduate of his seminary class. Then again, most of them hadn’t turned away from a medical practice, hoping to atone for past mistakes (including his wife’s death) by ministering to men’s souls. Now he hopes he hasn’t made a colossal mistake in switching careers.

Each of these individuals becomes linked to the other, and each finds that God has a purpose for them—but, as it often does, the lesson comes with discomfort.

Q: What are some little-known facts about you?


Richard: Background in music, serving as minister of music for fledgling Baptist congregation while in service (in Azores) and in civilian life (in TX); involved in baseball from a very early age, including playing and coaching; love sports, and have met numerous figures from golf, baseball, and football; biggest struggle now is trying to convince my wife that sitting in my office, gazing at the ceiling, is really preparing to write!


Carrie: haha! I can see that from your wife’s perspective as well 😛  You have such a varied background – this must be part of what makes your characters so layered, too.


Q: What sort of background do you have in writing?


Richard: None (unless you count writing medical articles and texts). I sort of backed into writing after trying (and finally succeeding) to write about my struggles after my wife’s death. Proud that book, The Tender Scar, is still in print after a decade. White at that Christian writing conference, I was challenged to “get into” fiction, so I did—and it only took four novels and forty rejections over four years before I got my first fiction contract.

Carrie: We are thankful you pressed on through those rejections!


Richard: It started with a single line, one that won a contest from a woman who became my agent: “Things were going along just fine until the miracle fouled them up.” The book lived on my computer for almost a decade, went through many revisions, and I almost didn’t publish it because it wasn’t like my usual books.

Carrie: I love that line & I’m so glad you published it. It’s one of my faves of your books, for sure!


Q: Do you have any favorite lines/scenes from this book?


Richard: From Pastor Ed Farmer, who’s preparing to undergo surgery: “We’re told in Scripture that walking in the footsteps of our Lord isn’t a path of ease. Quite the opposite. But I don’t think any of us are prepared for the bitter pill we’re sometimes asked to swallow. This is one of those.”

Carrie: I quoted part of that section in my review – it struck me as so poignant and true. Grateful that God IS prepared even when I’m not… and that nothing surprises Him.


Q: In Bitter Pill, what is the hero’s biggest fear?


Richard: Scott Anderson fears he has made a big mistake, leaving a successful surgical practice to go to seminary and eventually accepting a position as associate pastor of the congregational church in Goldman. His fears blossom when he’s asked to preach.


Carrie: I really enjoyed getting to know Scott while I read Bitter Pill! His fears/struggles were authentic and with no easy answers, making his character that much more relatable.


Q: What about the heroine? What’s her biggest fear?


Richard: Dr. Abby Davis is burned out from giving emotional support to many of her patients. This wasn’t what she signed up for as a family practitioner, but she soon finds that she fills a deeply needed niche.


Carrie: that niche she fills IS so needed. I would love to follow-up with her – and Scott – a few months or years down the road. 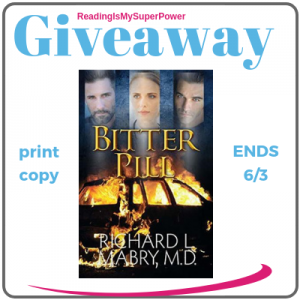 Richard Mabry is offering a copy of Bitter Pill to one of my readers! (Winner’s choice of ebook or print. Print is available to US addresses only. Ebook is available to international addresses, except where prohibited by law, as long as winner can accept from US Amazon.) This giveaway is subject to Reading Is My SuperPower’s giveaway policies which can be found here. Enter via the Rafflecopter form below.


What about you? What’s something new you learned during this fun Q&A?