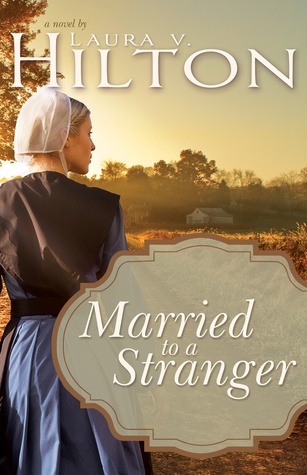 He marries her out of need. She marries him to escape. What does love have to do with it?

When her father falsely accuses a stranger of dishonoring her, Bethel Eicher finds herself promised in marriage to a man she’s never met. Not exactly a dream come true, but since she has spent several years caring for her handicapped mother, she’s already considered an old maid at twenty-five—and she longs to escape her lonely life as permanent caregiver.

When newly-called Amish preacher Gideon Kaiser learns he’s been accused of a dishonorable act, he’s horrified. But his wife died in childbirth and his baby needs a mother, so he figures marrying a woman he’s never met could be beneficial.

How can Bethel and Gideon possibly make their marriage work—especially when the truth behind the accusations is revealed? 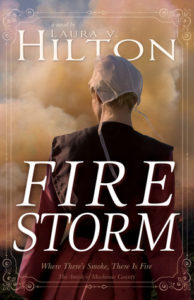 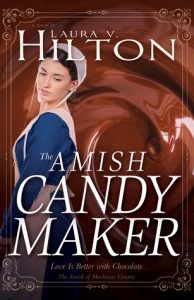 “You can’t ride in all directions at the same time.“

Whew! Pardon me a moment while I keep fanning from those swoonilicious scenes between Gideon and Bethel. Married To A Stranger is going in the KissingBooks 101 file for sure!

Ok. I think I’ve recovered enough to sufficiently talk about this book in something coherent and not just aldgkdskdlsksk 😉

Marriage of convenience is one of my favorite tropes in romantic fiction, and Hilton delivers one that is sure to tug on all your emotions. Don’t worry, though, this isn’t a heavy or depressing book. There are some scenes that may leave you teary-eyed or anxiously holding your breath, but there’s also plenty of humor throughout, as well as heartwarming moments, some delightful surprises, and those swoony scenes I mentioned earlier.

While Hilton certainly excels at pulling a variety of emotions out of her readers, she also excels at creating layered characters you’ll easily embrace and root for during their own stories – and any time you see them on the pages of her books thereafter. Gideon and Bethel are no different, from their conflicted emotions to the way they’ve been connected all along (loved this! it was responsible for some delighted grins AND a few tears on my part) and even their sizzling chemistry.

Speaking of dear & delightful characters, Bishop Miah is around once again to offer words of wisdom… some which make sense and some which don’t (until later) but that’s part of his charm and why I love him. There are also visits with familiar faces such as Gabe & Bridget and Isaac & Agnes – and some characters whose stories I hope are coming soon! I want to know about Bethel’s sister… about Gideon’s sister… about Kish… I NEED MORE!!! (I’m trying to appear to be patient. Am I succeeding? lol)  Each book reads well as a standalone too, but each book is also excellent in its own right and needs to be read ASAP!

Bottom Line: Once again, Hilton combines multi-dimensional and relatable characters with wit, sizzle, heart, and faith to deliver a story that draws you in from the very beginning and keeps you absorbed in the plot until the very end. The situation in which Gideon and Bethel find themselves is complex and emotional – no easy answers to be had, no clear-cut options to be seen. (There are kisses, though! Swoonilicious, oh-yeah-they’re-married kind of kisses.) Married to a Stranger gives us a story you can sink your heart into, truth you can embrace for your own heart, and a Jesus you can trust to redeem and restore the broken places of your life.

(I voluntarily reviewed a complimentary copy of this book which I received from Celebrate Lit. All views expressed are only my honest opinion.)


KissingBook Level: 5 / Stick your head in the freezer! 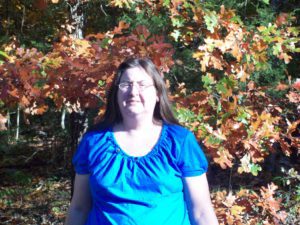 A member of the American Christian Fiction Writers, Laura V. Hilton is a professional book reviewer for the Christian market, with more than a thousand reviews published on the Internet.

Laura’s first series with Whitaker House, The Amish of Seymour, includes Patchwork Dreams, A Harvest of Hearts, and Promised to Another. In 2012, A Harvest of Hearts received a Laurel Award, placing first in the Amish Genre Clash. Her second series, The Amish of Webster County, consists of Healing Love, Surrendered Love, and Awakened Love, followed by a stand-alone title, A White Christmas in Webster County. Laura’s last series, The Amish of Jamesport, includes The Snow Globe, The Postcard, and The Birdhouse. Prior to Married to a Stranger, Laura published Firestorm, Love by the Numbers, The Amish Firefighter, and The Amish Wanderer.

Previously, Laura published two novels with Treble Heart Books, Hot Chocolate and Shadows of the Past, as well as several devotionals.

A member of American Christian Fiction Writers, Laura earned a business degree from Ozarka Technical College. She and her husband, Steve, have five children and make their home in Arkansas. To learn more about Laura, read her reviews, and find out about her upcoming releases, readers may visit her blog at http://lighthouse-academy.blogspot.com/.

Other Books by Laura V. Hilton 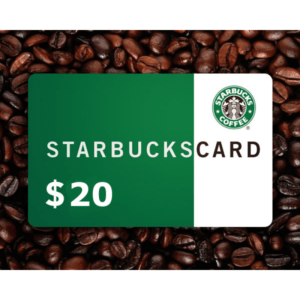 To celebrate her tour, Laura is giving away a grand prize of a $20 Starbucks Card and a surprise book!!

16 responses to “Book Review (and Giveaway!): Married To A Stranger by Laura V. Hilton”