Welcome to the Blog + Review Tour for Stories of the Night by Lauren Smyth, hosted by JustRead Publicity Tours! As part of the tour, I’m delighted to welcome Lauren to the blog today to chat about the 4 elements that most influenced her novel!

Alisen, a teenage girl, is routinely awakened by the same terrifying dream.

The nightmare gets more detailed and longer every night, but the terror remains the same. She tries to dismiss it as something she ate, or maybe a book she read, but then she meets Kale.

Kale is having the same nightmares.

Believing there must be a deeper meaning, Alisen and Kale delve into politics and biblical prophecy. Together, they discover that everything in their dreams has a counterpart in real life, which leads them to believe that something terrible is coming. Is there any way avoid this catastrophe and save thousands of lives? Or will their worst dreams come true? They must choose whether to turn to God or to each other to save them from the very end of the world.

Stories of the Night combines political intrigue, biblical prophecy, and military adventure into a suspenseful story that leaves the reader with the choice of where to place their ultimate hope. 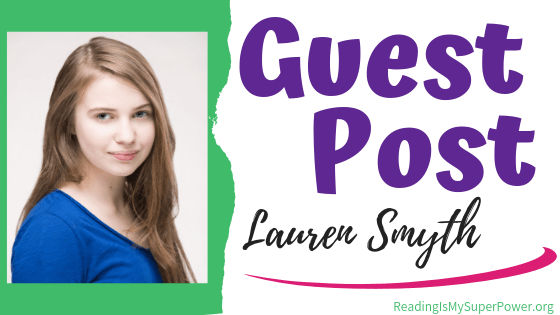 First of all, thank you so much for having me on your blog!

Before I wrote Stories of the Night, I had just finished my second manuscript, and I found myself stuck in writer’s block. Months went by, during which I didn’t even open Word to jot down an idea. Eventually, and very suddenly, four apparently unrelated things came together: the Civil Air Patrol, repetitive dreams about closets, an Italian composer named Ludovico Einaudi, and my best friend. These four things carried me from the first idea all the way to the story’s end.

Stories of the Night was originally inspired by the Civil Air Patrol (the “official auxiliary of the United States Air Force” that teaches teenage cadets about aviation and military careers). The first week I attended Civil Air Patrol, I was surprised by how militaristic it was – all the cadets wore uniforms, there was a rank structure, and everything was done according to strict protocol. What would happen, I wondered, if the Civil Air Patrol was forced to act like the Air Force and participate in combat? During World War II, the Civil Air Patrol protected the U.S. coast and collectively had over 500,000 mission hours, so I needed to think of a situation as extreme as World War II. Add in elements from a recurring dream I’d been experiencing for years, and there you have the main plot of Stories of the Night: Alisen experiences repetitive dreams about the end of the world, centered around a military organization she’s never heard of, that eventually force her to decide whether or not she will trust the dreams to predict the future.

Writing the manuscript was a turbulent road – literally, because a significant portion of the book was written while traveling. I learned several things while writing on the airplane: noise canceling headphones aren’t enough to block out snoring passengers, and music is the consistent ingredient in my writing process that keeps me focused no matter where I am (or how loud the snores are). I don’t remember the exact song I kept on repeat while writing, but it was one of the magnificent piano pieces composed by Ludovico Einaudi. His music kept me glued to the manuscript, writing even when I was exhausted from layovers or delayed flights. When I couldn’t write anymore, I played his music on the piano at home or anywhere I could find one. I doubt I would have finished the manuscript without his music. It fueled the entire middle of Stories of the Night.

The hardest part of the manuscript to finish was the end, because, at first, I didn’t have a clear idea of how the story was supposed to close. Keeping spoilers at a minimum, the main character finds herself in captivity and is forced to watch a close friend die at the hands of their captors. When I first began writing, I hadn’t intended for this character to die, but letting them survive past this point didn’t seem realistic. It was my first experience where a significant part of the story didn’t go even close to the way I’d planned it, and it left me with writer’s block. What now, I wondered? I paused, did some thinking, and returned to the keyboard with a mission. I ended the book …

… and then I had a different idea, inspired by my best friend and my own experience with vivid dreams, which resulted in a rewrite of the ending. How would this friend react to having dreams like Alisen did? The thought crossed my mind so briefly that I almost didn’t notice it, but it became the book’s true ending.

I’m grateful to everyone who influenced my writing along the way – my parents, my best friend, the Civil Air Patrol cadets, and a clerk at CVS who shared a key character’s name. Alisen couldn’t have survived without you!

Lauren Smyth is a sixteen-year-old homeschooler with a passion for writing, acting, and music. As the daughter of an Air Force fighter pilot and university professor, she has lived in many places across the United States and Europe, from which she gained her love of travel and foreign languages. She currently lives in Ohio with her parents and her two cats.

Full tour schedule shown below. Giveaway will begin at midnight July 8, 2019 and last through 11:59 PM EST on July 15, 2019. Winner will be notified within 2 weeks of close of the giveaway and given 48 hours to respond or risk forfeiture of prize. Print US only. Ebook available internationally.

5 responses to “Guest Post (and a Giveaway!): Lauren Smyth & Stories of the Night”