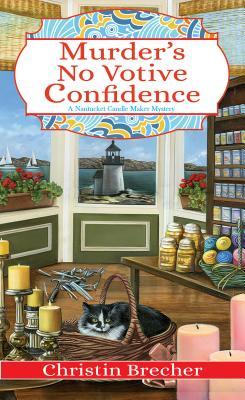 Nantucket candle store owner Stella Wright specializes in creating unique candles for every occasion. But someone sets the stage for murder when a Memorial Day celebration becomes a wedding to die for . . .

Jessica Sterling’s candlelight-themed nuptial promises to be the perfect kick-off to the summer’s first official holiday weekend. Stella’s thrilled to have been chosen to provide the decorative centerpiece for the wedding ceremony: a two-foot, tall scented unity candle—a symbol of the happy couple’s love. But it looks like the bride-to-be’s uncle won’t be walking his niece down the aisle after he’s found dead. The murder weapon is Stella’s seemingly indestructible candle, now split in two.

When a beloved local bartender is arrested, Stella’s sure a visiting police Captain running the case made a rush to justice. With superstitious brides-to-be cancelling orders and sales waxing and waning at her store, the Wick & Flame owner decides to do some sleuthing of her own. Abetted by a charming reporter and challenged by the town’s sexiest cop, Stella’s determined to shine a light on the truth and uncover a killer who’s snuffing out her own flame.

I love scented candles, and the art of mixing different scents into something pleasing that makes you think of your favorite season or memory or book, etc. fascinates me. So when Murder’s No Votive Confidence came across my radar, it was a no-brainer for my TBR pile.

The Nantucket setting complements the candle-making hobby nicely – there’s something about a seaside island town that seems to just encourage you to make candles. Stella’s keen nose for scents – and her ability to match people with scents that represent them – not only makes her business successful but also her sleuthing. The author does a great job of incorporating this aspect to the plot without stopping the story to go into the step-by-step details of candle-making. Instead, these notes are tucked away at the end of the book, where I prefer them to be.

Stella is a very likable heroine, and my friends-to-more kissingbook senses are on high alert around her childhood friend (and town’s sexiest cop) Andy … even though new-in-town reporter Peter seems to have temporarily stolen her affections. Peter has his good points, to be sure, but he just kept showing up too frequently out of the blue for my tastes. And I’m partial to best friends falling in love, so my vote is for Andy! All of the secondary characters are likable, for that matter, but they also could have been developed a bit more – something I’m looking forward to in the rest of the series!

Bottom Line: Murder’s No Votive Confidence is a great debut for the author as well as the series. Delightful characters (including & especially Tinker the cat) keep the story moving at a steady pace amid the chaos of a festival, a wedding, and a murder. There’s a slight romantic angle involving the heroine Stella – and two possible love interests (I’m pulling for Andy!) – and I’m curious to see how that plays out. A clever niche as well for the series, the candle making aspect of the story was lots of fun!

Reviewer’s Note: readers may want to be aware that Murder’s No Votive Confidence does contain somewhat frequent (and occasionally strong) profanity. 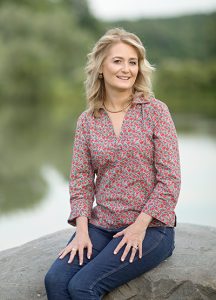 Christin Brecher was born and raised in NYC, where her family and many childhood friends still reside. As such, she feels she is as much of a small-town girl as any. The idea to write the Nantucket Candle Maker series sprang from her life-long connection to the small island off the coast of Massachusetts. Spending summers there as a child, Christin read from her family’s library of mystery novels, after which she began to imagine stories inspired by the island’s whaling heyday, its notoriously foggy nights, and during long bike rides to the beach. After many years in marketing for the publishing industry, followed by years raising her children, Murder’s No Votive Confidence is Christin’s debut novel.

What about you? What’s your favorite candle scent or brand?

9 responses to “Book Review (and a Giveaway!): Murder’s No Votive Confidence by Christin Brecher”