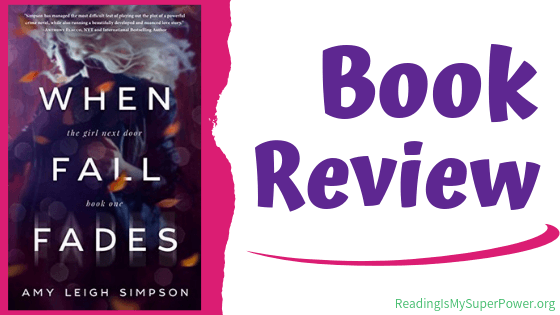 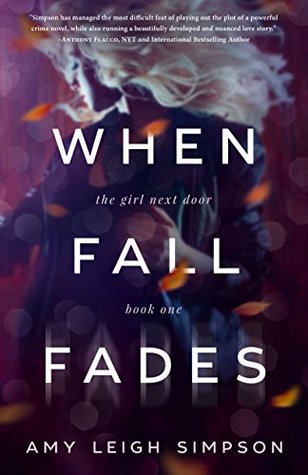 Named USA Today’s Happy Ever After – Must Read Romance!

Sadie Carson is an expert on unfinished business. Five years after the derailment of her dreams she’s just barely existing, using her job as a hospice nurse to give others the one thing she can’t seem to find-closure. So when her elderly neighbor Charlie, a brilliant conspiracy nut known for harassing the FBI, is murdered, Sadie suspects Charlie might’ve been onto something and intends to make sure someone solves the mystery of her friend’s death, even if it’s her.

The feisty little blonde may have found the victim’s body, but FBI Special Agent Archer Hayes has no intention of letting some nosy civilian interfere with his investigation. The guilt he feels is bad enough. The last thing Archer needs is another distraction to haunt him. Especially one as beautiful and beguiling as the girl next door. But throw in a mountain of hoarded evidence and suspiciously coded journals and the case takes a puzzling turn toward a decades old conspiracy cover-up from World War II-one only the victim’s closest confidant can help untangle. Sadie and Archer reluctantly join forces to decode the riddle of secrets Charlie carried to his grave. Or did he? Someone is after a dangerous truth. But to uncover it or bury it is a question that leads the unlikely pair on a quest for redemption that lands Sadie in the crosshairs of a desperate killer.

And when the dangers of the past and present collide Archer must fight to save the life of the woman he’s falling for . . . only to discover he might be the one in need of saving. 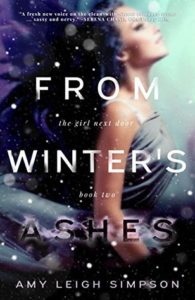 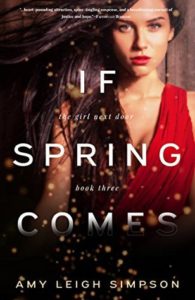 “Was he really what he seemed? The yummy bad boy you can’t help but crave somehow remarkably paired with a huge tender heart?“

Whew. Pardon me as I continue to fan myself whilst writing this review. Special Agent Smolder indeed 😉

This is one of the books that I’ve been meaning to review since I started the blog. (Yes, yes I am hanging my head in shame.) My book sister Faithfully Bookish has been swooning over this series for a while now, and it called to me repeatedly on my Kindle. But, alas, so many books & so little time and it kept being pushed a little farther down on the pile thanks to the tyranny of the urgent. Finally, I just ignored the urgent and settled in for this sizzling-but-still-clean romance simply because I wanted to. (Isn’t that why I started blogging in the first place? LOL)

Wowza! Archer is super-swoony, all yummy-dark-and-brooding-dangerous-special-agent coupled with a dose of tenderness, too. And Sadie is a feisty bundle of sass with a sweet heart who you can’t help but perpetually smile at. Both struggle with inner brokenness and survivor’s guilt – in their own way – yet their hearts (and bodies!) have the kind of instant connection that leads to some intense fireworks and steamy sizzle (that stays just on the safe side of ‘clean’ even while being occasionally evocative).

Speaking of intense… the SUSPENSE kept me on the edge of my seat and glued to the pages. Once you’ve started reading, don’t plan on doing trivial things like sleeping (even breathing is iffy sometimes) until you’ve reached the end. The tension kicks off right from the start and continues to stay razor sharp and on point all the way through.

Bottom Line: When Fall Fades is a thrilling debut novel from Amy Leigh Simpson! Multi-dimensional characters in a race to solve a murder before they become the next victims, plus a swoonilicious romance with plenty of steam, keep the tension high from beginning to end. This series is going to be a new fave, and I can’t wait to catch up on the other two books!


KissingBook Level: 5 / read from the safety of your freezer


Reviewer’s Note: Readers may want to be aware that there is a fairly graphic assault scene that may be a trigger for some. 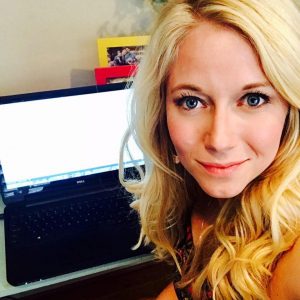 Amy Leigh Simpson writes romantic suspense with honesty and humor, sweetness and spice, and gritty reality covered by grace. When she’s not stealing moments at naptime to squeeze out a few more adventures in storyland, she’s chasing around two tow-headed miscreants (Ahem)—boys, playing dress up with one sweet princess baby, and being the very blessed wife to the coolest, most swoon-worthy man alive. Amy is a Midwestern-girl, a singer, blogger, runner, coffee-addict, and foodie. Her Sports Medicine degree is wasted patching up daily boo-boos, but whatever is left usually finds its way onto the page with fluttering hearts, blood and guts, and scars that lead to happily ever after.

What about you? What interests you most about When Fall Fades?