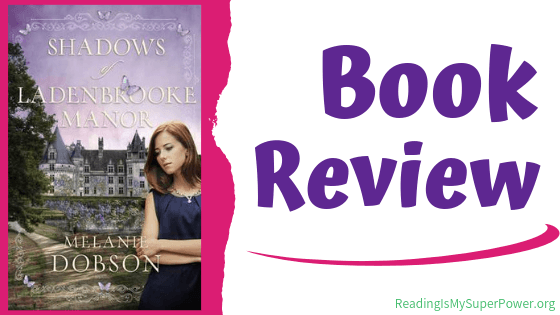 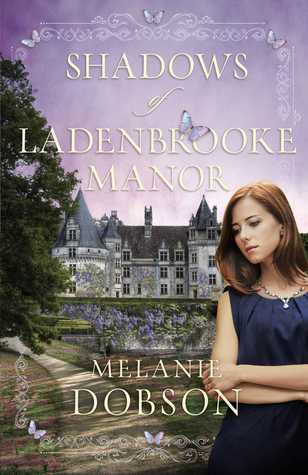 When Heather Toulson returns to her parents cottage in the English countryside, she uncovers long-hidden secrets about her family history and stumbles onto the truth about a sixty-year-old murder.

Libby, a free spirit who can’t be tamed by her parents, finds solace with her neighbor Oliver, the son of Lord Croft of Ladenbrooke Manor. Libby finds herself pregnant and alone when her father kicks her out and Oliver mysteriously drowns in a nearby river. Though theories spread across the English countryside, no one is ever held responsible for Oliver’s death.

Sixty years later, Heather Toulson, returning to her family’s cottage in the shadows of Ladenbrooke Manor, is filled with mixed emotions. She’s mourning her father’s passing but can’t let go of the anger and resentment over their strained relationship. Adding to her confusion, Heather has an uneasy reunion with her first love, all while sorting through her family’s belongings left behind in the cottage. As Heather digs, she finds a mysterious journal that belonged to a woman she never knew and it contains clues that lead to the truth about a mysterious drowning decades ago. What she uncovers will change everything she thought she knew about her family’s history.

Award-winning author Melanie Dobson seamlessly weaves the past and present together, fluidly unraveling the decades-old mystery and reveals how the characters are connected in shocking ways. Set in a charming world of thatched cottages, lush gardens, and lovely summer evenings, this romantic and historical mystery brings to light the secrets and heartaches that have divided a family for generations.

“She seemed to understand what so many people did not. That happiness was not found in trying to pigeonhole one’s self into another’s ideal. Happiness was found in embracing all you were created to be.”

Melanie Dobson is hands-down one of my favorite authors, but I came late to the party, only discovering her books with Catching the Wind in 2017. Needless to say I’ve got some catching up to do, and this book – Shadows of Ladenbrooke Manor – finally called my name more loudly than any of the other books in my TBR universe so I’m starting here 🙂 I’m also warning you that this will be a long review because there’s so much I want to say.

Y’all know that romance is usually the high priority for me in a novel, and there is a lovely romantic thread in Shadows of Ladenbrooke Manor, but for once it wasn’t what makes this one of my top reads. That honor goes to two characters – Libby, an almost otherworldly character whose story alternately brought tears and laughter and the desire to just hug her, and Walter Doyle, a husband/father who wants to do the right thing but struggles to process the disappointments he’s been dealt without hurting those he loves. Today, we would say Libby is on the autism spectrum but in the 1950s/60s part of this dual timeline novel they didn’t have that much knowledge – or vocabulary – about autism. As a result, Dobson treats us to tender insight into Libby’s complex personality, highlighting what makes her so special, what makes it so difficult for her to fit in (even with her family) and what makes the world so dangerous to her.

As for Walter, the sacrifices he makes for his family (long after the reasons for those sacrifices are forgotten by most), despite the fact that life hasn’t turned out at all like he’d thought it would, is redemptive in the questions it provokes in our own hearts as well. Not only that but Walter’s choices and actions are a poignant demonstration of how God makes beauty from the ashes in our lives.

She saw a rainbow of colors where other people saw only black and white.

The other characters besides Libby and Walter are all just as layered and clearly drawn, flawed and redemptive, their stories in turns heartbreaking and uplifting – always compelling. Maggie, possibly the most broken character in this story as she realizes that her flawed choices will chase her the rest of her life, choices that set in motion a multi-generational pattern affecting her descendants for decades. Oliver, the prized son of the aristocratic Crofts, manor-house neighbors to Walter & Maggie Doyle’s humble cottage. “….his parents treated him more like a piece of pottery – shaping and molding him into the distinguished Lord of Ladenbrooke. No one had ever asked him if he wanted to be lord.” Heather, who grounds us in the present-day timeline as she returns home to sell the family cottage, also the one who brings to light the ‘shadows’ of – stunning – family secrets. Christopher and a host of other supporting characters who add their own blend of dimension and emotion to this gorgeous story.

Finally, Dobson sets the scene so perfectly, the Cotswald countryside coming alive with her descriptions, you’ll feel as though you’re right there in the middle of either timeline.  The narrative switches easily back and forth between the past and present timelines, as well as utilizing multiple voices/perspectives. It’s all done so seamlessly and smartly though, there’s no effort for the reader either in making the mental switch back and forth between characters or timelines. You just become absorbed in every page, in all the feels the story evokes.

Bottom Line: I know this review is interminably long, but I still don’t feel like I’ve done it justice. Shadows of Ladenbrooke Manor is the kind of novel that you want to savor, drinking in every bit of its beautiful prose and compelling characters, yet you find yourself so caught up in the story that you can’t linger for wanting to find out what will happen next. I wept more than once, particular scenes touching my heart deeply – whether because the descriptions were so tender and vivid or because that aspect of the plot was so emotional. This isn’t a light read but it’s ultimately so redemptive that it’s a must-read.

(I voluntarily reviewed a complimentary copy of this book which I received from the publisher an embarrassingly long time ago. All views expressed are only my honest opinion.) 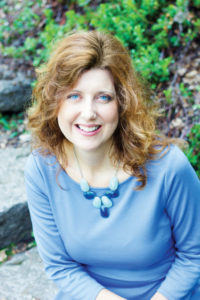 Melanie Dobson is the award-winning author of nearly twenty historical romance, suspense, and time-slip novels including Catching the Wind and Chateau of Secrets . Three of her novels have won Carol Awards; Love Finds You in Liberty, Indiana won Best Novel of Indiana in 2010; and The Black Cloister won the Foreword Magazine Religious Fiction Book of the Year.

Melanie is the former corporate publicity manager at Focus on the Family and owner of the publicity firm Dobson Media Group. When she isn’t writing, Melanie enjoys teaching both writing and public relations classes at George Fox University.

Melanie and her husband, Jon, have two daughters. After moving numerous times with work, the Dobson family has settled near Portland, Oregon, and they love to hike and camp in the mountains of the Pacific Northwest and along the Pacific Coast. Melanie also enjoys exploring ghost towns and abandoned homes, helping care for kids in her community, and reading stories with her girls.

Other Books by Melanie Dobson

What about you? Have you read Shadows of Ladenbrooke Manor? If not, what interests you most about it?