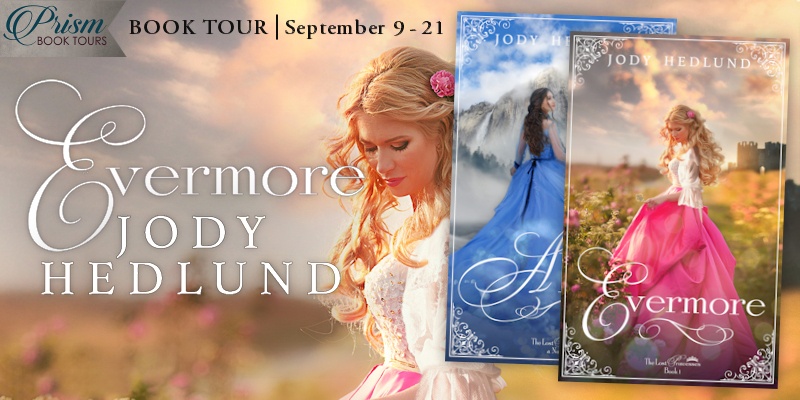 You actually get a review double-feature today, as I’m looking at both Evermore and its prequel novella Always! Aren’t these covers stunning? 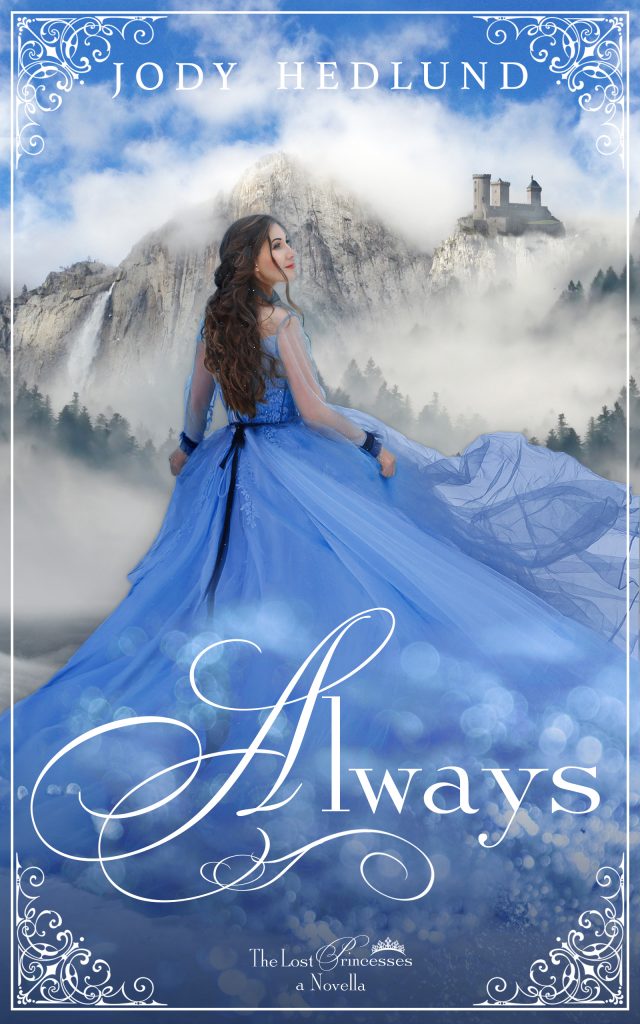 A fierce elite guard. A loyal lady in waiting. They must work together to save three princesses from certain death.

On the verge of dying after giving birth to twins, the queen of Mercia pleads with Lady Felicia to save her infant daughters. With the castle overrun by King Ethelwulf’s invading army, Lady Felicia vows to do whatever she can to take the newborn princesses and their three-year old sister to safety, even though it means sacrificing everything she holds dear, possibly her own life.

Gravely wounded in battle and knowing all is lost to his enemy, the king of Mercia tasks Lance, one of his fiercest elite guards, to protect his family along with keys to an ancient treasure. As Lance makes plans to sneak the princesses out of the capital city, he doesn’t need or want Lady Felicia’s help.

With the dark enemy in pursuit, Lance and Felicia must put aside their differences to outrun King Ethelwulf and prevent him from killing the princesses. In a desperate attempt to hide the young girls, Lance and Felicia agree to a marriage of convenience, a decision that will change their lives—and hearts—forever.

“Sometimes, when we think we’ve come to a dead end, we’ve arrived instead at God’s stepping stone on the way to bigger plans.”

Oh my heart. Y’all. This is “just” the prequel novella. But there’s nothing “just” about it… unless you count “just beautiful”, “just perfect”, “just ripped out my heart”, “just left me in a swoony little puddle”. 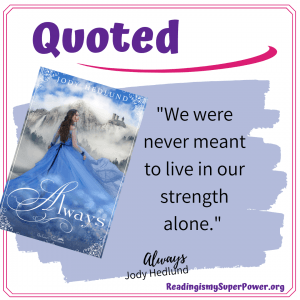 I was immediately immersed into this emotional, romantic, high-adventure story – right from the very first page – and I couldn’t put it down until the very end. At which point I promptly began reading Evermore and am trying to figure out how to get copies of the next two books like right now because THIS STORY ARC. Y’all. It’s everything I love about medieval historical romance especially with a bit of fairy tale flair.

It doesn’t really even feel like a novella. The story is so richly developed with perfect pacing, not too rushed or too slow. From the king and queen (even as briefly as they are on the page) to those who are caring for and protecting the princesses before Lance and Felicia take them away, to Lance and Felicia themselves, and the nuns who provide much-needed and timely refuge – all the characters are also fully layered and fleshed out.

Bottom Line: Always may “only” be a novella but it’s as beautifully written as a full-length novel. It sets an intriguing stage for the rest of the series to build on, too, and I can’t wait to (hopefully) meet up with Lance & Felicia again in a later book. Tender, breathless romance plus high-stakes danger & adventure, along with a sweet theme of trusting God – instead of leaning on your own strength or wisdom – all combine to deliver a fabulous read you’ll love for … well… always.

(I voluntarily reviewed a complimentary copy of this book which I received via Prism Book Tours. All views expressed are only my honest opinion.) 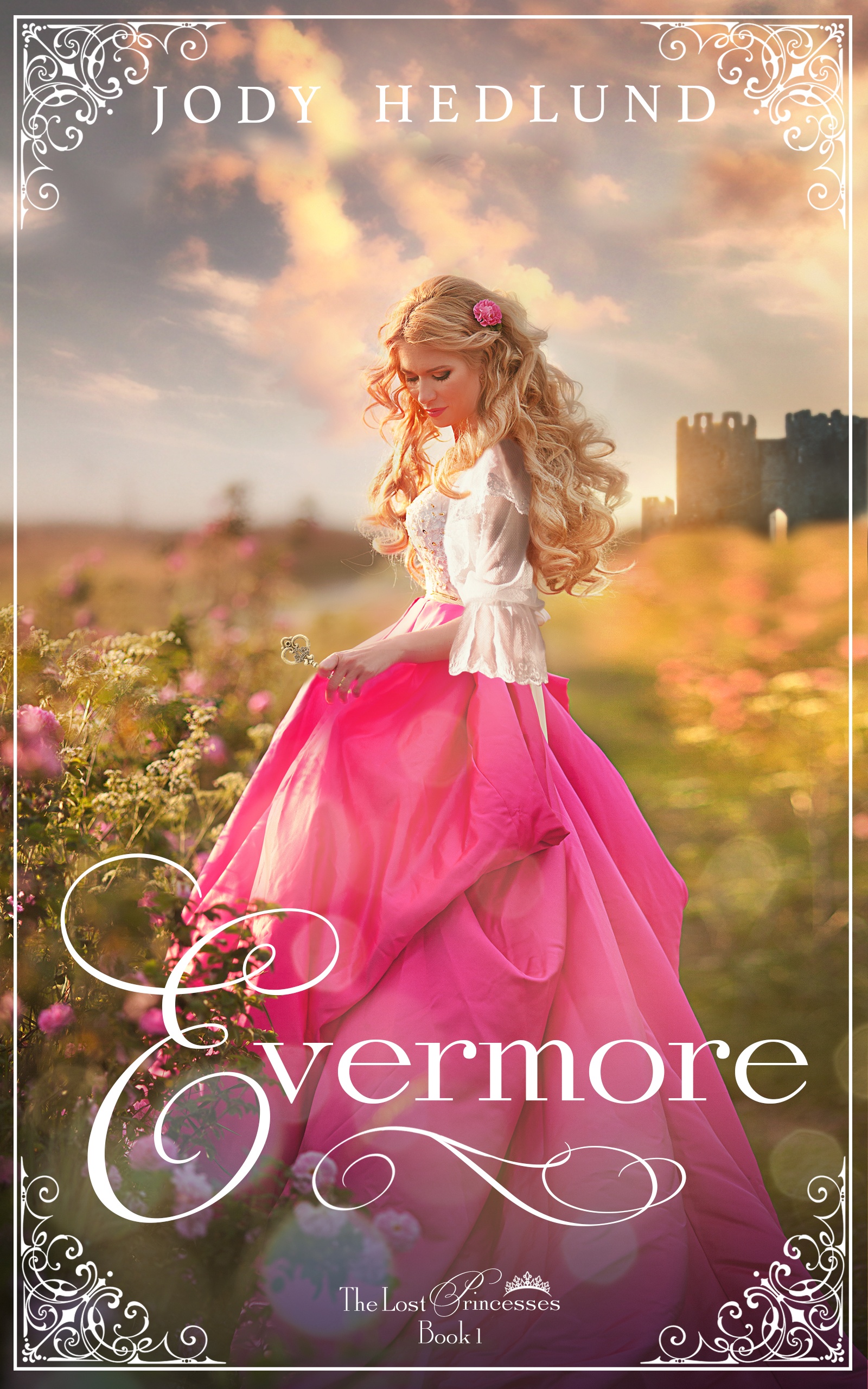 An ancient key. A secret treasure. And a princess destined to use them both to fight evil and restore peace.

Raised by a noble family, Lady Adelaide has always known she’s an orphan. Little does she realize she’s one of the lost princesses and the true heir to Mercia’s throne…until a visitor arrives at her family estate, reveals her birthright as queen, and thrusts her into a quest for the throne whether she’s ready or not.

Unable to tolerate King Ethelwulf’s cruelty and lawlessness, Christopher Langley left Mercia years earlier, training a group of rebels in neighboring Norland. When he returns home after his mother’s death, he discovers that not only is Adelaide all grown up, but she’s also the rightful queen of Mercia.

When King Ethelwulf discovers Adelaide’s location, he’ll stop at nothing to capture her and the key she holds to the ancient treasure. Christopher is just as determined to protect Adelaide so she can lead the growing rebellion. When feelings ignite between the two old friends, forces threaten to destroy their love and rip them apart forever. 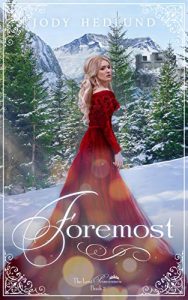 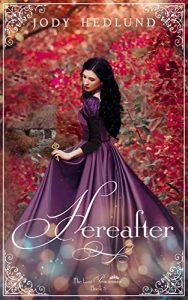 “There are times when we need to hold out faith and hope even when the circumstances seem impossible.”

It’s gorgeously imagined, flawlessly executed, and deeply felt. The characters are multi-dimensional, something that is highlighted even more clearly in the first person narrative from different perspectives. This is sometimes a tricky device to pull off well, but – no surprise – Jody Hedlund achieves it with excellence.

Can you tell I’m still flailing over how GOOD this series is???

The emotions run high in Evermore, even more so than they did in Always. Adelaide, Christopher, and Mitchell all have very layered backstories, and while we are privy to some of Adelaide’s if we’ve read Always, it’s unfolding for her in ‘real time’ as she begins putting all the pieces of her past together. Watching her come into her own as a queen who seeks wisdom from God – and doesn’t cower from danger but stands up for the mistreated & oppressed, caring deeply for those she loves – is truly inspiring. Seeing how that fits in with the legend about the lost treasure and the lost princesses made me even more giddy to read the next two books.

“Do not underestimate me. I have never cowered from danger and I shall not start now.“

Christopher… oh swoon. Strong but vulnerable, especially where Adelaide is concerned. The looks he gives her, even in the briefest moments when he can no longer hide his feelings for her, made her pulse go all twitterpated – and mine too! The guilt he wrestles with – as well as his misguided fears of inadequacy – add depth and a little angst to his swooniliciousness. I loved him in every scene, but particularly when he was being most tender with Adelaide (kissing the top of her head and breathing her in – WHERE’S MY FAN?!?) as well as anytime he shared a scene with King Draybane (i loved that king!) and whenever he turned on his charm full force. (There I go, swooning again.) 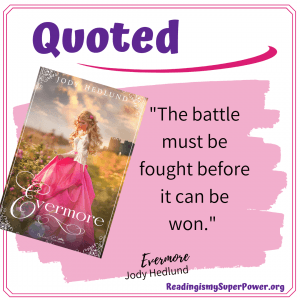 Bottom Line: Evermore is a masterpiece of fiction – this whole series is shaping up to be so. Adventure, romance, bravery, courage, loyalty, godly wisdom, and true love (even from unexpected sources) are all wrapped up in a tale laced with legend and intriguing possibilities. You’ll want to keep reading, unable to put it down, but at the same time you won’t want it to end. The characters take up residence in your heart and stay there for the duration – and I know I’ll be thinking about them for a long time to come. Uh, can I have that next book now, please? 😉

(I voluntarily reviewed a complimentary copy of this book which I received via Prism Book Tours. All views expressed are only my honest opinion.) 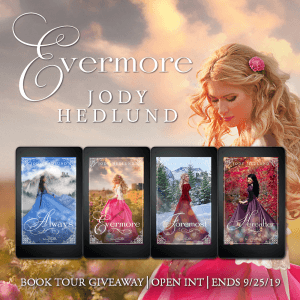 One winner will receive the prequel and all three books in The Lost Princesses series (Always, Evermore, Foremost and Hereafter) in paperback or ebook (winner’s choice, if winner is outside the US ebooks only)

This giveaway is hosted by Prism Book Tours, not RimSP
Follow along with the tour by clicking the button below. 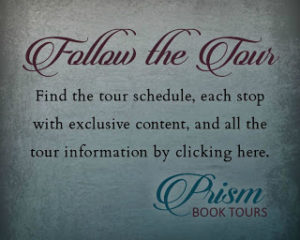 What about you? What interests you most about these books?

38 responses to “Book Review (and a Giveaway!): Evermore by Jody Hedlund”