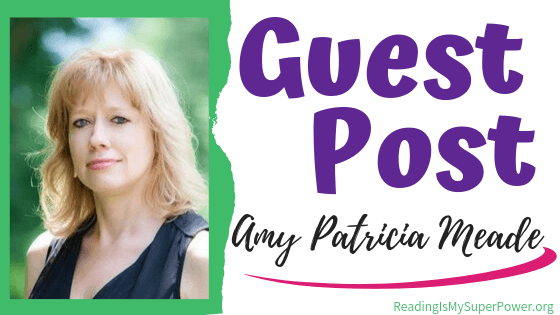 Please join me in welcoming Amy Patricia Meade to the blog today to chat about her new cozy mystery, The Garden Club Murder! 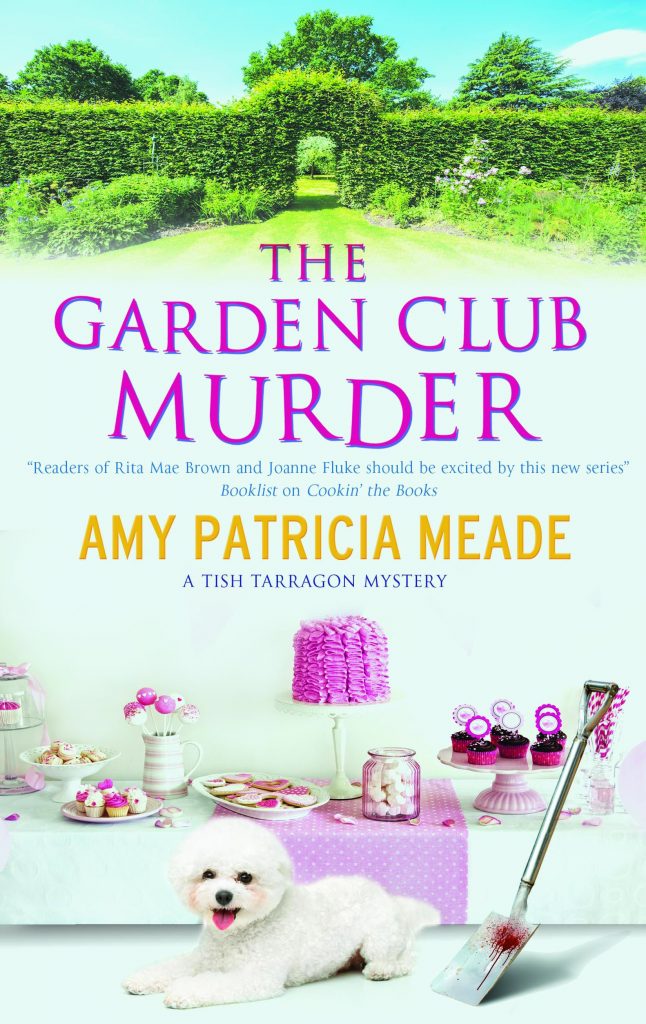 Literary caterer Letitia ‘Tish’ Tarragon is preparing her English Secret Garden-themed luncheon for Coleton Creek’s annual garden club awards, but when she is taken on a tour of some of the top contenders with the garden club’s president, Jim Ainsley, Tish is surprised at how seriously the residents take the awards – and how desperate they are to win.

Wealthy, retired businessman Sloane Shackleford has won the coveted best garden category five years in a row, but he and his Bichon Frise, Biscuit, are universally despised. When Sloane’s bludgeoned body is discovered in his pristine garden, Tish soon learns that he was disliked for reasons that go beyond his green fingers. Have the hotly contested awards brought out a competitive and murderous streak in one of the residents?


The roots of THE GARDEN CLUB MURDER can be found in Williamsburg, Virginia. Before moving to England, where we now reside, my husband and I lived in Williamsburg in a lovely little adult community quite similar to Coleton Creek but for two glaring differences. First, whereas the residents of Coleton Creek are well over sixty, the residents of our community were younger and more active; indeed, many of them still worked and had teenage children living with them. Second, the homes in our community were maintenance free, so residents didn’t have much in the way of a garden apart from some plants and flowers to line their walkways and front yards, and a small raised bed for vegetables in the backyard, if one desired. 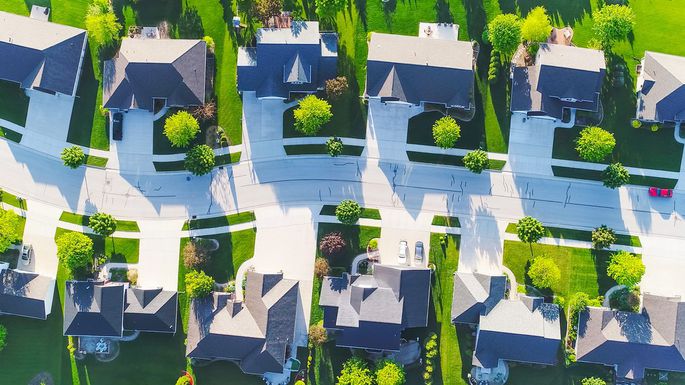 Immaculately kept lawns, however, were a different story entirely.

With landscape crews on call and in-ground sprinkler systems put in place by the homeowner’s association, one’s front lawn remained green during the sultry southern summer and leaf free through the autumn.

One day, while writing in the upstairs front bedroom, I noticed a man I hadn’t seen before walking a small, white dog. Said man stopped by our neighbour’s house and watched as his dog proceeded to relieve himself on our neighbour’s lawn. When the dog had finished, the man tugged at his lead and the pair continued along their way.

A few days later, I noticed our neighbour’s lawn was riddled with yellow patches where the doggie had “done his duty” as well as a half dozen signs reading ‘Please Keep Dogs Off Grass.’ Within weeks, similar patches and signs had cropped up throughout the community.

When I finally caught up with our neighbour to find out what was going on, she informed me that she and others had seen the same man and dog I had, but as of yet, no one knew who the man was, where he lived, or why he was so adamantly against curbing his dog. 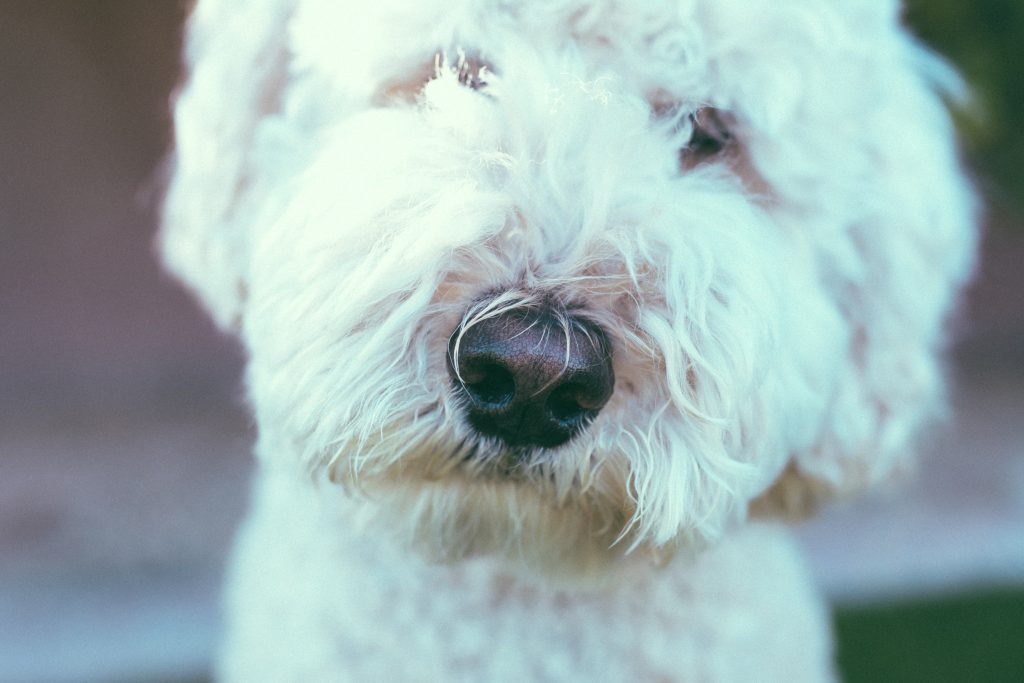 Being of the opinion that anyone is capable of murder if properly provoked, I started to wonder how my neighbours would react if this dog weren’t just damaging lawns, (lawns which would be replaced/repaired by the homeowner’s association), but destroying their personal property. What if he relieved himself on a row of newly planted petunias? What if her were to wander into someone’s vegetable patch and eat an heirloom rutabaga? What if he uprooted a beloved azalea?

And what about the dog’s owner? What kind of person allowed their pet to destroy someone else’s property? What other acts of malfeasance had he committed in his lifetime? Or was this a singular act of rebellion? But rebellion against whom or what?

As I thought about it more, I moved beyond the man and his motives and to the man himself. How did this individual earn a living? Was he married? Single? Did his wife know what he was doing?

My husband and I relocated to England before anyone learned the identity of the dog we’d dubbed “The Powhattan Piddler,” but his legend lives on as Sloane Shackleford and his canine companion, Biscuit, in THE GARDEN CLUB MURDERS.

haha love that! thank you, Amy! 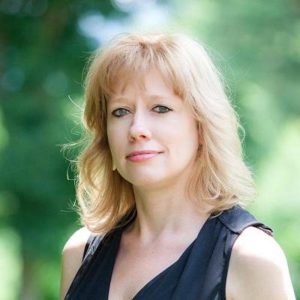 Author of the critically acclaimed Marjorie McClelland Mysteries, Amy Patricia Meade is a native of Long Island, NY where she cut her teeth on classic films and books featuring Nancy Drew and Encyclopedia Brown.

After stints as an Operations Manager for a document imaging company and a freelance technical writer, Amy left the bright lights of New York City and headed north to pursue her creative writing career amidst the idyllic beauty of Vermont’s Green Mountains.

What about you? Can you relate to Amy’s post? What interests you most about The Garden Club Murder?