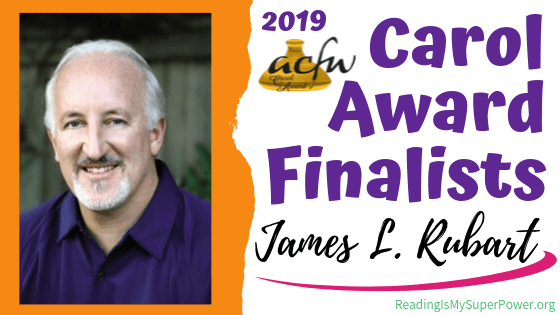 Happy Friday! Continuing through Saturday (culminating with a list of winners), I have the privilege of sharing mini interviews with nearly all of the 2019 ACFW Carol Award Finalists! Today I’m covering the speculative & young adult categories, including James L. Rubart and his Carol Award nominated novel The Man He Never Was! You can check out a list of all the finalists HERE.

James L. Rubart is a 28 year old trapped inside an older man’s body. He still thinks he’s young enough to dirt bike with his two grown sons and waterski like a madman. He’s the bestselling, Christy Award Book of the Year, Carol, INSPY, and RT Book Reviews award winning author of 10 novels and loves sending readers on spiritual journeys they’ll remember months after finishing one of his stories. He lives with his amazing wife on a small lake in eastern Washington state. You can connect with James on his website 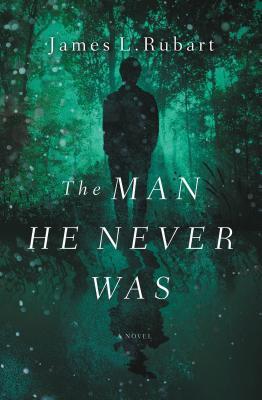 
What if You Woke up One Morning and the Darkest Parts of Yourself Were Gone?

Toren Daniels vanished eight months back, and his wife and kids have moved on–with more than a little relief. Toren was a good man but carried a raging temper that often exploded without warning. So when he shows up on their doorstep out of the blue, they’re shocked to see him alive. But more shocked to see he’s changed. Radically.

His anger is gone. He’s oddly patient. Kind. Fun. The man he always wanted to be. Toren has no clue where he’s been but knows he’s been utterly transformed. He focuses on three things: Finding out where he’s been. Finding out how it happened. And winning back his family.

But then shards of his old self start to rise from deep inside–like the man kicked out of the NFL for his fury–and Toren must face the supreme battle of his life.

In this fresh take on the classic Dr. Jekyll and Mr. Hyde, James L. Rubart explores the war between the good and evil within each of us–and one man’s only chance to overcome the greatest divide of the soul.

Hi, Jim! Welcome back to the blog!

James: I write fiction because I was captured by story when I was a kid and have never lost my wonder for tales that take me away to lands I could have never seen and people I could have never met without stories. I write hoping I can do for readers what was done (and is still being done) for me.

With regards to why I write Christian fiction, the thought never entered my mind. Put another way, I don’t consider myself a Christian author. I think of myself as an author who is a Christian. In other words, I don’t ever set out to write a Christian story. I simply write the story that’s bouncing around in my mind and heart and write it down. But because the Father, Son, and Holy Spirit are the biggest focus of my life, Christian themes and ideas and spiritual exploration will naturally wind up in my novels.

Carrie: That’s how it used to be before ‘Christian’ and ‘general market’ fiction were common labels – there’s a lot to be said for that approach & letting those themes show up organically.

Q: Other than the Bible, what are a couple of your most cherished books and why? 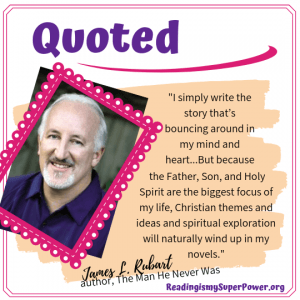 James: Speaking of being captured by story … I was enraptured with The Chronicles of Narnia when I was eleven and they remain my favorite books of all time.

Carrie: Yes! me too! “Who said anything about safe? ‘Course he isn’t safe. But he’s good. He’s the King, I tell you.”

Q: What’s the weirdest thing you’ve ever Googled while researching a book?


James: How you would carbon date an object that is eternal. (For my novel, The Chair, where a character realizes he’s been given a chair made by Jesus.)

Carrie: oh wow! I have a feeling that even if you were able to find the answer, it would be over my non-science/non-math head lol


Q: Which of your main characters (either in The Man He Never Was or over all you’ve written) is most like you?

James: All of them. I’m not kidding. My friend Ted told me years ago, “My stories are just my private journals in printed form.” I thought, “Wow! That’s me too!” They say first novels are usually autobiographical. For me it was my first, and my second, and my third, and my fourth … and on and on. I take the issues I’m wrestling with and exploring, and discovering, and put them in the story, so I wind up with characters that are parts of me trying to figure out this journey called life.

Carrie: Oh i love that!


Q: What is something God taught you while you wrote The Man I Never Was?

James: That standing up for ourselves is not easy, but the freedom that it brings is worth everything.

Carrie: Amen to that.


What about you? What interests you most from James Rubart’s Q&A or the Carol Award finalist The Man He Never Was?