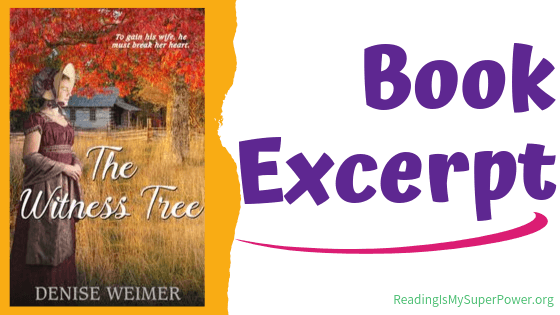 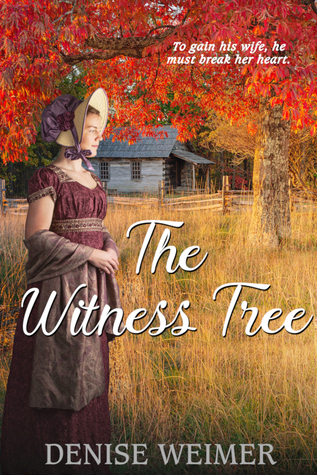 Past betrayal has turned John Kliest’s passion to his work as a builder and surveyor in the Moravian town of Salem, North Carolina. Now, to satisfy the elders’ edict and fulfill his mission in Cherokee Territory, he needs a bride. But the one woman qualified to record the Cherokee language longs for a future with his younger brother.

Clarissa Vogler’s dream of a life with Daniel Kliest is shattered when she is chosen by lot to marry his older brother and venture into the uncharted frontier. Can she learn to love this stoic man who is now her husband? Her survival hinges on being able to trust him—but they both harbor secrets.

At the top of the hill, a line of evergreens separated travelers from God’s Acre, where the departed Moravian faithful of Salem lay under flat stone slabs. Above the cemetery, Church Street intersected the east-west road that ran north of town. The witness tree stood at the juncture of this road and another lane that looped south. Some forty years earlier, Frederick Kliest’s axe had marked it as such with three slashes on its trunk. That and the knot on the back had made it a perfect place for Daniel to leave Clarissa messages.

Even more shocking than John’s proposal had been the news that followed it. Susanna had also revealed that Daniel had left town. The burning ache in Clarissa’s chest told her Susanna must have been mistaken. She hurried forward, sped by the sure knowledge that Daniel would not have abandoned her. Not now. At least not permanently. Not without communicating his plan.

As the tree came into view, so did a figure. Clarissa froze, palm returning to her chest. Daniel?

No. The man walking toward her was taller, more solid, his closely-trimmed, dark beard speckled with gray that somehow did not make him look older. John Kliest. He might be a good ten years ahead of Daniel, having passed thirty, she guessed, but his unlined face and intense blue eyes indicated an untamed energy that Daniel, even while painting, had not possessed.

He recognized her a second later, for he too stopped and stared. “Sister Vogler.”

His first words spoken to her. He bowed. None of the heat that seemed to be affecting Clarissa colored his face.

“Br-brother Kliest.” Now she was stammering too?

Laugh lines danced around his mouth. He took a step toward her, watching her as one watches a doe in the woods. In fact, he clutched the tiger-striped maple stock of the Rowan long rifle he’d commissioned her father to make some years ago. He was probably the only man in their pacifist community to own such a gun—presumably as protection from wild animals when he was off surveying. But he did not carry his surveying instruments today. Had he been hunting, perchance?

“Headed to your father’s?”

John’s gaze darted to a spiral of the blonde hair she found so hard to keep under her cap. “Might I accompany you? This isn’t the best path for sisters to travel alone, being outside of town.” His narrowing eyes questioned why she did not take the usual route between the Single Sisters’ House and the gunsmith’s.

“My parents might be more alarmed if I arrived in your company.”

The way his tone dropped sent tingles to her toes. And he called her “miss,” not the more proper “sister.”

He studied her reaction as if gauging whether she’d yet been told of his proposal. A dozen unasked questions jockeyed in her throat. Why did you ask to marry me? Was it only because twenty years ago, Father visited the Cherokees himself and convinced the congregation to set up a mission? So now you have some thum—stupid—idea that I should go as well? What about Daniel? Where is he, and did you know of his intentions toward me? Did you push him out of your way?

But these were not things a Moravian lady asked a bachelor, marriage proposal or no. These were things Clarissa must learn from others. She would give nothing away until she knew more. And she couldn’t check that tree until John was gone.

She clasped her hands together. “Such things are not done, Brother Kliest. But I thank you and bid you a good day.”

That smile danced around his lips again. He tipped his hat. “Until next time, Sister Vogler.”

Biting her lip, Clarissa hurried past him, indignation sweeping her.

He was confident he would be accepted. Because he’d achieved status in the community? Because the nobility of his calling to be among the Pilger- und Streitersache—the church’s pilgrims and militants for Christ—would trump anything his younger brother offered?

As soon as John disappeared from sight, Clarissa crumpled on a fallen log. She loosened the strings of her bonnet in an attempt to calm her panicked breathing. She looked back at the witness tree. She already knew the knot would be empty. The elders had agreed with John’s plans, and the lot had been consulted. It must have said yes, or the proposal would not have been made. And a proper lady never refused a positive answer from the lot, because even though she could do so, the lot represented the will of God. 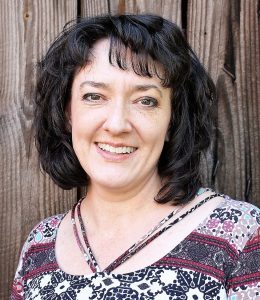 Represented by Hartline Literary Agency, Denise Weimer holds a journalism degree with a minor in history from Asbury University. She’s a managing editor for Smitten Historical Romance and Heritage Beacon Historical Fiction imprints of Lighthouse Publishing of the Carolinas and the author of The Georgia Gold Series, The Restoration Trilogy, and a number of novellas, including Across Three Autumns of Barbour’s Colonial Backcountry Brides Collection. A wife and mother of two daughters, she always pauses for coffee, chocolate, and old houses.

Catch an excerpt of her newest contemporary release, Fall Flip, on yesterday’s post!

Want to make some hermits of your own (from Fall Flip) this fall? Sign up for Denise’s author newsletter and receive the recipe in this month’s edition. Connect with Denise here:


Other Books by Denise Weimer

What about you? What interests you most about The Witness Tree or the excerpt Denise Weimer shared? 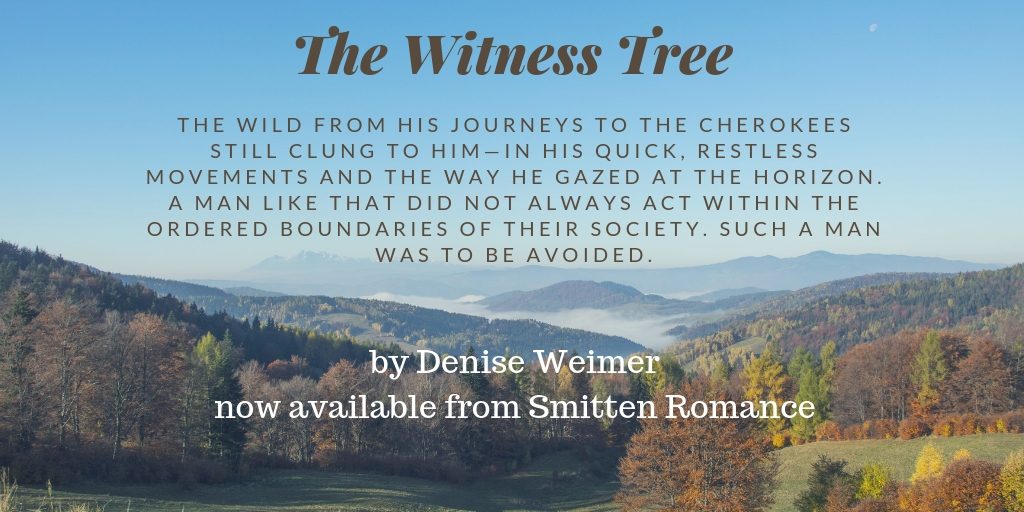