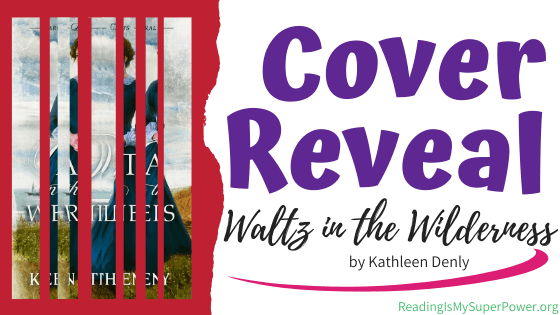 I’m so excited to bring you the cover reveal for Waltz in the Wilderness by Kathleen Denly! I’ve had the chance to read an early version of this novel & it’s a great story with delightful characters – make sure you add it to your TBR lists 🙂

She’s desperate to find her missing father. His conscience demands he risk all to help.

Eliza Brooks is haunted by her role in her mother’s death, so she’ll do anything to find her missing pa—even if it means sneaking aboard a southbound ship. When those meant to protect her abandon and betray her instead, a family friend’s unexpected assistance is a blessing she can’t refuse.

Daniel Clarke came to California to make his fortune, and a stable job as a San Francisco carpenter has earned him more than most have scraped from the local goldfields. But it’s been four years since he left Massachusetts and his fiancé is impatient for his return. Bound for home at last, Daniel Clarke finds his heart and plans challenged by a tenacious young woman with haunted eyes. Though every word he utters seems to offend her, he is determined to see her safely returned to her father. Even if that means risking his fragile engagement.

When disaster befalls them in the remote wilderness of the Southern California mountains, true feelings are revealed, and both must face heart-rending decisions. But how to decide when every choice before them leads to someone getting hurt? 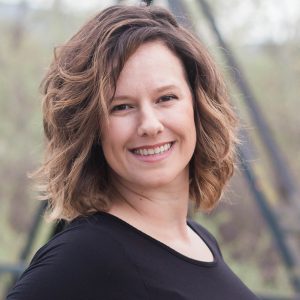 Kathleen Denly lives in sunny Southern California with her loving husband, four young children, and two cats. As a member of the adoption and foster community, children in need are a cause dear to her heart and she finds they make frequent appearances in her stories. When she isn’t writing, researching, or caring for children, Kathleen spends her time reading, visiting historical sites, hiking, and crafting.

Waltz in the Wilderness is Kathleen’s debut novel and the first in a series of three stand-alone historical Christian romance novels connected by secondary characters and their beautiful Southern California setting.

Kathleen would love it if you visited her website at KathleenDenly.com. You can also connect with her on social media: 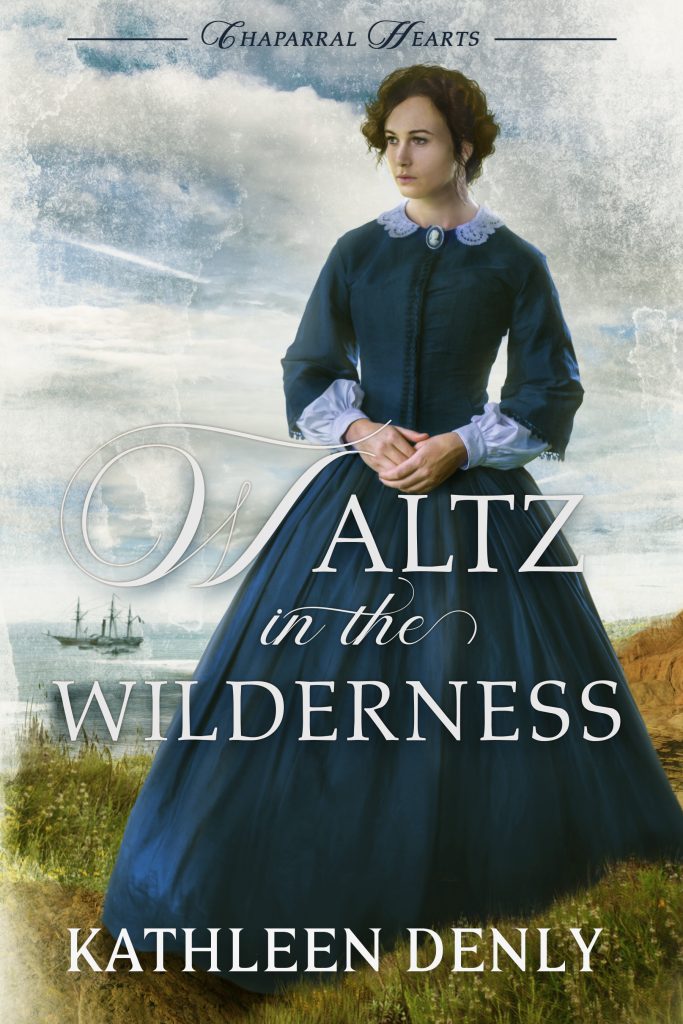 preorder your copy below! 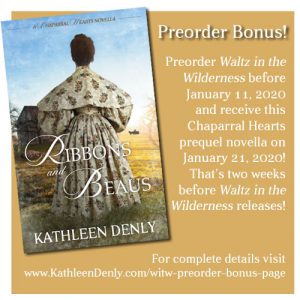 If you preorder Waltz in the Wilderness AND email Kathleen proof of purchase (screenshot) before 12:00am PT January 11, 2020, you will receive a free digital copy of Ribbons and Beaus, a Chaparral Hearts Novella on January 21, 2020! For complete details, click here.

They were going to starve to death, if they didn’t freeze to death first. Sure, they had beans for dinner, but Eli had had to trade her spare shirt for them—the one she’d been wearing beneath her everyday shirt to keep the early-October frost from biting her skin. She shivered beside the fire. Not much left to trade for supper, but then, there wasn’t another miner in these diggings that had grub to spare even if she had something worth trading.

She studied each bean, careful not to burn a one. Her hollow stomach cramped as the sweet smell of the simmering meal mixed with the scent of wood smoke filling the air.

A pinch of rosemary would have added flavor. Would Mama have been disappointed Eli’d traded the last of their herbs for Pa’s new coat? She shook her head. If Eli couldn’t coax Pa from the creek, the least she could do was keep his shoulders warm. Mama would have understood.

A shift in the cold wind blew soot into Eli’s eyes as she lifted the pan from the fire. Brushing a grimy strand of hair from her face and blinking away the sting, she turned her back to the smoke and stirred the beans.

Time to get Pa.

She walked to where he squatted in the icy mountain creek.

He wouldn’t be happy she’d traded the spare shirt. He’d wanted it to hide her blossoming womanhood. Of course, he’d have to notice the shirt was gone first.

Standing beside the babbling water, she toed off her boots before yanking her tattered socks off. After stuffing them into a boot, she pulled up her trousers and, with a bracing breath, waded into the chilling water.

She held the spoon out handle first, but he shrugged her away. Afternoon sunlight bounced off his thin, greasy hair—brown like hers, but darkened by muck. His dirt-encrusted brown eyes continued squinting into the swirling pan of water. The gentle rotation of his wrists never ceased.

He cleared his throat and spat to the side opposite where she stood, never taking his eyes from the water. “I’m fine. You eat.”

“I’ll eat later.” He shifted in the calf-deep water so that her worried stare landed squarely between his broad shoulder blades.

Her fingers tightened around the spoon as she planted her fist on her hip. The rocks shifted beneath her feet. “That’s what you said this morning.”

She stood there a moment longer, taking in the sight of him. That tall, too-thin frame draped in the now too-large, threadbare shirt. She’d mended that thing more times than she could count. The trousers he kept up with a rope at his waist needed mending in the right knee, but she doubted the fabric could endure another stitching. She peered down at her own trousers. The worn threads of the cuffs drifted and tugged with the current.

She frowned at the beans cooling in the pan. A body shouldn’t have to choose between clothes and food. But miners upstream caught any fish in the creek, and hunting around here was pointless. All the digging, rattling, and mining commotion scared the game away.

She’d tried to coax Pa to leave their claim long enough to hunt elsewhere to no avail.

Mama isn’t here. Eli straightened her shoulders. “Pa, this is the last—”

“Hey, Eli!” The familiar voice cut her off.

She turned in time to see a small rock sail toward her head and managed to duck it, but the move upset her balance. She tipped backward.

Contorting herself to right her balance without spilling their dinner, she wobbled back and forth as stones rocked beneath her. She shifted her footing, but the sloped face of a large, moss-covered rock hastened her descent. Holding the pan aloft as she fell backward, her body tilted sideways and she overcorrected—

Sending the beans spilling down her shirt and into the creek.

For a moment she sat still, the chill of the icy mountain runoff failing to cool her blood as gales of boyish laughter drifted toward her from the bank. She erupted from the creek, wielding her now-empty pan above her head. “Morgan Channing, I’m gonna have your hide for this!”

She sloshed three full steps to the edge of the creek before she froze.

The eleven-year-old had stopped laughing and was staring at her, mouth hanging open, eyes wide. “Y-you…! Y-you’re a…a…”

Eli followed his gaze to her chest, where a few beans still clung to her drenched, oversized shirt. She dropped the pan and covered herself. Oh, how brainless of her! Would Pa send her away? 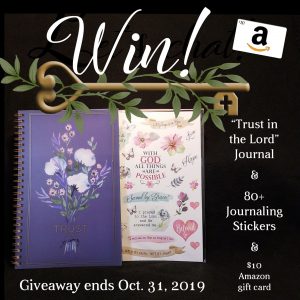 To celebrate her tour, Kathleen is giving away a “Trust in the Lord” Journal & 80+ Journal Stickers Set, along with a $10 Amazon gift card. Be sure to comment on the blogs listed below for extra entries into the giveaway.

This giveaway is hosted by Kathleen Denly, not RimSP
Follow along by visiting the blogs listed below

12 responses to “Cover Reveal (and a Giveaway!): Waltz in the Wilderness by Kathleen Denly”