Welcome to the Blog + Review Tour & Giveaway for Murder in the Family by Ramona Richards, hosted by JustRead Publicity Tours!

Greed Poisons Even The Sweetest Well

Storm chaser Molly McClelland must return to her small Alabama hometown when she unexpectedly inherits her hoarder aunt’s house . . . and all of its contents.

Despite her suspicions that her aunt was murdered, Molly wants nothing more than to sell everything and get back to the life she loves. Especially once her homecoming reignites the decades-old family conflict that drove her away in the first place. But when Molly uncovers caches of cash, journals revealing secrets-and a body-amongst the stockpiles, she finds herself locked in a cat-and-mouse dance with a deadly endgame.

Molly teams with local sheriff, Greg Olson, to find the truth. But will her determination and his skills be enough, or will the killer-or killers-put an end to their efforts once and for all?

Check out the first line of Murder in the Family HERE 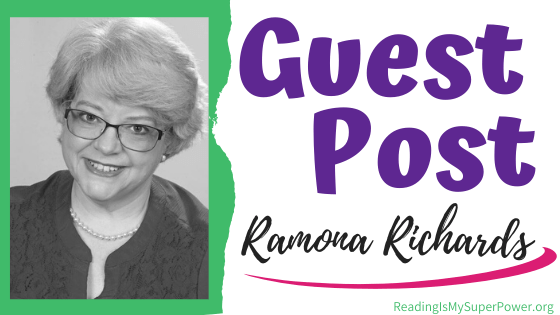 The Birth of a Book: Murder in the Family

Have you ever seen the television show, Hoarders? I have, and I’ve also seen some hoarding houses in real life. Walked through them, smelled them. And once I got past the “Ew” factor, I always wanted to know more. Why? How? What brought this on?

After incidents in my own extended family, plus those of some of my friends, I became fascinated with people who hoard. I’ve never understood hoarding, and my mother hated clutter. I was raised in a house where “getting rid of stuff” was an annual event.

And the idea for a book germinated in all that trash.

Novels develop in a lot of ways. I’ve been known to conceive, plot, pitch, and write one in 90 days. Others take years because they take a very circuitous route from concept to completion. Not only does every author have their own way of working, every book has its own path of creation. 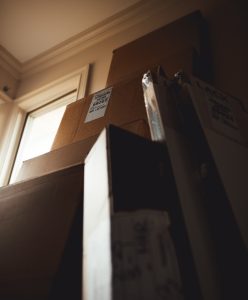 In 2011, I started drafting a story about a woman who had spent her entire life avoiding stuff, only to inherit a house full. My agent loved the idea, and in 2012, I sent her a proposal to shop, a women’s fiction tale called Chasing Home.

The responses were almost universal. They loved the writing, but the tone was all wrong. They didn’t understand where the book was going. During a brainstorming discussion with my agent, she put the white elephant on the table. “Why are you trying to write women’s fiction? You can’t start a book without a dead body.”

She had a point. So I put the book aside, in a folder I keep called “Abandoned Novels.” In fact, after rejections on three other novels, I took a break from writing fiction. I moved; I started a new job. I sold a book of devotions.

But I loved the story, and the main character, Molly, wouldn’t go away. She kept showing up, tapping me on the shoulder, until I gave in.

So how do I turn a women’s fiction tale into a small-town crime novel? I started by ripping out the first 80 pages, about 20,000 words. I spent more time studying the psychological make-up of hoarders. Way too many hours passed watching episodes of the television show. I became determined to finish the book, and set out a word count sheet and a daily time to write.

I reformulated the suspense, amped up the ongoing threats to Molly, dived deeper into the antagonists’ motivation, added a second dead body, and changed Molly’s love interest. I added a deeper layer to Molly’s character development. 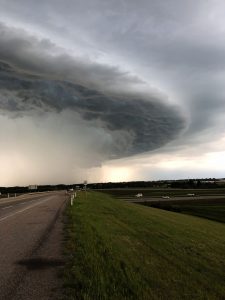 But at its core, it’s still a story about a woman who spent her life avoiding possessions only to inherit a hoarder’s house. Possessions had ripped her family apart, and this inheritance is her worst nightmare. She wants rid of everything and back to her regular life, chasing tornadoes with her business partners.

Chasing Home became Storm Front. Sold to Firefly Southern Fiction (an imprint of Lighthouse Publishing of the Carolina), it went through a great edit and received a new title, Murder in the Family.

I loved the writing and the book’s evolution. It taught me a lot about what’s possible and how rejection can sometimes be just the beginning, not the end, of a book’s story. It’s been a joy to see how readers have reacted to the family issue, the struggle over possessions, and the idea that what we leave behind is more than Mama’s cedar chest.

Here’s hoping even more people find as much fun in the reading as I did in the writing.

Ramona Richards is the associate publisher for Iron Stream Media, the parent company of New Hope Publishers, Iron Stream Kidz, and Ascender Books. She has been an in-house editor for Abingdon Press, Thomas Nelson, Rutledge Hill Press, and Ideals magazine, and has freelanced for a dozen other publishers. The author of nine novels, three books of devotions, and numerous magazine articles, she is a frequent speaker for women’s and writers’ groups, and has presented at numerous conferences across the country. Her latest book, Murder in the Family, released in October from Lighthouse Publishing of the Carolinas.

(1) winner will receive two signed copies of Murder in the Family by Ramona Richards (it’s Christmas!), a $15 Visa gift card, and a signed copy of one of the author’s older books.!

Be sure to check out each stop on the tour for more chances to win. Full tour schedule shown below. Giveaway will begin at midnight November 7, 2019 and last through 11:59 PM EST on November 14, 2019. Open internationally except where prohibited by law or logistics. Winner will be notified within 2 weeks of close of the giveaway and given 48 hours to respond or risk forfeiture of prize.

What about you? What interests you most about Ramona Richards’s post and/or Murder in the Family?

17 responses to “Guest Post (and a Giveaway!): Ramona Richards & Murder in the Family”