Christmas is only FOUR DAYS AWAY!!! Today is the last day of my annual blog series spotlighting new and recently-released Christmas reads for 2019. I so hope you’ve enjoyed the past few weeks!

Today’s featured book is one we saw early this series & heard from one author (Vickie McDonough) but today we get to hear from the other author (Susan Page Davis)!  And if you haven’t already grabbed this book for the oh-so-pretty cover alone, what are you waiting for?? 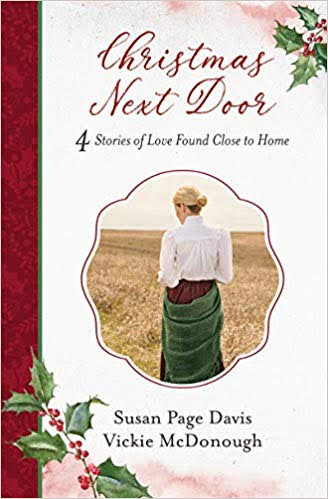 Visit an Old West Texas town where a mysterious benefactor leaves gifts each Christmas, but also where four pairs of neighbors battle over hearsay, secrets, and mysteries.

THE MARSHAL NEXT DOOR by Vickie McDonough (1885)
The marshal’s deputy claims he’s seen the marshal’s young sisters snooping around businesses where there have been recent thefts. Marshal Yates can’t believe his sisters might be the thieves and seeks out a woman to mentor the impetuous teenagers. But when evidence is found against his sisters, will he have to arrest them at Christmastime?

THE SPINSTERS NEXT DOOR by Susan Page Davis (1886)
Rachel Tanner’s family harbors secrets that may lead her and her aunts to financial ruin. When Stephen Worth rents a house on the Tanner property, he gets to close to family business, insisting Rachel open a locked box her dead father guarded closely. Can the schoolmaster persuade Rachel to defy her aunts and open the box—or will she remain alone with a tangle of unanswered questions?

THE OUTLAW NEXT DOOR by Vickie McDonough (1887)
Dane McDermott, a reformed outlaw born into a gang of thieves, has buried his past deep. As respectable business owner Dane has finally met the woman of his dreams. But when his father shows up, will it ruin his chances for love with the preacher’s daughter?

THE GUNSLINGER NEXT DOOR by Susan Page Davis (1888)
Alice Singer’s new neighbor has her worried. He’s a retired gunslinger with delusions that he is Ben Franklin and needs a printing press to produce his almanac. Enlisting the postmaster’s help, Alice seeks to understand her odd neighbor, his many packages, and mysterious visitors. Is he really just a harmless old fellow?

the story behind the story


by Susan Page Davis, author of Christmas Next Door

Vickie McDonough and I are friends, brought together by our writing. We both love writing westerns, and we’ve taken part in several of the same historical romance collections. The idea of writing Christmas Next Door together seemed like a natural.

We batted around the idea—sets of neighbors in the same small western town. Blossoming romance. Mysteries to solve. And of course, romance. The final touch was centering these stories around Christmas, the season of joy and blessings. 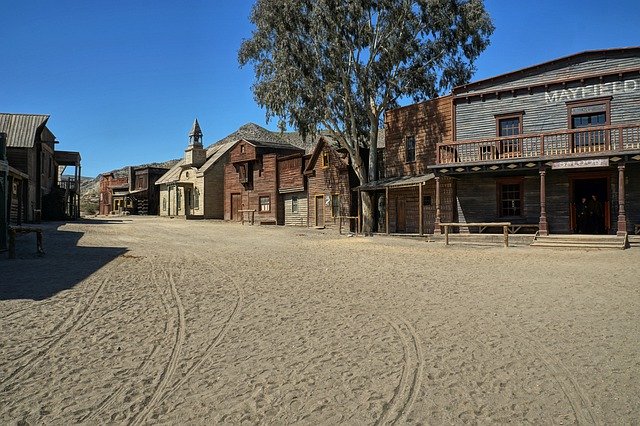 Holding our stories together are several threads. Next-door neighbors was the first one. Each story would involve some sort of conflict between two neighbors. The small, imaginary town of Wiseman, Texas sprang up, and we drew a map to make sure all of our neighbors, landmarks, and businesses in town were in the right place in each novella. Right away we knew we wanted to set each novella in a different year—four successive years. A mysterious Christmas benefactor provides meat for the church’s holiday baskets given to the poor.

Of course, some characters carry through the four books. Vickie’s hero in Book 1, the marshal, was a necessary figure in each tale. So was the minister. A few others are recurring figures, especially the business owners and other prominent people in the town. It was very pleasant to see a few of my characters show up in Vickie’s stories, and I included several of hers in mine. We both read each other’s novellas to make sure we’d kept the characters and their histories consistent. 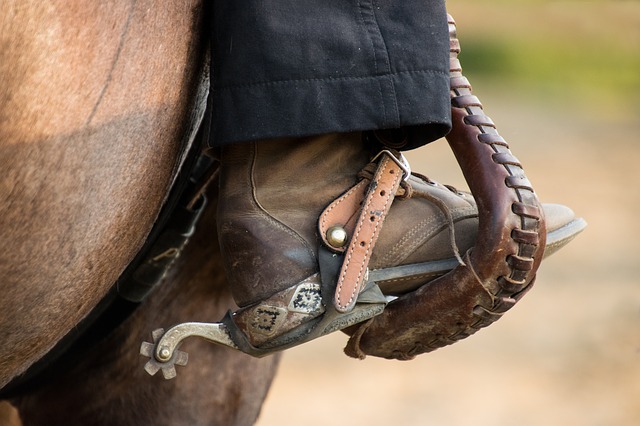 My final novella, The Gunslinger Next Door, features the postmaster and a young woman whose father runs the local stockyards. It was great fun giving Alice a mysterious neighbor who was rumored to be a retired gunslinger and perhaps a little off his rocker, and to portray her mixture of fascination and fear as she interacted with him. Of course, postmaster John gets involved too, and the pair end up solving a bigger mystery than they’d bargained for!

I hope you enjoy the four stories in Christmas Next Door as much as Vickie and I enjoyed writing them. Merry Christmas and happy reading! 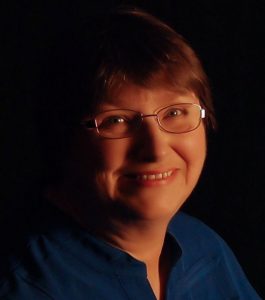 Susan Page Davis is the author of more than 90 novels and novellas in the mystery, romantic suspense, and historical romance genres. She’s won the Carol Award, the Will Rogers Medallion, and the Faith, Hope and Love Reader’s Choice Award. A native of Maine, Susan has also lived in Oregon and is now settled in western Kentucky with her husband. She’s the mother of six and grandmother of ten. 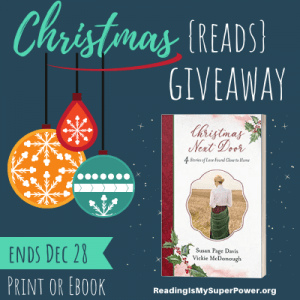 Susan Page Davis is offering one of my readers a print or ebook copy of Christmas Next Door! (US only for print, ebook is open internationally except where prohibited by law or logistics.) This giveaway is subject to Reading Is My SuperPower’s giveaway policies which can be found here. Enter via the Rafflecopter form below.


What about you? What interests you most about Christmas Next Door and/or Susan Page Davis’s post on how the authors put this collection together?