Welcome to the Blog Tour & Giveaway for On Wings of Devotion by Roseanna M. White hosted by JustRead Publicity Tours!

Against Every Warning, She’s Drawn Ever Closer to the Man Known as “Black Heart”

All of England thinks Major Phillip Camden a monster–a man who deliberately caused the deaths of his squadron. But he would have preferred to die that day with his men rather than be recruited to the Admiralty’s codebreaking division. The threats he receives daily are no great surprise and, in his opinion, well deserved.

As nurse Arabelle Denler observes the so-dubbed “Black Heart,” she sees something far different: a hurting man desperate for mercy. And when their families and paths twist together unexpectedly, she realizes she has a role to play in his healing–and some of her own to do as well.

With Camden’s court-martial looming, an old acquaintance shows up, intent on using him in a plot that sends the codebreakers of Room 40 into a frenzy. With their fragile hopes for the future in the cross hairs, Arabelle and Camden must hold on to hope–and to each other–if they want to survive.

tour of the setting

by Roseanna M. White, author of On Wings of Devotion

When I was trying to determine the main setting of On Wings of Devotion outside of the workplaces of both hero and heroine—Room 40 in the Admiralty’s Old Building for Camden and, right up Agar Street, Charing Cross Hospital for Arabelle—I knew we’d be spending most of our time at Arabelle’s home. So I did what all authors do (ahem)—I Googled “historic townhouse in Westminster” and saw what popped up. And I was in luck! There were quite a few beautiful old homes for sale…which meant photos of the outside, the inside, even floorplans available! #Score! 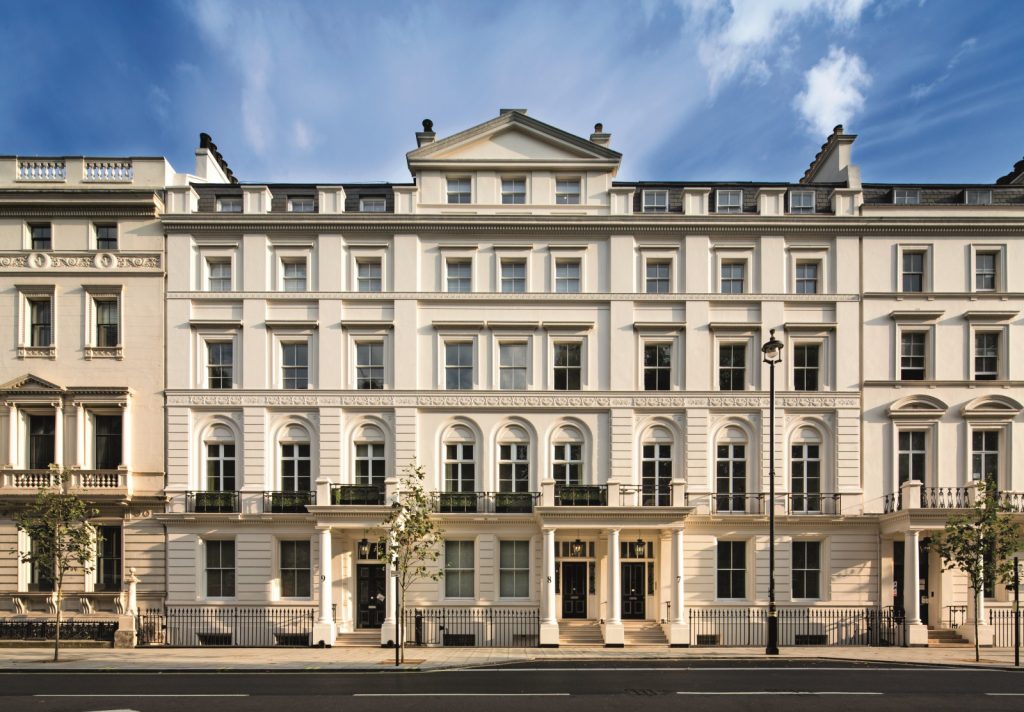 I chose a home directly across the street from Buckingham Palace (for some reason, it had never occurred to me that “palace views” would be a selling point of some homes—I mean, SERIOUSLY) and promptly saved all the images on the real estate site for it so I could continue to refer to them after the home was sold and no longer listed (hasn’t happened yet, as of the writing of this, so if you’re in the market for a multi-million-pound London townhouse…). To move between her home and workplace is pretty easy for Arabelle—they’re only a 15-minute walk apart, making it as quick to do that as to take the tube. Once on her street, simply look for the most ostentatious façade—because her aunt, from whom she inherited the place, said if she was going to abandon her Italian villa and live in London, she was going to do it in style.

When Arabelle first saw the townhouse as a girl, she thought for sure there must be secret rooms, passages—perhaps one underground to the palace itself!—something magical. Instead, she discovered it was just a house. Still her aunt’s more than her own even after all these years…except for a few rooms. She’s claimed one that she uses for her correspondence, and in which she keeps her collection of antique medical item (which Camden calls macabre). The plague mask, the rigid stethoscope, a few medieval Saracen items.

But these days, even that isn’t where she spends most of her time. No, since her explorer father has been “trapped” in England since the war began, she’s been spending most of her evenings on the topmost floor of the townhouse, in the room he’s claimed as his study. Here, each shelf and cabinet and surface is filled with evidence of the places he’s gone, the legends he’s traced, the myths he’s tried to prove real. Artifacts, maps, globes…symbols of his passion. 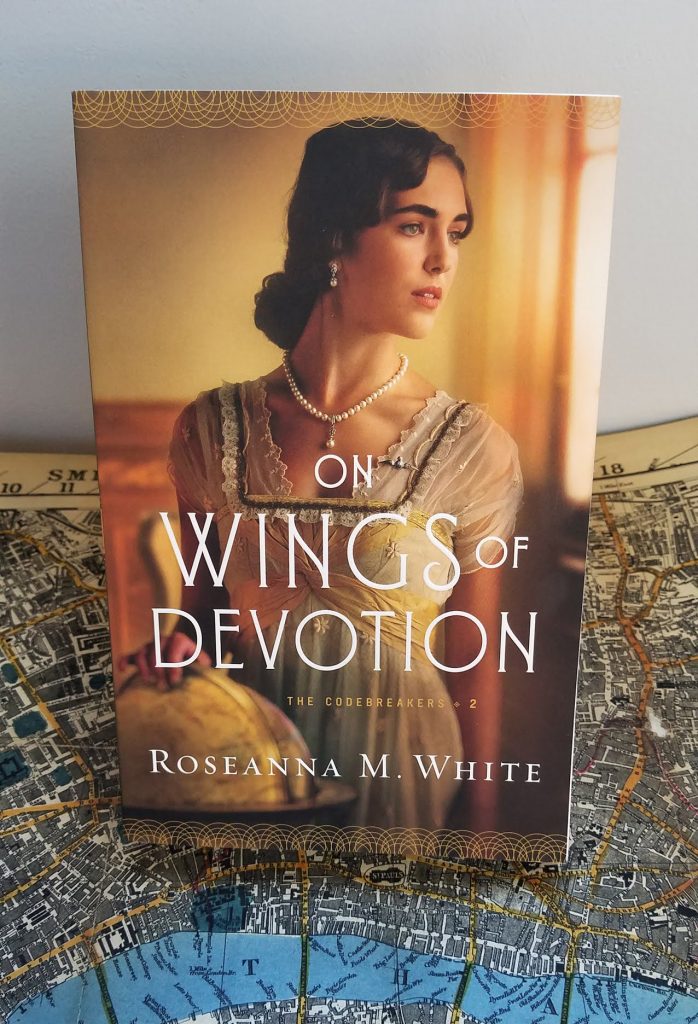 Symbols of the things that have always stolen him away from her.

Her father spends much of the book trying to convince Arabelle to join him on his next adventure after the war—and succeeds in recruiting Camden too, insisting he needs a good pilot to help survey a site in South America where he’s certain there are clues as to the whereabouts of Atlantis.

All Arabelle has ever wanted is a steady home. And she knows better than anyone that you don’t achieve it with a fine house in Westminster. You can only achieve it by having people fill it who love you. In the opening chapters of On Wings of Devotion, God asks Arabelle to sacrifice even that dream to Him. But of course, those are only the opening chapters…and many an enchanting evening is spent in that study with Denler, Arabelle, and Camden. Poring over maps and globes and artifacts, and planning an adventure that can’t hold a candle to the one underway for them even then.

Roseanna M. White is a bestselling, Christy Award-nominated author who has long claimed that words are the air she breathes. When not writing fiction, she’s homeschooling her two kids, editing, designing book covers, and pretending her house will clean itself. Roseanna is the author of a slew of historical novels that span several continents and thousands of years. Spies and war and mayhem always seem to find their way into her books…to offset her real life, which is blessedly ordinary. You can learn more about her and her stories at www.RoseannaMWhite.com.

Be sure to check out each stop on the tour for more chances to win. Full tour schedule shown below. Giveaway will begin at midnight January 7, 2020 and last through 11:59 PM EST on January 14, 2020. US only. Winner will be notified within 2 weeks of close of the giveaway and given 48 hours to respond or risk forfeiture of prize.

What about you? What interests you most about On Wings of Devotion and/or Roseanna White’s setting tour?

19 responses to “Guest Post (and a Giveaway!): Roseanna M. White & On Wings of Devotion”