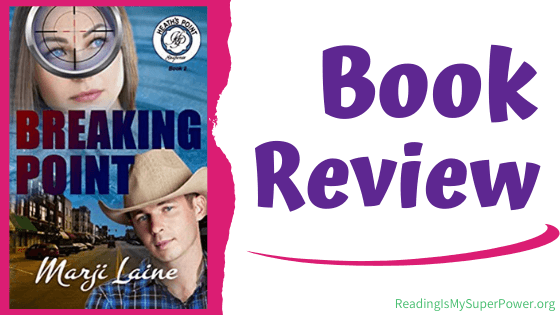 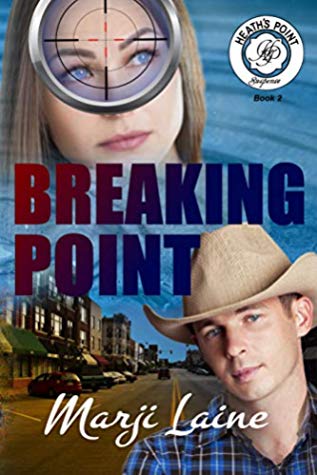 The mere rumor of treasure can change lives or destroy friendships, but kill?

Alynne’s Stone’s planned out and predictable life ended when she hurried to her mother’s side to support her during a family tragedy. So why would she now have a target on her back? Her father’s death had nothing to do with her, but suddenly she’s having these “accidents”? How can she stay and support her mom when someone is intent on eliminating her?

Police Lieutenant Jason Danvers believes her father was murdered. How, he can’t fathom, but he also can’t ignore the details that don’t add up. Attempts on Alynne’s life must be somehow connected. Still dealing with the pain of his own wife’s death, he can’t allow an innocent woman to die on his watch. Especially one as scintillating as Alynne Stone.

Even in a small town, things—and people—aren’t always what they appear to be. 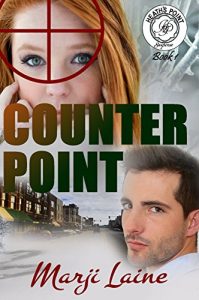 Though it broke my heart to see one of my favorite secondary characters from book one killed off early in book two, I was delighted to see Jason Danvers as the hero in Breaking Point – he was an intriguing character in Counter Point, though we knew very little about him. Getting to know his backstory and his heart & personality in this second book was worth the wait and made the loss of Alynne’s father a little easier for me to bear. Jason’s a swoony cowboy-type hero with integrity and inner strength (as well as physical), and he stands in direct contrast to the guy Alynne currently is attached to.

As far as Alynne, she takes a bit to warm up to, but her character growth across the novel is really heart-touching and satisfying. I loved her aunts, and of course getting reacquainted with her mother who was another character I enjoyed in Counter Point, and I hope we see more of them in later books in the series.

Some of the other characters are a bit over the top – so unlikable that their behavior seems unlikely in real life. I expected any number of them to break into maniacal laughs at any given moment. Despite the stereotypical small-town-Texas territorial sheriff and his crooked deputy, I am intrigued to see if we get any more information on their motivation and animosity toward Heath’s Point’s police department in future books. It seems like it was such a big focus of this book, only to fizzle out somewhat abruptly at the end – perhaps their subplot was only setting things up for a bigger role in one of the next novels in the series?

The suspense part of this novel will keep you on the edge of your favorite reading chair (or your fainting couch if you’ve retreated there to recover from Jason’s swooniness), with a bevy of surprising twists and turns. Poor Alynne can’t just grieve – she also has to fight for her own survival as someone is clearly out to get her. Figuring out the why and the who is a bit more complicated than it might first appear, and I thought the author did a good job of keeping the tension high, the danger ever-present, and the questions piling up until the end.

Bottom Line: Breaking Point is a danger-ridden suspense novel with a dash of romance thrown in, a somewhat naive heroine, and a yummy hero. Accompanying them is a handful of delightful supporting players you’ll want to hug and a whole host of villainous characters who really needed a good counselor to help them work through their copious issues. Laine’s skill at writing tense danger scenes and heart-in-your-throat action will keep you turning the pages from start to finish, and while I shallowly wish there had been at least one swoonilicious liplock I also understand why the author crafted the romance the way she did. A treasure hunt, a woman’s life in danger, a hero who didn’t expect to fall in love again… a fast-paced read for fans of romantic suspense! 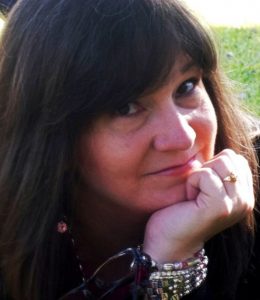 Marji Laine has completed seventeen years of homeschooling, but with her publishing business, her various volunteer activities, and her large family, she will likely never live a life of leisure. And that suits her just fine! When she does find spare time, she enjoys watching sports and Hallmark movies and mysteries, loves having game night with her family and friends, and enjoys talking “shop” with other authors. You can usually find her in her favorite recliner, plucking away at her keyboard with her rescue fur-babies at her feet or at www.MarjiLaine.com. 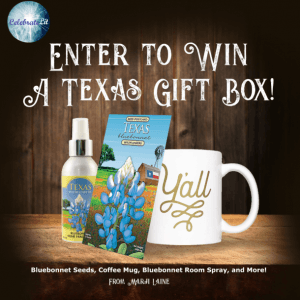 To celebrate her tour, Marji is giving away the grand prize package of a Texas mug, Bluebonnet seeds, Bluebonnet room spray, and some specialty chocolate!!

What about you? What interests you most about Breaking Point?

12 responses to “Book Review (and a Giveaway!): Breaking Point by Marji Laine”