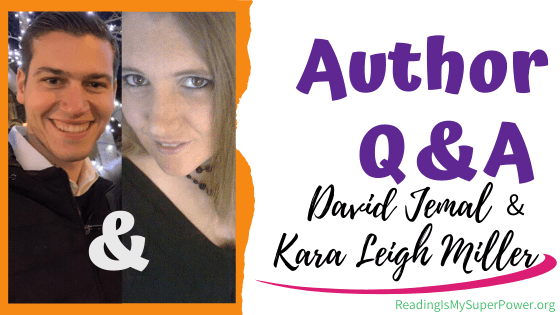 Please join me in welcoming David Jemal & Kara Leigh Miller to the blog today to chat about their new YA Thriller, Warped Remains!

After graduating college with a major he created in finance and culture, David Jemal jumped into the world of sales and thus began crisscrossing North America. When he’s not selling people stuff, he’s busy writing new stories. 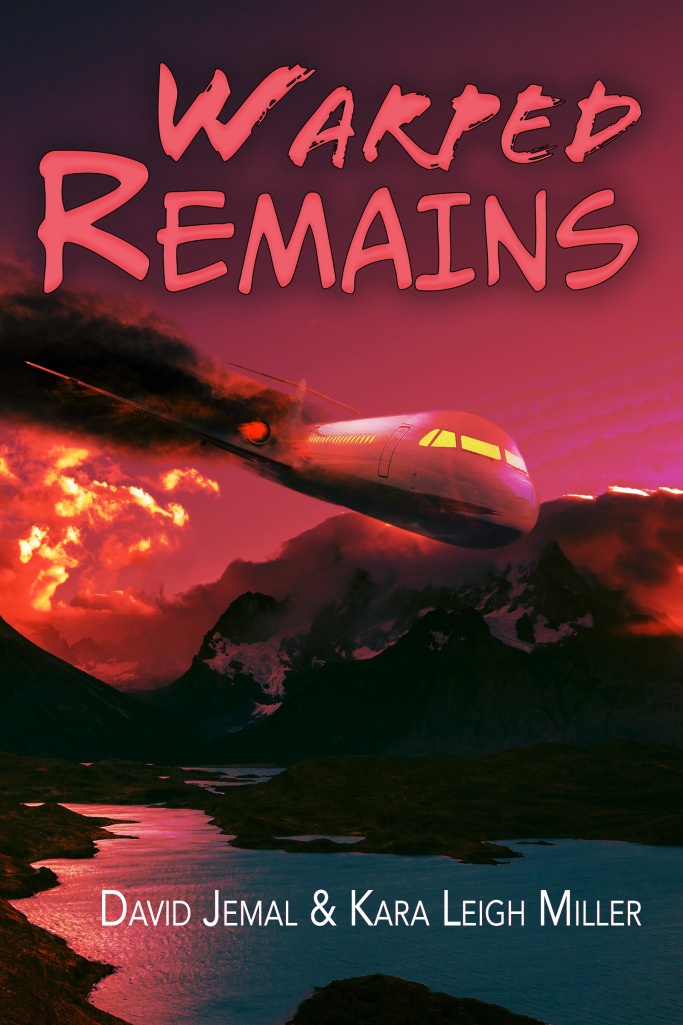 Emily Sheffield’s parents are the worst. Okay, maybe Emily has been erratic and her behavior a little reckless lately, but shipping her off to live with her grandparents in Alaska is so much worse than she deserves. At least she gets to spend her layover with the cute boy on the same flight. If she has to leave everything and everyone she knows, she might as well make some new–and cute–friends, right?

For Aiden Cohen, life in Alaska is perfect—good grades, great friends, an awesome church, and work he loves. There’s just one thing missing: his mom. Desperate to know her, Aiden sets out to find the woman who abandoned him at birth. But a disastrous first meeting with his birth mom, leaves Aiden stunned and ready to go back to his ordinary life in Alaska. And with fate finding Aiden and Emily on the same flight, he couldn’t be happier. If only he can convince her that God is real, everything would be perfect.

Everything seems to be going well—until a confusion on the runaway prevents the plane from landing. Circling the runway should have been simple, but when the plane hits a bad patch of turbulence, throwing it off-course, the pilots lose control. The plane crashes, leaving Emily, Aiden, and two dozen other passengers stranded on a creepy island. Surviving and hoping for rescue are their primary goals, but the least of their troubles. They aren’t the only ones on the island, and it’s now a race against time for someone to find them before the island’s inhabitants do. But there are people willing to do anything to keep the island’s true purpose a secret—even if it means sacrificing the lives of the survivors.

(please note: Book is not on Goodreads yet)

David: Apples, because otherwise how can I say, “You’re the apple of my eye!”


Kara: Apples, because when I was a kid, I ate way too many oranges and got super sick! Now, I can’t stomach them.

Carrie: It’s apples for the win!


Kara: Winter, because it’s Christmas and my kids are in school, which means quiet writing time for me.

Carrie: I’m going with Kara on this one because Christmas and snow (in theory here anyway lol)

David: Is it against the rules to say Dr. Brown’s Root Beer? ?


Kara: Pepsi, though I gave it up for health reasons. I miss it ☹

Carrie: That’s a totally acceptable answer, David lol. And, Kara, I feel your pain. I’m cutting back on my diet coke consumption… trying to cut it out completely… and it’s hard!

David: Definitely board game.  There is nothing like a group of friends sitting and playing a game of Catan!


Kara: Card game. Almost every Sunday is spent having dinner with my parents and then playing 18-point pitch. It’s always a good time.

Carrie: I have no idea what 18-point pitch is so I’m going with David on this one… but in general I am an equal-opportunity game player… board or card.

David: It technically wouldn’t be considered a superpower, but I would hands down pick the Arrow.


Kara: The ability to take the scenes / dialogue that plays out in my head and get them onto the page without me having to actually sit down and write them myself. Lol. I’d get so much more writing done that way.


David: Frank and Joe Hardy. Those two developed my love for reading!

Kara: It would have to be the Wakefield twins from the Sweet Valley High Series. I devoured those as a tween and haven’t stopped reading since.

Carrie: The Hardy Boys & Nancy Drew are at the top of my list too. I never really got into Sweet Valley High for some reason… (sorry, Kara lol)

David: I love writing outdoors while sitting on the grass! The peace and nature, with a touch of a breeze, is a recipe for word flow.

Kara: On my couch with my dogs piled up next to me. Having them close, listening to them snore, is very soothing. It’s also very warm, which is great considering I’m always cold. Ha!


Q: If Hollywood wanted to produce Warped Remains as a movie, who would you want to be cast as the lead roles?

David: If Hollywood was to produce Warped Remains as a book, I would like to see these two characters as the main roles: Marie Avgeropoulos and Dylan Minnette

Kara: I’m gonna be honest—I typically don’t think about this. Not that I wouldn’t LOVE to have Hollywood produce Warped Remains, but I just don’t picture any actresses / actors in the main roles. It might have something to do with the fact that I almost never remember stars’ names. LOL.

Carrie: If it helps, Kara, I had to look up the people that David mentioned lol #Ireadbooks 😉


Q: Did you have the whole plot outlined before you started writing Warped Remains, or did you let the characters dictate what came next?

David: I’m not a planner when it comes to writing. To me, the story reads like a report if dictated by a plot outline. True creativity, and where the story reads as real as possible, comes when you envision—and write—as if it’s happening live.


Kara: Nope. There was no plotting for Warped Remains. We had talked about the story and had a basic idea of what we wanted to happen, but we just wrote the story and let it lead us. Like David, I can’t plot because when I do, I feel like I’ve already told the story and then I lose the desire to write it.

Carrie: You guys make a good team, then!


Q: What is something God taught you while you wrote Warped Remains?

David: One thing God taught me—ha! As if it’s only one thing—to take a Leap of Faith. As long as we place our trust in God, we have done right—open a pinhole and God will open the door. The same is true with writing: trust God and He will be there every step of the way!


Kara: God taught me a couple of things while writing this book. First, everyone is worthy of redemption, regardless of past sins and mistakes. Second, Christian teen fiction doesn’t have to be boring and preachy, but that it can be fun and thrilling while still sharing His word in a respectful manner.

Kara: In addition to working on INFERNO with David, I’m deep in edits for a contemporary young adult Christian romance titled PERFECTLY IMPERFECT. It will be available from Anaiah Press in May 2020.

What about you? What interests you most about Warped Remains and/or David Jemal & Kara Leigh Miller?