Happy February – official (according to me) KissingBooks month! And welcome to what I hope will be another annual giveaway series, much like the Christmas Reads series I do each November/December. This LOVE STORIES giveaway series is thusly named for two reasons – first, because I love stories and second, because I love Love Stories. 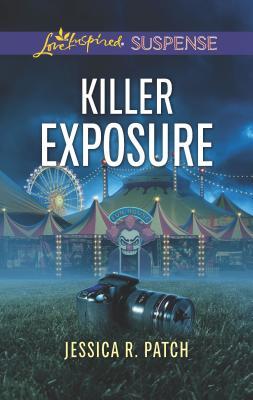 A killer with a secret motive…

A mother with a secret baby

Crime scene photographer Greer Montgomery didn’t expect to witness a murder at a small-town carnival—nor to be rescued by the father of her secret baby. A storm chaser, Locke Gallagher often stares down death, but he’s never known true fear until Greer’s life is at risk. But how can he protect his newly discovered family when the killer could be anyone? 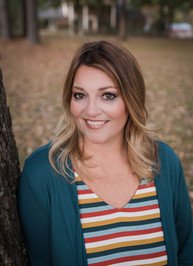 Jessica R. Patch lives in the mid-south where she pens inspirational contemporary romance and romantic suspense novels. You can find her sneaking off to movies with her husband, watching way too much Netflix with her daughter, dominating her son at board games, and collecting recipes to amazing dishes she’ll probably never cook. She is the author of the Seasons of Hope series, the Honeyhaven series, and ten Love Inspired Suspense novels including the Security Specialists series. 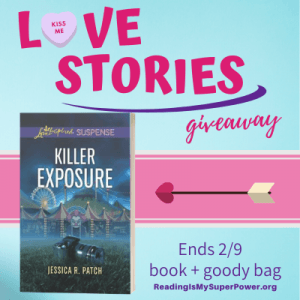 Jessica R. Patch is offering a print copy of Killer Exposure + a Valentines goody bag to one of my readers! (US only) This giveaway is subject to Reading Is My SuperPower’s giveaway policies which can be found here. Enter via the Rafflecopter form below.


What about you? What interests you most about Killer Exposure?