Today’s first book is A Glitter of Gold by Liz Johnson – complete with a swoonilicious excerpt of the author’s fave kissing scene in the book! (READ FROM THE SAFETY OF THE FREEZER. Just sayin.) 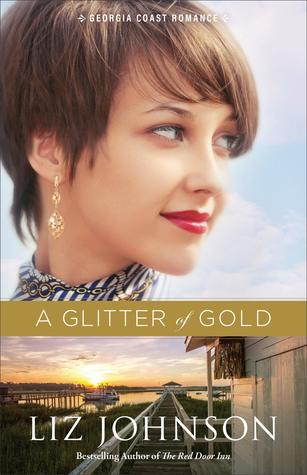 Anne Norris moved to Savannah, Georgia, for a fresh start. Now her pirate-tour business is flagging and paying the rent requires more than wishful thinking. When she discovers evidence of a shipwreck off the coast of Tybee Island, she knows it could be just the boon she needs to stay afloat. She takes her findings to local museum director Carter Hale for confirmation, but things do not go as planned.

Carter is fascinated with the wreck, the discovery of which could open the door to his dream job at a prestigious museum. But convincing Anne to help him fill in the missing pieces of the puzzle is no easy task. And working with Carter means that Anne will have to do the one thing she swore she’d never do again: trust a man.

The storm finally began to settle, the rocking of the ship returning to a familiar gait. My heart seemed only to increase its pace, fear and uncertainty growing with each passing moment. I squeezed my eyes closed against the pressure building inside and was nearly ready to dive overboard when the door slammed open. I jumped to my feet, hands fisted at my sides.

Captain Thackery threw the door closed with such force that the whole ship seemed to tremble. His face was darker than a thundercloud, his eyes as wild as the storm that had nearly taken the Catherine to her grave. He tossed his pale yellow hair from his face, water spraying from him like a dog after a bath.

What were you thinking?

He demanded to know. But I could only shiver in response.

He rushed to me, grabbing both of my shoulders and hauling me to his chest. He was so warm that steam seemed to rise from him. I could only shake my head, trying to catch my breath and find my footing.

I was neither afraid of him nor afraid to speak up. I simply did not know what to say. I could not find the words to tell him that I had been thinking only of him.

He let me go so swiftly that I nearly collapsed. I managed to scurry back against the wall of books, my back pressed against his maps and charts. He followed me. I tried to look at him, but I could not raise my gaze above the line of his jaw. It worked back and forth, its speed increasing with each movement.

His hands pressed against the bookcases on either side of my head, and he hung his head before me, his hair still soaking. He smelled of rain and wind and the wood of the ship. Individual drops caressed his cheeks as they rolled down the lines of his face, finally falling to the floor at my feet. I knew not what to say to break the silence, save for his powerful gasps. So I touched his cheek. I meant only to brush the rain away, to dry his skin. The moment my thumb connected, his hand shot to my wrist, holding me there.

His words sounded as though they had to be dragged from deep in his chest. I knew he was right. I should have been horrified by my own behavior, but I had left my shame at the port in Savannah. I could only find joy in his healing. I had saved his life, touched his flesh with my own bare skin many times during his infirmity. I had pressed my hand to his face, felt the flush of fever across his skin, mopped the sweat from his neck and chest.

I could not ignore his need in that moment, so I pulled gently against his restraint. I begged him to let me touch him, but the single word was a mere whisper. It caused him to look up. When my gaze met his, I was certain that something unspoken had come between us. It made my chest feel tight and my belly ache. It made the hair on the back of my neck stand on end.

He released my wrist, his fingers trailing along my arm to my shoulder. Fire followed his touch such that I was certain my shirt had been scorched.

Then, as though he was angry with himself, he shook his head and frowned before telling me that I should not have gone after him. I had put myself in danger. I had taken such a foolish risk. Whatever had I been thinking?

He seemed surprised by my honesty. As was I.

He told me I could have been lost. His words were soft, nearly kind then. And there was a strange tremor to his tone. It seemed to reach within me, setting every piece of me in motion. Mama had never spoken of this. She had never told me what it could be like between a man and a woman. Perhaps it was not thus with Papa. Or perhaps polite women do not speak of such things. I must write of it here or burst from the feelings inside. They are too many to name, too strong to deny.

I did not deny them. I forced myself to hold his gaze before taking the most scandalous action. Grabbing him by the front of his shirt, which still clung to his chest, I pulled myself to him. I did not know precisely what I wished for, only that I needed to be close to him. I needed to touch him. The distance between us was too far.

Samuel must have felt it as well. For he knew exactly what I desired and offered it, at first hesitantly. His arms still corralling me before him, he merely leaned down and pressed his lips to mine.

I should have melted to the floor. I remained afoot only by the strength of my hold on him. Yet I quivered against his warmth.

Certain that he would pull away as quickly as this had begun, I memorized every element. The brush of his whiskers against my chin. The way the muscles in his forearms stretched and bunched. Then the arms in my line of sight disappeared and swept me away, sliding around my waist and holding me close. His lips were so gentle.

I have written thousands of words in this journal, and I can find not even one to fully describe the symphony of joy within me when I merely ponder the experience.

It ended abruptly, he pulling only his head back. His arms remained tightly around me, and I am certain that my eyes were as large as saucers. Pressing his forehead against mine, he shook his head.

He spoke my name as though it were a prayer. Was he praying for me? I had certainly prayed for him many times. And then his devastating words.

We cannot. I must not. 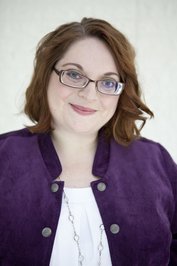 By day Liz Johnson is a marketing manager. She makes time to write late at night—that’s when she thinks best anyway. Liz is the author of more than a dozen novels, a New York Times bestselling novella, and a handful of short stories. She’s a Christy Award finalist and a two-time ACFW Carol Award finalist. She makes her home in Phoenix, Arizona, where she enjoys exploring local music, theater, and doting on her nieces and nephews. She writes stories of true love filled with heart, humor, and happily ever afters. 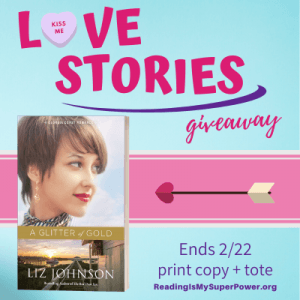 Liz Johnson is offering a print copy of A Glitter of Gold and a “Glitter As You Go” tote to one of my readers! (US only. Void where prohibited by law or logistics.) This giveaway is subject to Reading Is My SuperPower’s giveaway policies which can be found here. Enter via the Rafflecopter form below.


What about you? What interests you most about A Glitter of Gold & the kissing scene excerpt that Liz Johnson shared?

29 responses to “Love Stories GIVEAWAY: A Glitter of Gold”