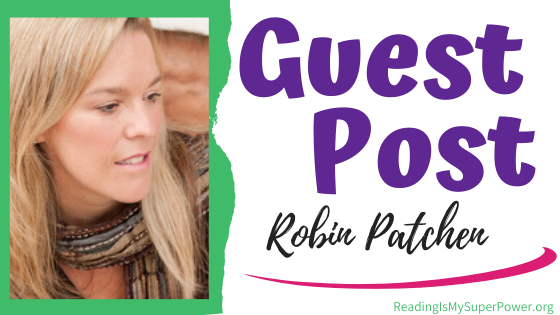 Please join me in welcoming Robin Patchen – and her heroine Chelsea Hamilton – to chat about her latest book Legacy Reclaimed! 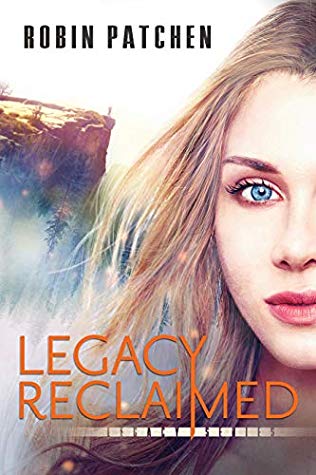 Chelsea Hamilton spent her life preparing to run the international clothing business her parents started, but she’s still caught off guard when she learns of her mother’s untimely death. Chelsea returns to New Hampshire, buries her mother, and prepares to take the helm at the business. When a stranger attempts to kill her, she realizes somebody doesn’t want her to inherit her legacy.

Since quitting the police force and opening his own private investigation agency, Dylan O’Donnell has spent most of his time searching for lost teens. He doesn’t know what to think of the beautiful woman seeking his services, and he’s even more surprised when she tells him her story. Hers isn’t the kind of case he’s accustomed to handling, and she isn’t the kind of client he quit his steady job to help, but something about the woman—with her high-end purse and designer clothes—pulls at him. She’s in danger, and he can’t turn her away.

Together, they dig into her family secrets. The closer they get to the truth, the closer they grow to one another. Can Chelsea save the legacy her parents fought to leave her? Can Dylan save Chelsea from the enemies determined to see her dead? 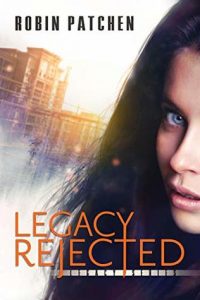 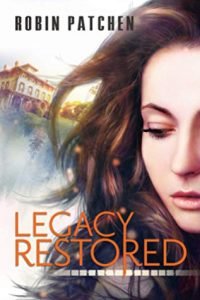 An Interview with Chelsea Hamilton

An interview with Chelsea Hamilton, heiress of the Hamilton Clothiers fortune.

Chelsea arrives at the private club flanked by bodyguards. She wears a pale pink Akris sheath dress that likely cost upwards of two thousand dollars and gold Dior sandals. Her blond hair is straight and pushed back behind her ears. On her face are a bit of blush, mascara, and pale pink lipstick, which allow her natural beauty to shine through.

CH: Please, call me Chelsea. [She speaks with an upper-class English accent.]

RKP: Chelsea, you don’t do many interviews.

CH: [She settles in the plush chair and glances over her shoulder at one of the bodyguards.] It can be… complicated… to meet with reporters. I prefer to focus on my work and avoid the public eye.

RKP: You’ve done well with that all of your life. Considering your sizeable fortune—

CH: It’s not my fortune. My parents started the business before I was born. Since Daddy’s death, Mum runs the company. I’m just a lucky benefactor.

RKP: Do you ever plan to return to New Hampshire?

CH: Of course! All my years in England and now in Paris have been preparing me to take my place at HCI.

CH: I double-majored in business and fashion, then earned my MBA. As soon as I finish this design internship in Paris, I’ll return to New Hampshire to take my place in the company. I hope to start in design, but ultimately my goal will be to work in every department until I understand the workings of the business. Only then will I feel prepared to take over Mum’s job as CEO. Fortunately, there’s no rush. Mum is young and healthy and has plenty of years ahead of her.

RKP: New Hampshire is much… quainter than Paris. Won’t you miss the glitz and glamour?

CH: [laughing] Honestly, I’m quite looking forward to going home. I miss my little town of Coventry. I miss the lake and the mountain where I spent so many hours as a girl. [She gestures to the opulence surrounding us.] Believe it or not, I feel much more at home in New Hampshire than I ever will in the high-fashion world of Paris. Don’t get me wrong. I love this, too. I love fashion and design and the friends I’ve made here but… [She leans forward and lowers her voice] I rather look forward to wearing jeans and T-shirts now and again.

RKP: The kinds of clothes your company makes.

RKP: May I ask why you chose to be educated in England in the first place?

CH: [her smile slips] I didn’t choose it. After Daddy died, Mum sent me to her alma mater in England. I believe she wanted me to gain an understanding of the world she grew up in and to get to know her parents. And, I think she believed I would heal faster from Daddy’s death.

RKP: Do you think it helped?

CH: Mum had my best interests at heart.

RKP: Do you think your father’s murder had any bearing on your mother’s decision to send you out of the country?

CH: Mum became extra protective after Daddy’s death. [She glances again at the bodyguard] But since his death was random, I don’t see why it would have. It’s not as if London is safer than rural New Hampshire.

RKP: Are you sure that your father’s death was random?

CH: [She sits back, eyes wide] Of course. There’s never been any question. He was killed in a mugging gone wrong.

RKP: You were how old?

RKP: And you’ve lived in England, and now Paris, ever since, right?

CH: I spent some summers at home, but mostly, yes, I’ve been in Europe.

RKP: Tell me, have you met potential beaus? You run with the rich and famous. You must have met some intriguing men.

CH: [shrugging] I’ve made some lovely friends, but aside from one boyfriend back in college, nobody has caught my eye.

RKP: Nobody? How can that be? You’ve met business tycoons and world leaders and heirs to giant fortunes. You’re telling me that none of them has interested you?

CH: I’m not looking for a rich and powerful man. I’m looking for a kind man, a godly man. They are hard to come by in the circles I travel.

RKP: Kind and godly men are hard to come by in every circle

CH: [wry smile in place] Indeed. If the Lord has a good man for me, He’ll bring us together. I am choosing to trust His timing and not give up hope.

I hope you enjoyed this interview with the elusive Chelsea Hamilton. The rest of her story can be found in Legacy Reclaimed.

what a fun interview, Robin! I look forward to getting to know Chelsea better 🙂 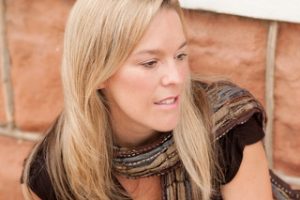 Aside from her family and her Savior, Robin Patchen has two loves—writing and traveling. If she could combine them, she’d spend a lot of time sitting in front of her laptop at sidewalk cafes and ski lodges and beachside burger joints. She’d visit every place in the entire world—twice, if possible—and craft stories and tell people about her Savior. Alas, time is too short and money is too scarce for Robin to traipse all over the globe, even if her husband and kids wanted to go with her. So she stays in Oklahoma, shares the Good News when she can, and writes to illustrate the unending grace of God through the power and magic of story. 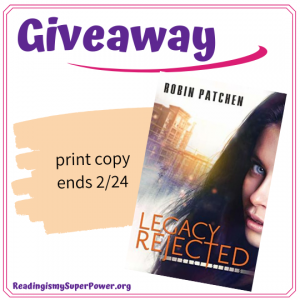 Robin Patchen is offering a print copy of Legacy Rejected to one of my readers! (US only) Void where prohibited by law or logistics. This giveaway is subject to Reading Is My SuperPower’s giveaway policies which can be found here. Enter via the Rafflecopter form below.


What about you? What interests you most about Legacy Reclaimed and/or Robin Patchen’s interview with the heroine, Chelsea Hamilton?