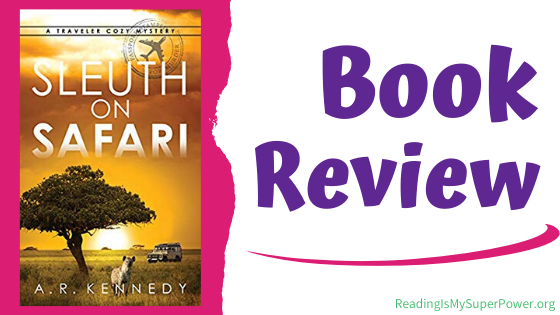 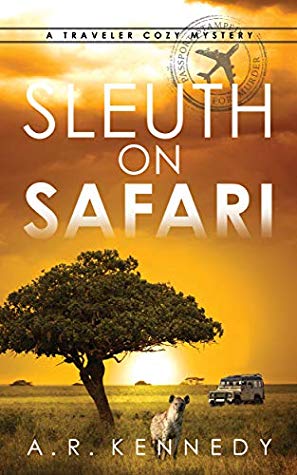 A bargain deal on a safari + one dead body = An adventure no one could plan for.

Naomi and her estranged sister are off on a trip of a lifetime—an African safari, a bucket list trip for Naomi on which she got a last-minute deal. Naomi thinks traveling with her sister will be the worst part of her African safari until she finds one of their fellow travelers, the unlikable Dr. Higgins, dead. She gets more adventure than she bargained for when she starts investigating what she thinks is murder but the luxury lodge says was a tragic accident. She only has a few vacation days, and a few game drives, to find the killer.

Sleuth on Safari takes us deep into the heart of Africa, on a bucket list trip for Naomi – and, vicariously, for the readers too! While I’ve never been on a safari … and probably never will because a) I don’t fly and b) I’m not a fan of heat and c) I would be terrified the whole time … I very much enjoyed the vivid descriptions of the vista and the animals they encountered on their drives. And let me just say that if I’d had the kind of experience Naomi did in the treehouse, I would be heading home that instant. I like my rooms to have 4 intact walls. Just saying. Yep. I’m a wimp when it comes to the great outdoors lol.

The murder mystery is a bit gruesome for a cozy mystery but it lends itself nicely to a closed-door feel of a case to solve – a la Agatha Christie. Even though they are in the wide open of a safari, the suspect can only be one of the people on safari or one of the handful of staff at the lodge. Nobody comes in or out of the area easily, and that aspect ramps up the tension in this story and keeps it high throughout.

I also really liked Naomi. She’s an intriguing blend of impetuous and insecure – but also confident in who she is when it matters. The banter between she and her half-sister was entertaining and added some humor at the right moments … but there were also some sweet moments between them as well. None of the supporting characters were especially likable, though they all had their likable moments certainly, and all were quirky in their own rights. This kept the list of potential suspects long and ever evolving as Naomi took it upon herself to solve the case.

Bottom Line: Pack your bags and head on safari (vicariously, of course) with A.R. Kennedy and her plucky heroine Naomi. Layers of tension combine with vividly-drawn landscapes and wildlife to create a story that’s fraught with danger and suspense. The writing style is smooth and engaging, and you’ll find yourself eagerly turning the pages to see how it all plays out.


Reviewer’s Note: Readers may want to be aware that there are some mild curse words scattered throughout this novel. 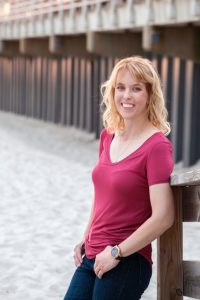 A. R. Kennedy lives in Long Beach, New York, with her two pups. She works hard to put food on the floor for them. As her favorite T-shirt says, ‘I work so my dog can have a better life’. She’s an avid traveler. But don’t worry. While she’s away, her parents dote on their grand-puppies even more than she does. Her writing is a combination of her love of travel, animals, and the journey we all take to find ourselves.

What about you? What interests you most about Sleuth on Safari? Have you ever been on a safari?

5 responses to “Book Review (and a Giveaway!): Sleuth on Safari by A.R. Kennedy”