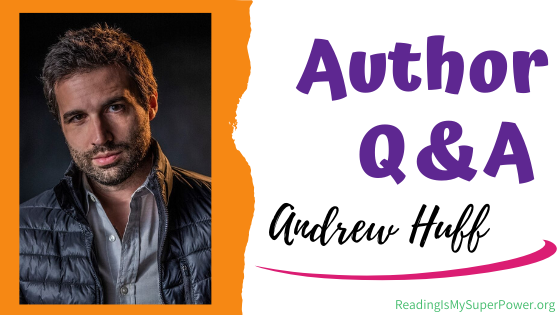 Please join me in welcoming Andrew Huff to the blog today to chat about his debut novel, A Cross to Kill! 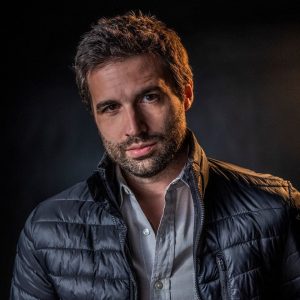 Andrew Huff spent 10 years in local church ministry before pursuing God’s calling into creative storytelling and media production as the Product Director at Igniter Media, a church media company (ignitermedia.com). He is a two-time finalist in the American Christian Fiction Writers Genesis Contest for unpublished authors (2014 & 2017) and also won the Best Screenplay award at the 2015 48 Hour Film Festival in Richmond, VA. He resides in North Texas with his beautiful wife Jae and their two boys. 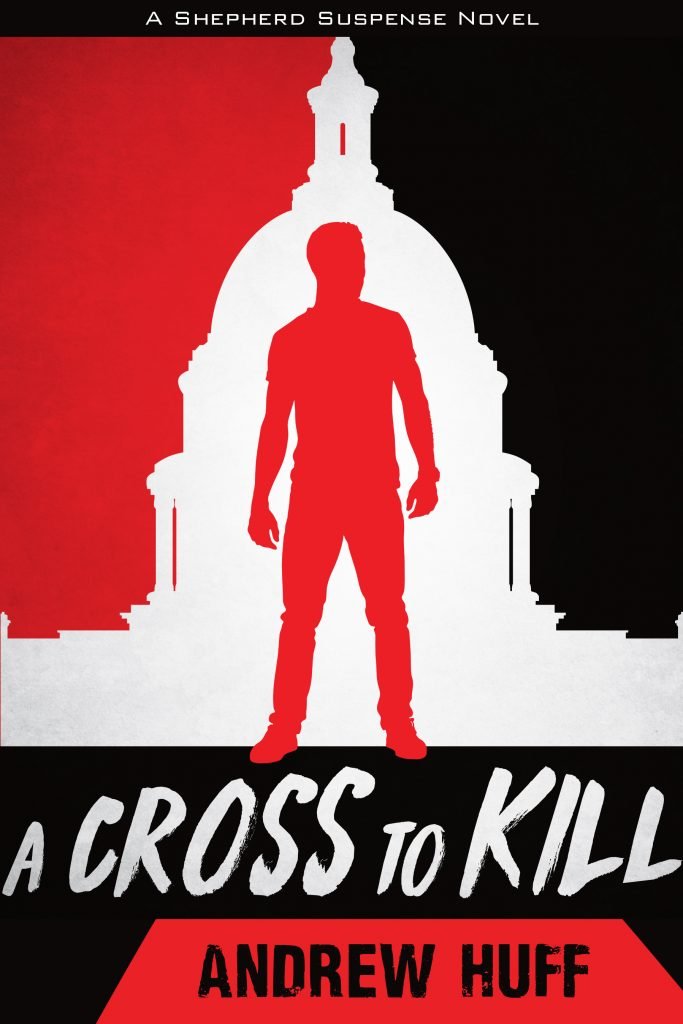 John Cross is a small-town pastor, bent on leading his flock to follow God’s calling. He’s not the sort of man one would expect to have a checkered past.

But the truth is that the man behind the pulpit preaching to his sheep was once a wolf–an assassin for the CIA. When John decided to follow Christ, he put that work behind him, determined to do penance for all the lives he took. He vowed never to kill again.

Now someone wants the peaceful pastor to pay for his sins with his own life. And when a terrorist out for revenge walks into the church, John’s secrets are laid bare. Confronted with his past, he must face his demons and discover whether a man can truly change. Can he keep his vow–even when the people he loves are in mortal danger? Will his congregation and the brave woman he’s learning to care for be caught in the cross fire? In the end, John’s life may be the only sacrifice he has left to offer. . .

Hi Andrew! Welcome to the blog!

Andrew: Summer, by far. I’m one of those rare people who prefers the heat, so not only do I enjoy summer, but I enjoy a Texas summer. Beach trips, barbeques, iced coffee, you name it, I like it.

Carrie: I enjoy those things (except the coffee) … but in cooler temps haha

Andrew: I’m very much a dog person. I used to be ok with cats until I discovered I was allergic to them and the relationship soured.

Carrie: yep. that would do it.

Andrew: Definitely coffee, like probably too much so. And when I say coffee, I mean dark roast with nothing added. I’ve even been guilty of adding espresso shots to brewed coffee!

Andrew: I love both, but definitely prefer card games. The classics will always be an option (Rummy, War, Uno, etc.), but I’m really enjoying some new card games our family has discovered like Exploding Kittens.

Carrie: I’ve heard some fun things about that one!

Andrew: I think I would have the superpower of precognition, the ability to see future events. I’m very interested in the psychology behind predicting human behavior, and I believe the Bible has a lot to say about what we can expect when we behave one way or another. I think that’s why I’m so interested in story. The events that happen in a story are less interesting to me than the reaction of the humans either a) in the story or b) telling the story.


Carrie: Yes! The reactions make the story as far as I’m concerned.


Andrew: This question is such a hard and perplexing one because I can’t decide on one! I think there’s certainly a theme in my favorite book characters from my childhood: the Hardy Boys, the children of Han Solo and Leia Organa in the expanded Star Wars novel universe, Dick Grayson/Robin from the Batman comic book series.

As a child, I was drawn to characters similar to me in age and gender who found themselves in the middle of adventure and called upon to overcome the obstacle of youth in pursuit of victory over evil. I’ve found the same is true for me as I get older as well. I identify most with male characters of a similar age who have to use their wits to get out of impossible situations.


Carrie: As a kid I was an equal opportunity reader – didn’t matter if the characters were my age or gender or not. (Read nearly as much Hardy Boys as I did Nancy Drew) And while my first instinct is to say that I identify more with characters my own age now… I think it’s because I keep forgetting that I am not, in fact, in my 30s anymore lol.


Andrew: While not necessarily weird, I did get nervous about researching the various ways to construct a suicide bomb vest. I like to write in hyper-realism, which means even though I might take creative liberty with an action or concept I want it to feel as close to real as possible. So, while my characters may deal with a suicide bomber in a sensationalized way, I want the situation to feel real by being as accurate as possible when it comes to the details.

Interestingly, I posted about the peril of searching for information about suicide vests and that post opened the door to a conversation with a friend who actually dealt with the disposal of explosive ordinances in the military. Fingers crossed I don’t eventually get a visit from the FBI.


Q: Which of your main characters is most like you?


Andrew: A lot of people assume the main character in my debut novel, John Cross, is the character most like me, but you’d be surprised to learn that I actually write a supporting female character named Guin Sullivan more to my real voice than any others. I’m similar in age and gender to John, but less like him in his stoicism and philosophy. Guin, who is recurring through the series, is the least like me in the fact that she is not a Christ-follower, but I’ve enjoyed seeing how alike we are in attitude, mannerisms, and wit. And I’m excited to see how that continues to develop given the complexities she brings to the table as both a female and as someone yet to discover a personal faith.

Carrie: I love that!


Q: Do you have the whole plot outlined before you start writing, or do you let the characters dictate what comes next?


Andrew: I love this question because it is directly related to the process by which a person even begins to write a novel. I always outline the plot before I begin. I don’t think I could do it any other way. The detail to which I outline has changed over time as I’ve grown more confident, but before I type a word, I’ve already laid out exactly what happens in each chapter of the book. BUT, as I write it is amazing to watch how the characters take on a life of their own and sometimes force me to adjust my plans. The critical points of the novel never change, but sometimes the path to get from point A to B looks different from how I thought it would. And that’s one of my favorite things about writing.


Carrie: That’s so fascinating to me!


Q: What do you most want readers to take away from A Cross to Kill?

Andrew: The first and foremost thing I hope is that readers are entertained by the book. I wanted to write a story that wasn’t just rich and inspiring in theology but also exciting and fun. I also hope that readers stop and consider their own beliefs regarding the two main theological questions in the book: 1) Is it ever appropriate to take another person’s life? And 2) Is there anything a person can do that God isn’t willing to forgive? While the first question has a lot of nuance, I hope readers walk away from the book believing the answer to the second question is a confident “No.”


Carrie: I love stories that challenge me to think about the ramifications of questions introduced by the plot/actions/characters even as they entertain me.

Andrew: I’m so excited to share Cross Shadow, the second book in the Shepherd Suspense Series, with readers this May. Many of the central characters return in a story that I think is unexpected in an exciting and refreshing way. The series will conclude at the end of the year with Right Cross, and then I hope to continue writing action thriller novels with new central characters. I’m also very interested in screenwriting, and my dream would be to adapt one of my stories for the big screen, Lord willing!

Carrie: That would be awesome! 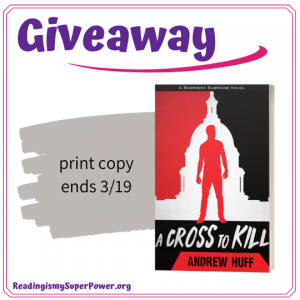 Andrew Huff & Kregel Books are offering a print copy of A Cross to Kill to one of my readers! (US only. Void where prohibited by law or logistics.) This giveaway is subject to Reading Is My SuperPower’s giveaway policies which can be found here. Enter via the Rafflecopter form below.


What about you? What interests you most about A Cross to Kill and/or my Q&A with Andrew Huff?

17 responses to “Author Interview (and a Giveaway!): Andrew Huff & A Cross to Kill”