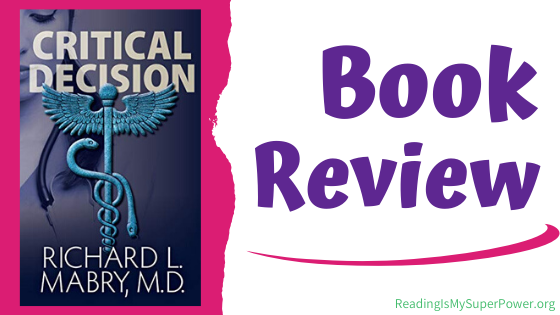 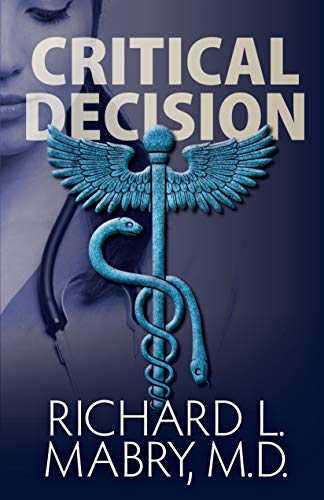 IT BEGAN WITH AN INNOCENT-APPEARING PACKAGE ON HER FRONT PORCH

The box contained a cell phone, which rang as soon as she opened the package. A voice that called Dr. Kathy Hoover by name said that her husband had been kidnapped. To get him back she would have to poison one of her patients.

At first, she didn’t believe that her husband had been taken from the conference he was attending, but soon she discovered that the kidnappers really had Darren. If she wanted to see him again, she had to give medication that would murder Kelton Rush, former Vice-President. What was she to do? How would she handle this critical decision?

Kathy Hoover is immediately relatable in Critical Decision, the opening scenes a glimpse of her going through her typical day … until a mysterious cell phone shows up on her doorstep and sends ‘typical’ into a vortex of kidnapping, attempted murder, and a fight for her life, her husband’s, and that of a former Vice President of the United States.

Intrigued yet? So was I! So much so that I read this short novel in one sitting, flipping the pages in my Kindle as fast as I could. The plot is complex and layered, with a handful of likely suspects and a few other characters you want to trust but aren’t sure you can. I was suspicious of everyone at one point – even completely innocuous characters who didn’t have anything to do with anything except scene setting haha!

I also really liked Kathy’s husband Darren. He may ‘just’ be a professor but he surprised me with his will to survive and figure out a plan to escape. He is definitely not a passive character, though for some reason I was expecting him to be. The dynamic between Darren and Kathy is realistic for a married couple – both when they are getting along and when they aren’t lol – and provided more dimension to their situation as well.

Bottom Line: Critical Decision is another stellar offering from Richard Mabry – combining medical drama with high-stakes suspense & a bit of intrigue thrown in for good measure. All of the above is set against a backdrop of ordinary people in extraordinary circumstances (and can’t we all relate to that right now?) with a gentle thread of faith that uplifts, convicts, and inspires. A great reminder that God is with us, no matter our situation, and that He is always working on our behalf even when we don’t readily see it. 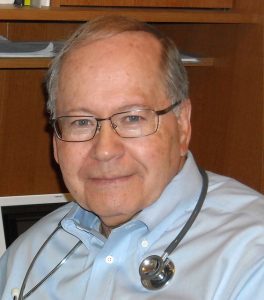 Dr. Richard Mabry is a retired physician, now writing “medical mystery with heart.” His novels have garnered critical acclaim and been finalists for ACFW’s Carol Award, both the Romantic Times’ Inspirational Book of the Year and Reviewer’s Choice Awards, the Inspirational Readers’ Choice, and the Selah Award. He is a member of the American Christian Fiction Writers, the International Thriller Writers, and Novelists Inc.

Other Books by Richard L. Mabry

Richard Mabry is offering a print copy of Critical Decision to one of my readers! (US only. Void where prohibited by law or logistics.) This giveaway is subject to Reading Is My SuperPower’s giveaway policies which can be found here. Enter via the Rafflecopter form below.


What about you? What interests you most about Critical Decision?