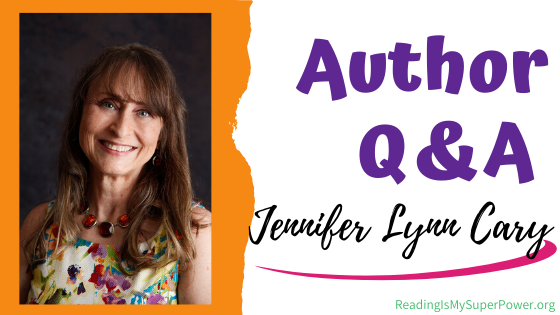 I’m pleased to welcome Jennifer Lynn Cary to the blog today to chat about her Christian historical fiction series The Crockett Chronicles! 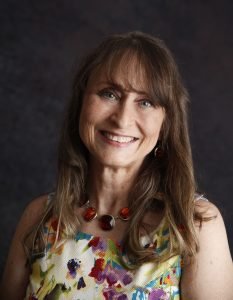 Jennifer Lynn Cary is a retired teacher and direct descendant of Davy Crockett. She and her husband of almost forty years live in Arizona where they enjoy spoiling the youngest of the Crockett descendants, their three grandchildren. Feel free to follow her on Amazon or on Facebook. You can sign up for her newsletter on her website. 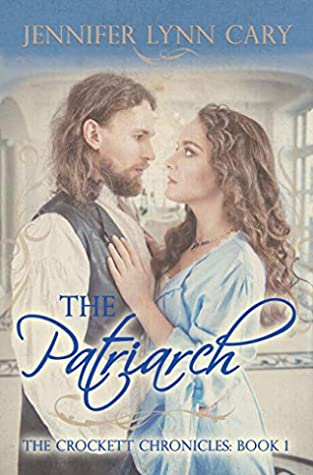 Sometimes a hero is born, sometimes he rises to the occasion, but sometimes being a hero runs in the family. See how it all began.

Antoine Desaure Permonette deCrocketagné, the dashing second in command of the Versailles palace guards for King Louis XIV, is about to have his world turned on its ear when the king’s beautiful and mysterious cousin, Louise de Saix, arrives for a visit. What begins as a matchmaking scheme on the part of the king turns into an assignment like none Antoine has ever experienced. Now he must decide what is right at a time when choosing right could mean great loss, including his life. Could Louise be a Huguenot spy? Who is this Matthew Maury? And if his king’s commands go against God’s, what will Antoine choose?

Louise, a distant and sheltered cousin of the king discovers two things during her first appearance at court—she is out of her element and the escort her host has provided stirs foreign emotions in her heart. Will her secret get her into trouble? Can Antoine be trusted? And if she finds her heart’s desire, what will it cost?

Set against the opulent world of seventeenth-century Versailles, The Patriarch depicts a fictional account, based on factual information, involving the first Crockett in the lineage of the famous frontiersman, Davy Crockett. 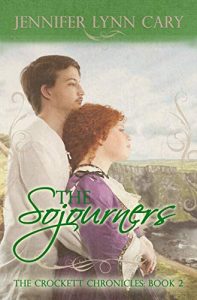 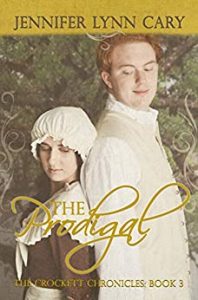 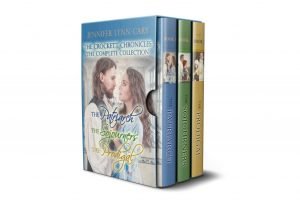 Hi Jennifer! Welcome to the blog!

Jennifer: I live in Arizona so Winter. Absotivelylutely.

Jennifer: Don’t know that I always subscribed to one way or the other, but my husband has definite opinions, so for the sake of peace in the home, we’re an over family.

Jennifer: I enjoy both, but as I can see mountains in every direction from my home, I say mountains. They remind me of Psalm 121


Carrie: Yes! I agree! (though i wish i could see mountains in any direction from my home lol)

Jennifer:Hmmm, guess I’m in the sandwich camp. Don’t need soup with my sandwich, but I do need a sandwich with my soup.

Jennifer: I think it would be seeing something and saying “I can do that!” It also gets me in a lot of trouble at times (like when I tackled smoothing out the popcorn ceiling in our living room only to learn after that it had asbestos), but somehow I’ve done a lot of things no one would ever have thought I could do—made a prom dress, baked/designed a multi-tiered wedding cake, laid tile in our bathroom, raised kids, gone back to school for a teaching degree, spoke before an audience (a few times). Truth is, lots of people have this superpower. Some use it but don’t know that it is special. Others never tap into it. Some of us look back and it is mind-blowing that we did things and have lived to tell the tale.  Oh, yeah, that reminds me, I’ve written books—done that, too!


Jennifer: I have several (don’t you just love when someone says that?)—Janet Lambert wrote characters that felt like family. But I LOVED Nancy Drew. I wanted to be her when I grew up and often, I think, I learned things that stuck with me long after. I even bought a Nancy Drew book for my sister for her birthday one year and had to read it before I gave it to her. I know. Hanging head in shame.


Carrie: Nancy Drew is my girl! And as a proud member of the ‘read the book before you give it as a gift’ club, I hold no shame over you 😉

Jennifer: About six months or so ago my legs started to swell when I sat at my desktop too long, which was a problem because I had to book to finish (The Prodigal). I mentioned to my hubs that I thought a laptop might help. He got me one within a couple days (he’s a keeper). In my office I have an old easy chair, dusty rose velour, that used to belong to my grandmother. Now I kick back in that with my laptop on my lap desk and type for hours. Bonus is my legs don’t swell. I’ve been known to take the laptop other places, but in that easy chair with my legs up, that’s my favorite.


Q: What surprised you about this series or your characters as you wrote their stories?


Jennifer: With The Crockett Chronicles, there are three stories (The Patriarch, The Sojourners, and The Prodigal) and I went about writing each from a different angle. The first two were finished in draft a long time ago (read years) and took much time to write. The third one, The Prodigal, was cranked out in ten weeks and is fresher in my mind. I remember contacting my editor and telling her that I didn’t see the pirate angle coming but it made sense. And once I started that idea, so many ideas called for my attention. I never thought I would write that book. I figured The Patriarch and The Sojourners would sit on a shelf and I would move on. But my editor had other plans. She told me trilogies are better than just two and I needed a third. So I started with the idea that this guy who was born during a storm would have a storm brewing inside him. I knew that he would call the heroine Maybe but needed a reason. And then I knew something dark was in her past but didn’t know what. I also had a character jump out and introduce herself to me, a minor one who took on importance, Aphra White. Didn’t know what she was doing there at first but wow, she was something!

Carrie: I love stories from authors about stuff like that happening! I think it makes the books that much richer.


Q: Related to that … Did you have the whole plot for each book outlined before you started writing, or did you let the characters dictate what came next?


Jennifer: The first two books were totally Seat of Your Pants books. Then I tried Jen Crosswhite’s Novel Blueprint. I didn’t go into a lot of depth but used parts. It was the first book I tried with it. What I liked was that although I was coming up with a plan, I wasn’t necessarily outlining. There was always a lot of room for my characters to surprise me. I’m still a Seat of the Pants girl, but I use Novel Blueprint to act as the guard rails when I take that road to adventure with writing.


Carrie: that’s a great combination – the best of both worlds!


Q: What do you most want readers to take away from The Crockett Chronicles?

Jennifer: That God is in control and He is love. If we can surrender to those truths, then faith, trust and mercy (the themes of The Crockett Chronicles) will surround us, fill us, support us and guide us straight to His heart.

Jennifer: I am glad you asked. This year is super busy! I have something scheduled to release every other month all year through November.

May—I’m launching a novella loosely based on my dad’s restaurant back in Indiana during the 1950s-60s titled Tales of the Hob Nob Annex. I call it “made up stories, sort of, about a real place.” In a way, it’s a love story for my hometown.

July—A new series, The Relentless Series, will launch the first book Relentless Heart. It was inspired by the book of Ruth and is set in 1968 Viet Nam around the time of the Tet Offensive and then in Indiana.

September—The second book of the series is a novella. Wedding Bell Blues is the story of one of the minor characters, Thea Salem, who wouldn’t let me alone. She wanted her story told. We’re back in Indiana, fall of 1968-spring 1969.

November—The third book of the series, Relentless Joy will be the last to release this year. While researching Relentless Heart, I remembered that Boaz’s mother was Rahab. That was too good to pass up. I figured out the time frame and then looked at where American history would fit and found a fun match. This story is mainly in 1932 with most of the first part in Washington DC and then in (you guessed it) Indiana.

I’m so excited about this and can’t wait for the books to release. Thanks for letting me share. And thank you so much for having on Reading Is My Superpower. This has been a blast!

Carrie: My pleasure! Come back anytime 🙂

Jennifer Lynn Cary is offering one of my readers the complete ebook set of The Crockett Chronicles (delivered via Bookfunnel)! (Open internationally except where prohibited by law or logistics.) This giveaway is subject to Reading Is My SuperPower’s giveaway policies which can be found here. Enter via the Rafflecopter form below.


What about you? What interests you the most about The Crockett Chronicles and/or my Q&A with Jennifer Lynn Cary?

13 responses to “Author Interview (and a Giveaway!): Jennifer Lynn Cary & The Crockett Chronicles”