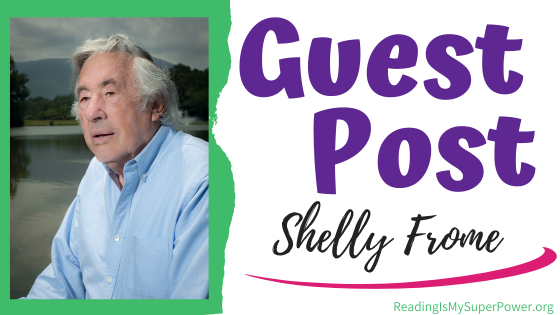 Please join me in welcoming author Shelly Frome to the blog today, chatting about incorporating a more feminine perspective to his stories – including his new cozy mystery, Miranda and the D-Day Caper! 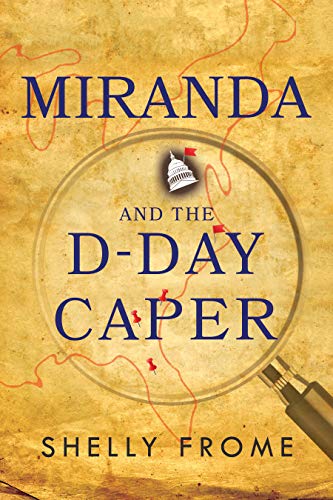 
A modern day mystery with WWII tactics, old-time heroes and values, and the efforts of two amateur cousin sleuths from the Heartland.

On a sparkling spring morning in the Blue Ridge, small-town realtor Miranda Davis approached the tailgate market, intent on dealing with her whimsical cousin Skip’s unexpected arrival from New York. It turns out that Skip was on the run and, in his panic, grabbed his beloved tabby Duffy, recalling that Miranda had a recent part in solving a case down in Carolina. His predicament stemmed from intercepting code messages like “Countdown to D-Day,” playfully broadcasting the messages on his radio show over the nation-wide network, and subsequently forced to flee.

At first, Miranda tried to limit her old childhood companion’s conundrum to the sudden abduction of Duffy the cat. But the forces that be were hell-bent on keeping Skip under wraps by any means after he now stumbled close to the site of their master plan. Miranda’s subsequent efforts to decipher the conspiracy and somehow intervene placed both herself and her old playmate on a collision course with a white-nationalist perpetrator and the continuing machinations of the right-wing enterprise, with the lives of all those gathered for a diversity celebration in nearby Asheville and a crucial senatorial vote on homeland security hanging in the balance.

Story: the View from the Woman’s Section

by Shelly Frome, author of Miranda and the D-Day Caper

Anyone, like myself, who has been a husband and a father, certainly appreciates how gender affects perception.  And it’s not that when it comes to plot, all my mentors and influences have been predominately male. In fact, my acting coach was the renown Uta Hagen, deep discussions on the topic of character and story took place with the celebrated Julie Harris and Estelle Parsons, the head of the creative writing program at NYU, and the chief dramaturges at the Hartford Stage and the Long Wharf Theater in New Haven were female. However, whether it was a play, movie or a novel, I was led to believe that the gold standard of storytelling was a self-generating impossible quest. This was later amplified by people like the famed literary agent Scott Meredith who told me that if I didn’t come up with at least a variation on this theme, I was never going to get anywhere in this business.

We all know the old expression that rules are meant to be broken, but it’s only lately that I’ve really begun to reconsider this more or less masculine gospel. As it happens, a friendly lady crime writer invited me to join her Internet writers group she dubs “Mystery We Write.” One thing led to another, and even though I realized I was one of the very few male authors, just out of curiosity, one day myself and two other ladies decided to exchange our latest published work. And that’s when all three discovered a marked difference in gender approach. Whereas my male lead was unwittingly caught up in a collision course, their central female characters seemed to be on a more circular trajectory. 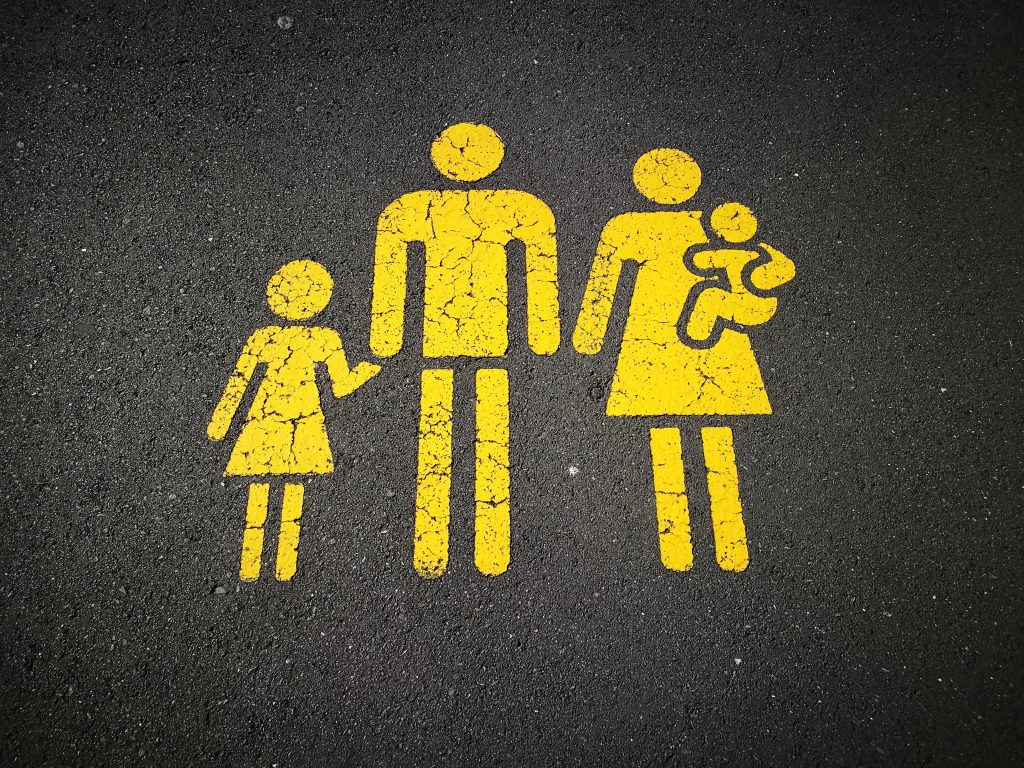 Here, for instance, is an example from the distaff side of the fence. In the background, every now and then there are radio bulletins intimating that somewhere in this homey neighborhood in Cincinnati, a serial killer targeting women is on the loose. In the foreground, a housewife is concerned about her marriage and the little trials and tribulations of her two young children. Her husband, an insurance salesman, has become ill-tempered of late, taken to drink, and flies off the handle when the subject of finances, his imbibing and keeping late hours, plus their little boy’s possible ADD is brought up. In turn, the wife wishes she had someone to talk all this over with and is also contemplating taking a part time secretarial job at the church to help make ends meet. The author, who apparently is very kind and understanding, devotes a chapter or two to the husband’s woes and longings, and a few equally understanding chapters to other characters the wife encounters. And at least one of the opening chapters to one of the wife’s confidants, a retired police officer, who also had a drinking problem, was a prisoner of war and has seen it all. He spends this episode assessing the past and his present circumstances and finally catches the latest bulletin about the Westwood Strangler but doesn’t respond.

In short, like the crime novels of  P.D. James, a sense of unease is more or less percolating. Ruminating and thoughts of mending fences and relationships, healing and making things whole again are integral, even by the husband whose sudden outbursts are followed by retreats to a bar.

This doesn’t mean there won’t come a time after the first quarter of the book that characters won’t be pressed into service. But it’s a far cry from the advice of today’s agents, editors and publishers who claim that if they aren’t “hooked” in the first three pages, they will automatically stop reading.

Evidently there’s another market out there for women readers who want to take their time and get to know everyone and the given circumstances first. Perhaps an initial disturbance propelling a worrisome, proliferating thrust and parry isn’t the only way to go. Perhaps writers don’t have to continually ask themselves “Why here, why now, and so what?”

Perhaps there’s a whole lot to be said for a more feminine point of view. 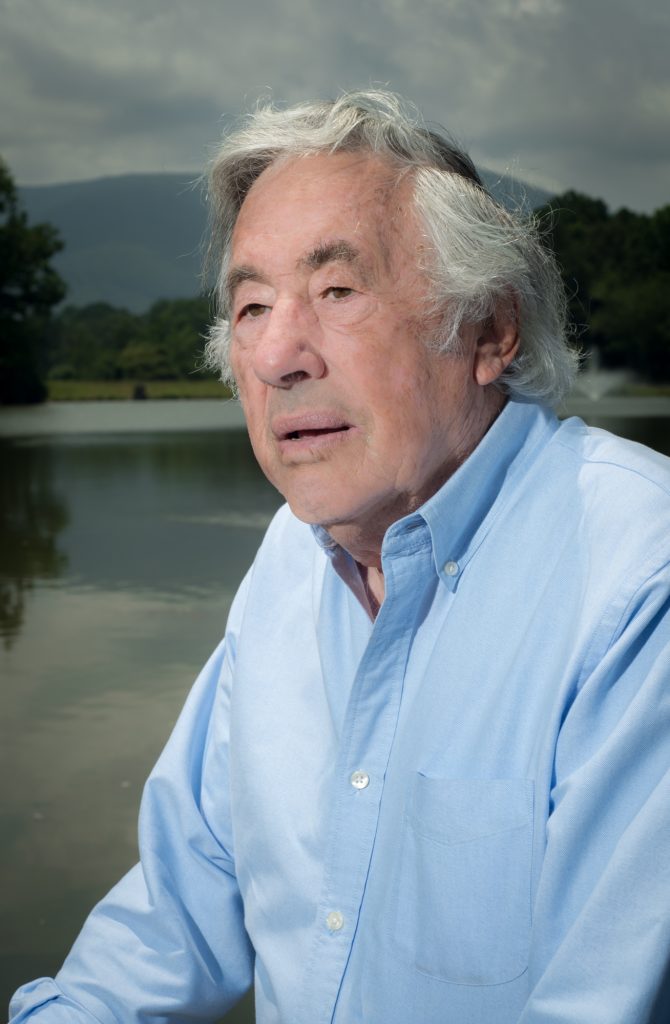 Shelly Frome is a member of Mystery Writers of America, a professor of dramatic arts emeritus at the University of Connecticut, a former professional actor, a writer of crime novels and books on theater and film. He is also a features writer for Gannett Media’s Black Mountain News. His fiction includes Sun Dance for Andy Horn, Lilac Moon, Twilight of the Drifter, Tinseltown Riff, Murder Run, Moon Games and The Secluded Village Murders.  Among his works of non-fiction are The Actors Studio and texts on the art and craft of screenwriting and writing for the stage. Miranda and the D-Day Caper is his latest foray into the world of crime and the amateur sleuth. He lives in Black Mountain, North Carolina. 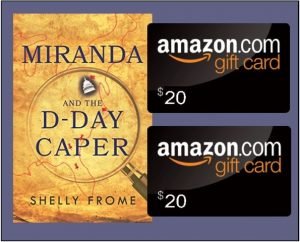 What about you? What interests you most about Miranda and the D-Day Caper and/or Shelly Frome?

12 responses to “Guest Post (and a Giveaway!): Shelly Frome & Miranda and the D-Day Caper”