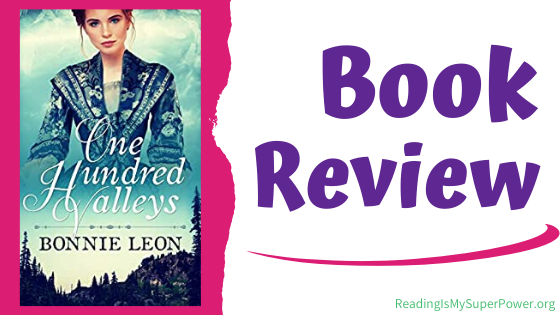 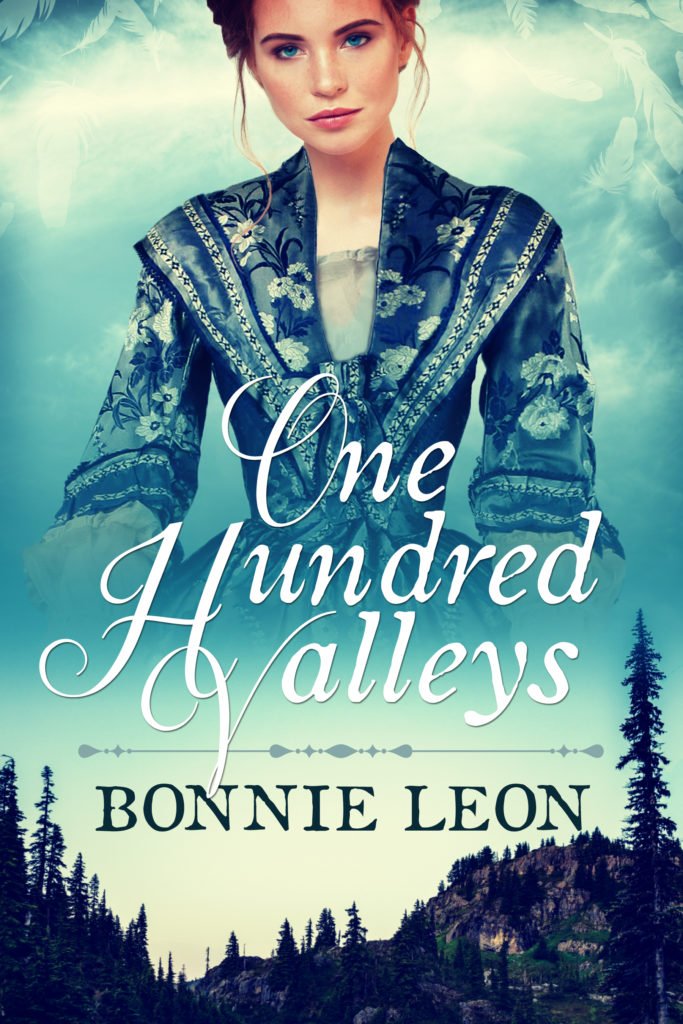 After the death of her mother, Emmalin Hammond discovers she is not the heiress she’d always assumed she’d be. The revelation exposes her fiancé’s true intentions when he withdraws his marriage proposal, leaving Emmalin heartbroken and humiliated. When she discovers the father she believed to be dead is still alive and living in the Oregon Territory she decides it is time to meet the man who has been hidden from her all of her life.

Accompanied by her Uncle Jonathon she sets out for the Oregon Territory in search of answers and hoping for a renewed relationship with her father. When tragedy strikes, she confronts the terrifying challenge of completing her quest alone. Faced with few options, she entrusts her life to a mountain man named Jacob Landon who agrees to transport her to a small settlement in Southern Oregon called Deer Creek, a place also known as the Land of One Hundred Valleys.

Emmalin is not prepared for the hardships of life in the Oregon wilderness. Each day presents a new challenge. Newfound friends, including the reserved Jacob Landon, come alongside to help her adapt and she gradually finds her way. Yet, she feels out of place. Should she brave the arduous journey back to Philadelphia and the life she once knew or remain and hope for something better in the Oregon wilderness?

One Hundred Valleys is the first Bonnie Leon book I’ve read, to my recollection, but I’ve been wanting to try something by her for a while. The cover is initially what drew me to this book in particular – isn’t it gorgeous?

Emmalin has just made an arduous journey from upper class Philadelphia to the wilderness of Oregon, via the Oregon Trail, in search of the father she’s never met. A sudden tragedy leaves her to face the rest of her journey alone, save for the rugged guide her uncle had hired – Jacob Landon. Jacob is white but was mainly raised by Indians, so he wrestles with where he fits in as much as Emmalin does… just for different reasons.

As the trip from Oregon City to where her father lives in Deer Creek is about three weeks, I expected the majority of the book to take place on that leg of Emmalin’s journey – with a sweet father-daughter reunion at the end and a bit of romance between she and Jacob along the way. Instead, we cover the distance in little more than a couple of chapters and the rest of the book is Emmalin adjusting to life in the land of a hundred valleys. The romance is lighter than I expected – but sweet – and the focus of the book is less on characters falling in love and more on characters growing in their relationship with God. (None of this is bad – just not how I predicted it going.)

I confess that, while I wanted to love this book, I really struggled to get into it. It’s a really sweet story, and I loved the supporting character of Margaret in particular. She is a person you just want to hug, and her wisdom is key to the maturing of each of the main characters we meet. But I couldn’t seem to latch onto a plot to keep me engaged in the outcome. The plot points I was invested in from the beginning (except the romance) resolved a bit before the halfway mark of the book and left me sort-of floundering to stay interested in the last half. Still, the lighter pace of the story is a nice change if you’ve had several intense reads in a row and the message of the story – of finding your true belonging in God – is definitely something I can embrace!

Bottom Line: One Hundred Valleys is a sweet story with a message of belonging and faith. A gentle romance between a wilderness-raised hero and a society-raised heroine slowly develops as the plot progresses, but the majority of the story focuses on Emmelin navigating the rigors of life as she matures in heart and soul. While this particular book wasn’t my favorite, I’m sure that many historical fans will love it! 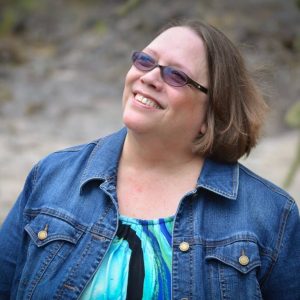 Bonnie Leon is the author of twenty-two novels, including the recently released Return to the Misty Shore, the popular Alaskan Skies and bestselling The Journey of Eleven Moons. Bonnie’s books are being read internationally and she hears from readers in Australia, Europe, Poland, and even Africa. She enjoys speaking for women’s groups and mentoring up and coming authors.

Bonnie and her husband, Greg, live in Southern Oregon. They have three grown children and seven grandchildren.


Other Books by Bonnie Leon 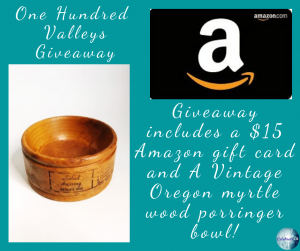 To celebrate her tour, Bonnie is giving away the grand prize package of a $15 Amazon Gift Card and Vintage Oregon myrtle wood porringer bowl!!

What about you? What interests you most about One Hundred Valleys by Bonnie Leon?

13 responses to “Book Review (and a Giveaway!): One Hundred Valleys by Bonnie Leon”