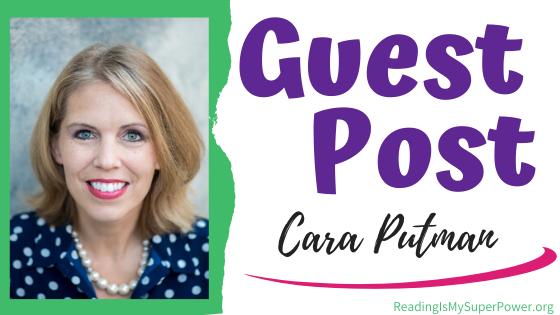 I’m so excited to have Cara Putman on the blog today, sharing the story behind her new romantic suspense, Flight Risk! 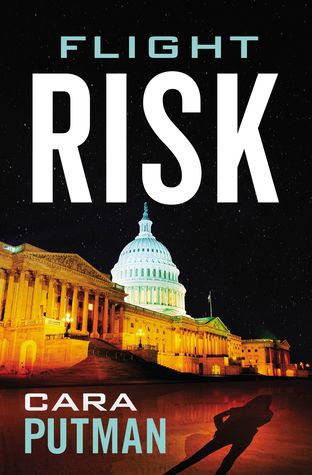 
Bestselling author Cara Putman returns with a romantic legal thriller that will challenge the assumptions of truth tellers everywhere.

Savannah Daniels has worked hard to build her law practice, to surround herself with good friends, and to be the loyal aunt her troubled niece can always count on. But since her ex-husband’s betrayal, she has trouble trusting anyone.

Jett Glover’s father committed suicide over a false newspaper report that ruined his reputation. Now a fierce champion of truth, Jett is writing the story of his journalism career—an international sex-trafficking exposé that will bring down a celebrity baseball player and the men closest to him, including Savannah’s ex-husband.

When Jett’s story breaks, tragedy ensues. Then a commercial airline crashes, and one of Savannah’s clients is implicated in the crash. Men connected to the scandal, including her ex, begin to die amid mysterious circumstances, and Savannah’s niece becomes an unwitting target.

Against their better instincts, Jett and Savannah join ranks to sort the facts from fiction. But can Savannah trust the reporter who threw her life into chaos? And can Jett face the possibility that he’s made the biggest mistake of his life?

It’s been a little over a month since life where we live altered. The Dean called emergency meetings and as faculty we were told to prepare to go online after Spring Break with our courses. Days later the governor of Indiana issued a shelter-in-place order that’s been extended. The news is hard to read. Friends around the globe are impacted.  At times like this I realize how important books are.

Books provide a place to escape for a bit. Our challenges don’t look so intense when we see what characters deal with. Or they can help us forget by making us laugh and believe that anything is possible. My greatest desire when I write is that readers would walk away with a sense that no matter how bad things get, there is always hope because God never leaves us or forsakes us. 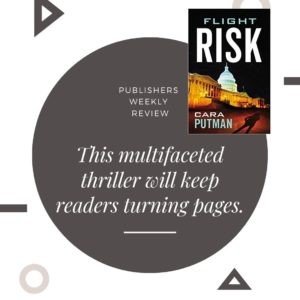 My new novel, Flight Risk, released last week. It’s a stand-alone, but you’ll see characters from the Hidden Justice novels in it even though it’s written to be read on its own.

The question I wanted to explore is “How do you find truth in a fake news world?” That question then created who the hero would be. Jett is a reporter who is adamantly committed to the truth (for reasons you’ll have to read to know), but his world is rocked when one of his stories may have triggered a whole sequence of events.

I also got inspiration from a plane crash on the 14th Street Bridge into the District that occurred in 1982. Because we lived so close to the 14th Street Bridge, I would often think of that crash when zipping around Northern Virginia and the District. It turns out it could have been prevented by deicing, but I twist it up with questions about technology that may (or may not) have been on the plane. I also layer in fears that it could be another 9/11 event…something I lived through very intimately as I worked at a court next to the White House at the time.

Flight Risk is entirely fiction, but it springs from a real event with the emotion of another event layered on top. Add in a heroine who was begging for her own story (Ms. Savannah Daniels) and it was a story I desperately wanted to write, but also a lot harder than I anticipated. I thought I understood who Savannah was, until it was time to write her story. Then I realized just how much I didn’t know her. I’m really proud of how this book has turned out and can’t wait for you to read it. 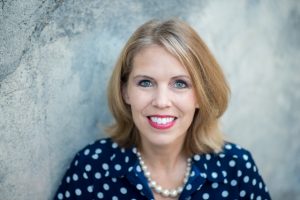 Cara Putman is the author of thirty-four legal thrillers, historical romances, and romantic suspense novels. She has won or been a finalist for honors including the ACFW Book of the Year and the Christian Retailing’s BEST Award. Cara graduated high school at sixteen, college at twenty, completed her law degree at twenty-seven, and recently received her MBA. She is a practicing attorney, teaches undergraduate and graduate law courses at a Big Ten business school, and is a mom of four. She lives with her husband and children in Indiana. 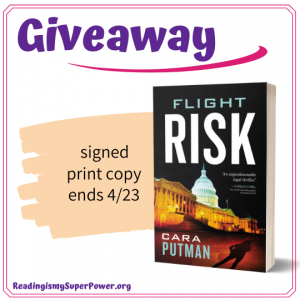 Cara Putman is offering one of my readers a signed, print copy of Flight Risk! (US only. Void where prohibited by law or logistics.) This giveaway is subject to Reading Is My SuperPower’s giveaway policies which can be found here. Enter via the Rafflecopter form below.

NOTE: delivery of book may be delayed due to the COVID-19 shutdowns


What about you? What interests you most about Flight Risk by Cara Putman? Do you like knowing the ‘why’ behind stories?