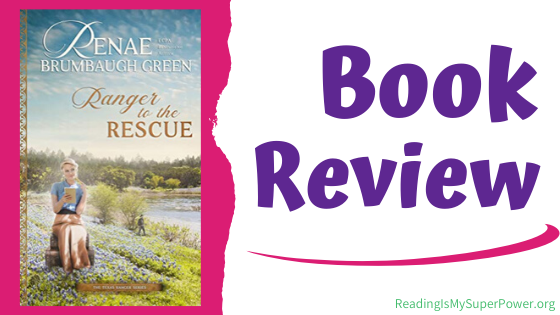 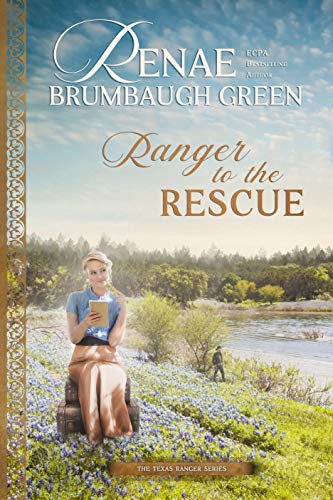 Amelia Cooper has sworn off lawmen for good.

Now any man who wants to claim the hand of the intrepid reporter had better have a safe job. Like attorney Evan Covington. Amelia is thrilled when the handsome lawyer comes courting. But when the town enlists him as a Texas Ranger, Amelia isn’t sure she can handle losing another man to the perils of keeping the peace.

Evan never expected his temporary appointment to sink his relationship with Amelia. Or to instantly plunge them headlong into danger. But when Amelia and his sister are both kidnapped, the newly minted lawman must rescue them—if he’s to have any chance at love. 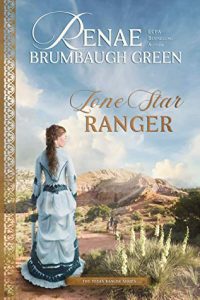 Ranger to the Rescue is a nice follow-up to the characters we first met in Lone Star Ranger – particularly if you wanted to spend more time with Evan and Amelia.

Amelia is a spitfire of a heroine – the epitome of ‘though she be but little she is fierce’. Her dogged pursuit of a front page story at first can seem to be at war with her softer side. In actuality, though, they both fit together beautifully in a personality that is unique to Amelia and enables her to fight when needed and cry when needed. Her loyalty to those she loves is one of the reasons I enjoy her character – and her wit is another.

Evan has been through a lot, poor guy. Accused in Lone Star Ranger of being a notorious outlaw and nearly hanged for it, he’s finally settling in to his new law office in Houston and to his friendship with Amelia. All the while he remains close to his newlywed sister Elizabeth – who is a typical little sister to her big brother, especially when it comes to his love life. I enjoyed watching the sibling aspect to their relationship, reminding me of my own friendship with my brother. (And can I just say that I love Elizabeth’s strength when it counts?)

The story starts out at a fairly gentle pace, but it ramps up at the halfway mark and draws on every bit of strength that Amelia, Evan, and Elizabeth have between them to survive. I loved watching each one really come into their own. We’ve seen Elizabeth’s inner survival skills already in book 1 but we really get to see Evan and Amelia shine in this book. Their progression from good friends to falling in love was also sweet to watch – and provided a few chuckles along the way too. However, I would have liked at least one kiss between them and felt a bit cheated that we didn’t get one.

Bottom Line: Ranger to the Rescue is a sweet story with engaging characters and some harrowing moments that may have you forgetting to breathe. Not from the romance, which is very gentle, but the danger they find themselves in. Readers of Lone Star Ranger will enjoy the chance to get reacquainted with these characters, and while book 2 can be read as a stand-alone it’s probably best to read them in order to avoid any lingering confusion. A relatively short, quick read, it’s a nice choice when you want something light and smile-inducing. 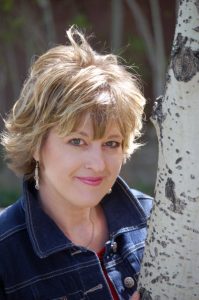 Renae Brumbaugh Green is a city-girl-turned-country-diva. She’s married to a handsome country boy named Rick, and she’s mom to four nearly-perfect, nearly-grown children, two rowdy dogs, and some ducks. They live in rural Texas where Renae wears overalls, western boots, and bubblegum pink nail polish. She’s a bestselling author of over 30 books, an award-winning humor columnist, and an online English teacher. In her free time, she can be found leaping tall buildings and rescuing kittens from trees. Or, she’d like to do those things, if she had free time.

To celebrate her tour, Renae is giving away the grand prize of a $50 Amazon gift card!!

What about you? What makes you want to read Ranger to the Rescue by Renae Brumbaugh Green?

22 responses to “Book Review (and a Giveaway!): Ranger to the Rescue by Renae Brumbaugh Green”