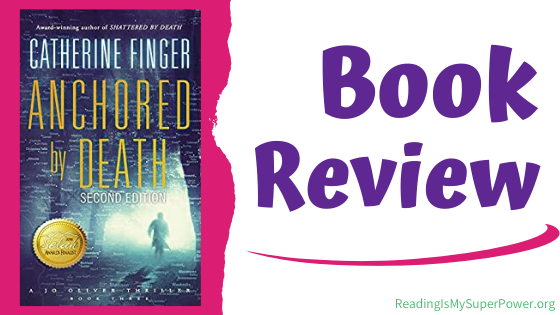 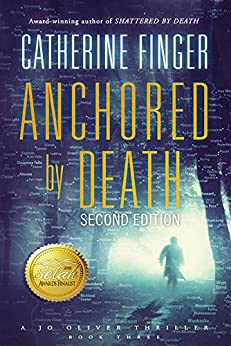 A Dead Body, A Cryptic Clue—Will Jo Oliver Solve the Riddle in Time?

Police Chief Jo Oliver needed a little time to herself. But when her escape to Wisconsin turns deadly, she teams up with FBI agent Nick Vitarello, hoping to catch the Bow Tie Killer. Their romantic past and complicated present leads them into uncharted territory as they match wits with a psychopath bent on destroying everything they hold dear. 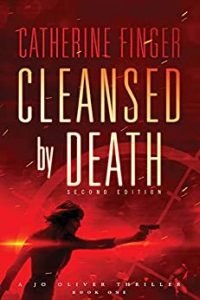 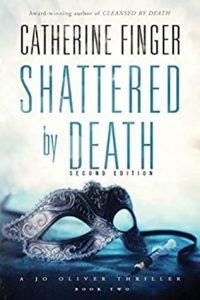 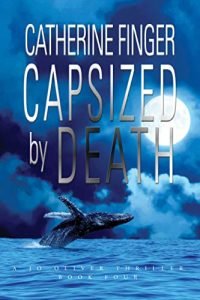 I’m a sucker for police procedurals and suspense/thriller novels, so I was excited to read Anchored by Death . This book is an intriguing blend of the above elements, as well as a large dose of both romance & Jo Oliver’s spiritual growth. Lots of high-stake suspense will keep you engaged in the story, and the adoption subplot adds an extra layer of heart to the mix.

Jo Oliver is, overall, a great character and very complex. She’s feisty and smart but also has a softer, more vulnerable side that helps make her human. She also has some weaknesses and insecurities, especially when it comes to relationships, that keep her from being unrealistically perfect and may even make her frustrating to readers sometimes. Her fairly new relationship with God plays a large role in Anchored by Death and I appreciated the nudges to pray that Jo received – and listened to – when insecurities or fears or danger loomed. She also has more men in love with her at the same time than anyone I’ve ever met lol. That part got a bit old after a while, admittedly. I also didn’t sense much chemistry between Jo and Nick – even though we’re told they have a lot and they can’t keep their hands or lips off each other. It just seemed flat to me, with no emotional depth – even though we’re led to believe that emotions are always high between them.

The suspense side of things is the book’s definite strength, with readers allowed along for the ride with Jo & Nick and the rest of the team. Danger at every turn (some of it almost unbelievable) and intriguing clues left like bread crumbs throughout the story keep you invested in the outcome. Serial killer stories are always fascinating because the stakes are so high, the clues are so odd, and the villains are so twisted – and the author has crafted these elements well in Anchored by Death.

Usually, when I review a book that’s in the middle of a series, I’m able to tell you that it will work just fine as a standalone. However, with this series – at least with this particular book – that is not the case. Anchored by Death references the previous book right from the beginning and it will leave you pretty confused if you haven’t read Shattered by Death yet. It will, at the same time, spoil the events of Shattered by Death for you – something that greatly disappointed me since I’d only read the first book in this series before starting book 3. Since the tours for this series started with the last book and are going in reverse order, I assumed they could be read as standalones, but at least for this book that’s not the case. Having read book 1 did give me a basic understanding of who the characters were – and their dynamics – but I think that people jumping in here on book 3 will just be super confused at first. All that to say (lol) – read these books in order!

Bottom Line: Anchored by Death is a good read in many ways. Breath-stealing suspense, great characters, and a heartwarming foster/adoption subplot take you on a roller coaster ride of emotions and keep you turning the pages. Readers will love the hunt for a twisted serial killer and trying to figure out if or how it connects to Nick or Jo? There are a few elements that could benefit from a tighter developmental edit, but overall this is a great choice for suspense fans!

(I voluntarily reviewed a complimentary copy of this book which I received through Celebrate Lit Tours. All views expressed are only my honest opinion.) 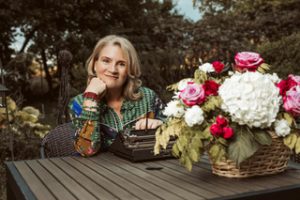 Catherine Finger loves to dream, write, and tell stories. Retired from a wonderful career in public education, she celebrates the ability to choose how to spend her time in a new way during the second half of life. So far, she chooses to write books, ride horses, serve others, and generally find her way into and out of trouble both on the road and at home. She lives in the Midwest with a warm and wonderful combination of family and friends.

To celebrate her tour, Catherine is giving away the grand prize of a $25 Amazon gift card!!

What about you? What makes you want to read Anchored by Death by Catherine Finger?

18 responses to “Book Review (and a Giveaway!): Anchored by Death by Catherine Finger”