Happy Friday! And welcome to First Line Friday, hosted by Hoarding Books!!! Since it’s Friday, it’s time to grab the book nearest to you and leave a comment with the first line. Today, I’m featuring the first line of Secrets of the Treasure King by Terry Ambrose. 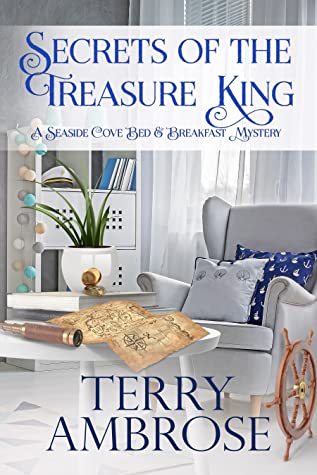 The Seaside Cove rumor mill is buzzing about the captain of The Treasure King. He claims to know the location of the San Manuel, a four-hundred-year-old sunken Spanish galleon with a cargo worth millions. And now, he’s dead, the victim of a speargun attack.

When the police ask B&B owner Rick Atwood to consult in the investigation, he has mixed feelings. Consulting for the police is not the problem. He’s done it before. The problem is his eleven-year-old daughter, Alex.

Alex is fearless, precocious, and fueled by a strong sense of girl power. She’s also convinced the cops will never find the killer without her help, so she launches her own investigation—and quickly becomes a candidate for Seaside Cove’s youngest felon.

Now, unless Rick can solve the case with the clues Alex found illegally, his daughter might face charges of breaking-and-entering, the treasure of the San Manuel will be lost to pirates, and a killer could get away with murder. 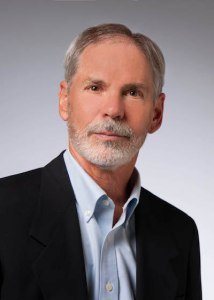 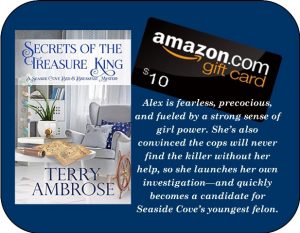 13 responses to “First Line Friday (and a Giveaway!): Secrets of the Treasure King”