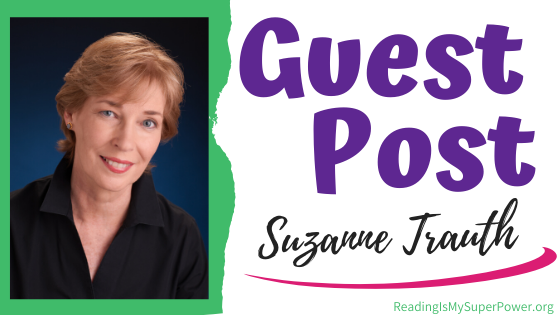 Please join me in welcoming author Suzanne Trauth to the blog today, chatting about her new cozy mystery Killing Time and how her readers have influenced the Dodie O’Dell series! 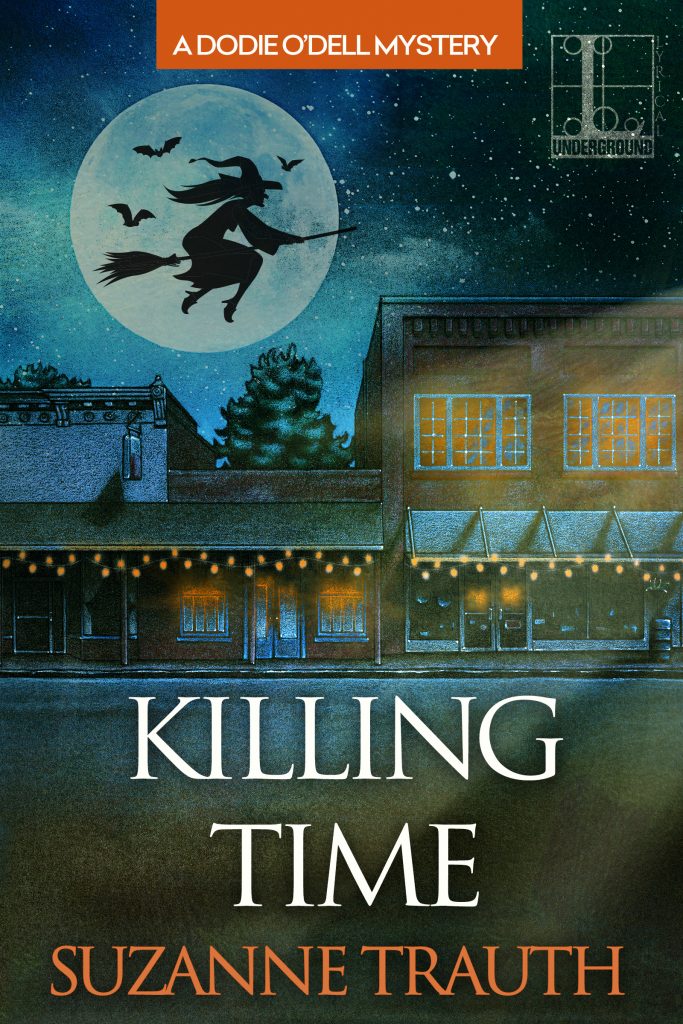 
With Halloween just around the corner, Dodie O’Dell is making preparations to transform the Windjammer Restaurant on the Jersey Shore into a haunted house, while the Etonville Little Theatre is staging Dracula. But casting the titular Transylvanian is proving challenging. The amateur actors in the company are not shy about chewing the scenery, but who among them can convincingly sink their fangs into a victim’s neck? When a mysterious newcomer with a transfixing Eastern European accent lands the part, rumors that he might be an actual vampire start to take flight—not unlike the bat who’s recently been spotted in the town park.

But everyone’s blood really runs cold when a cast member is found in a prop coffin with a real stake in his heart. Dodie decides to put her Halloween theme menu on the back burner and stick her neck out to bring the killer into the light of day. She’d better keep her wits about her, though—or Dodie may be the next one to go down for the Count . . .


Since the very beginning of the Dodie O’Dell mystery series – Show Time, Time Out, Running Out of Time, Just in Time, and No More Time – I have enjoyed engaging with my readers via email and social media. They’ve given me great support and wonderful ideas as I’ve moved through each story line. So I decided to run a variety of contests… 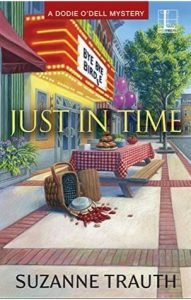 The first contest asked my readers to supply suggestions for food ideas for Just in Time. As you may know, my protagonist Dodie is the manager of the Windjammer restaurant. In my first mystery, she decided to create specials to match the theme of the current production of the Etonville Little Theatre, located next door to the restaurant. For Show Time, Dodie created Italian night for Romeo and Juliet. For Time Out, a 1940s food festival featuring Nathan’s hotdogs, egg creams, and black and white cookies for the production of Arsenic and Old Lace.

In Just in Time the theatre is presenting the musical Bye Bye Birdie and I decided to have a competition for entrées that I could include in the book as restaurant specials. My readers submitted suggestions for a variety of dishes and the winners were spaghetti carbonara, steak and ale pie, and curried squash and eggs. I was able to describe each dish in the story. Yummy! 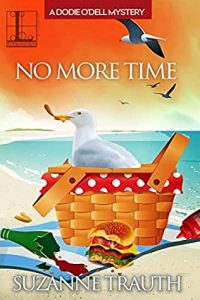 I had so much fun incorporating contest winners’ suggestions into Just in Time that I decided to run a contest for No More Time. I asked readers to submit play titles that I could use in the book. In that mystery, The Etonville Little theatre has entered a theatre competition at the Jersey Shore and been named a finalist for Arsenic and Old Lace. I needed play titles for the other six finalists! The play title competition generated lots of interesting ideas to choose from including Harvey, Sound of Music, Noises Off, and Death of a Salesman. All of which gave me great possibilities for community theatre antics as the Etonville Little Theatre strives to win the competition. (You’ll have to read No More Time to see if they did!) 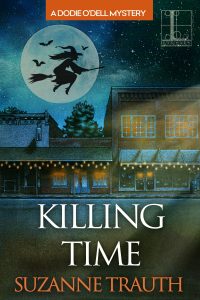 The contests were becoming more fun each time I created one and I was on a roll! So I didn’t stop with the next Dodie O’Dell mystery. I am getting ready to launch my sixth in the series: Killing Time. Last year when I was planning the story, creating new characters, and outlining the plot, I wondered what kind of contest I could run for this book. The time of the novel is late October…Halloween! And the Etonville Little Theatre production is – what else? – Dracula! Then it hit me…character names. I put out the word that I was looking for readers to name characters and received some really interesting, clever suggestions. I discovered that some of them would work wonderfully in the story, such as Bela, Carlos, Daryl, and Gabriel. All of these names sparked my imagination and lent themselves to Dodie’s solving the mystery behind a mysterious death in Etonville. Having new characters show up in town—and requiring names—gives me the opportunity to broaden the pool of potential suspects and victims. And gives Dodie more challenges as she winds her way through the trail of clues, possible guilty parties, and Etonville’s gossip machine.

So, congratulations to the contest winners from Just in Time, No More Time, and Killing Time…and thanks to my readers for sharing their creativity and making my mystery series more exciting! 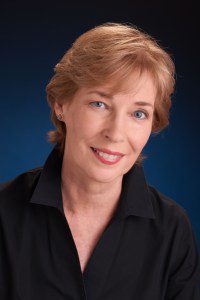 Suzanne Trauth is a novelist, playwright, screenwriter, and a former theatre professor at a university. She is a member of Mystery Writers of America, Sisters in Crime, the Dramatists Guild, and League of Professional Theatre Women. When she is not writing, Suzanne coaches actors and serves as a celebrant performing wedding ceremonies. She lives in Woodland Park, New Jersey.

What about you? What makes you want to read Killing Time by Suzanne Trauth?