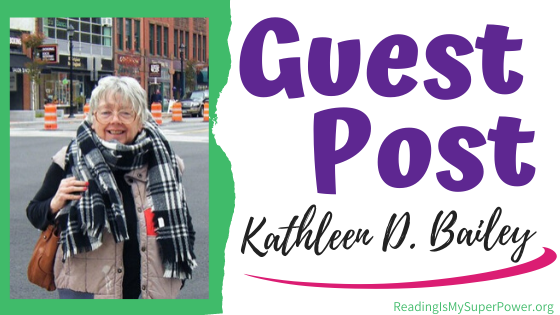 I am thrilled today to welcome the ever-delightful Kathleen D. Bailey back to the blog to chat about her new historical romance Settlers’ Hope! HAPPY RELEASE WEEK!!! 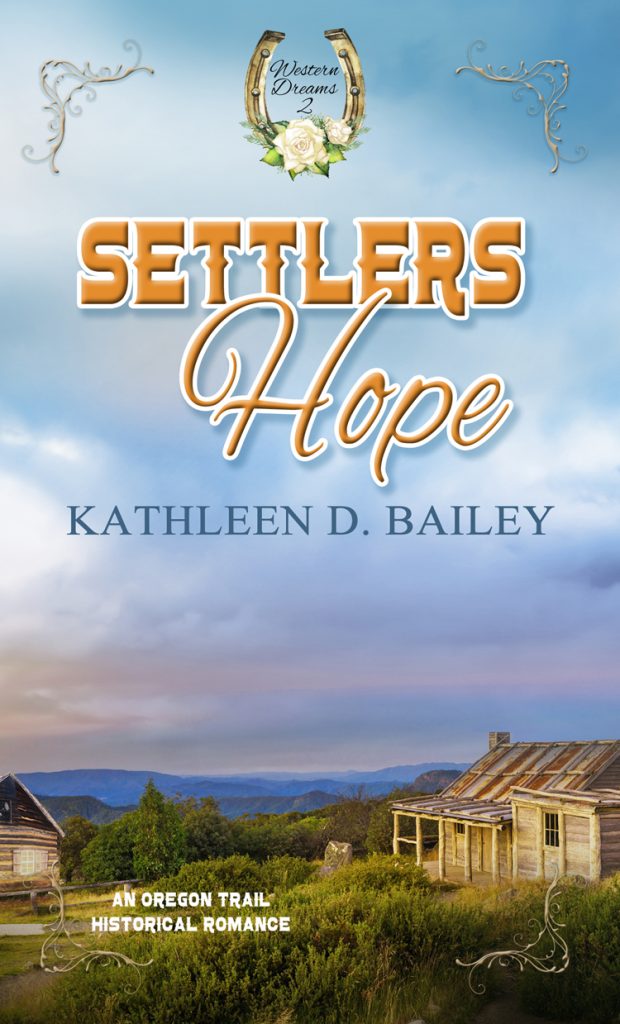 
After years of wandering, Pace Williams expects to find a home in the Oregon Country. He doesn’t expect is to fall in love with a fiery Irishwoman bent on returning home to avenge her people.

Oona Moriarty expects one thing: to exact revenge on the English overlords who took her home. She doesn’t expect to fall in love with a man who looks like he’s been carved from this Western landscape.

Together they vow to trust the unexpected and settle into a life, but when Pace’s ancient enemies threaten to destroy the life they’re building, Oona must choose between helping the man she loves and seeking the revenge she craves.

the theme of home


I sat back on my haunches and looked at the chaos surrounding me. Peel-and-stick wallpaper that was now more peel than stick, broken furniture that hadn’t been too sturdy to begin with, cardboard cartons waiting to be filled or so old they were falling apart. Cleaning your parents’ house for its final passage from family hands is a fearsome thing, and I had feared it for a while. 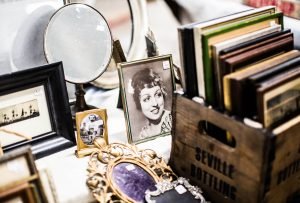 When my sister moved in to care for my father, she layered all her stuff, and her teenage son’s stuff, on top of my parents’ vast collection of, well, stuff. There were yard sales, spring cleaning, and one massive purge when my dad knew he was dying – but still there was stuff, amassed by two cheerfully unrepentant pack rats over 60 years in one house.

My sister had already moved out, and she issued the final call to come and go through Dad’s stuff. I wished I had worn latex gloves. I picked through the treasures of my childhood. A gilt chair with a pink velvet seat, our so-called “princess chair.” The gilt was peeling off. An elegant clock that turned out to be plastic. Dollar-store Christmas decorations that didn’t qualify as vintage or anything else. And everything that was left was filthy.

They were children of the Depression and focused on spending money, now that they had it to spend. But most of their trinkets were trash. The items couldn’t bring a dollar at a yard sale, let alone sell to an antique dealer. And the house, the house that they had saved for and proudly acquired after the War, was crumbling too, with plumbing and electricity that hadn’t been touched since the 1960s. My sister couldn’t run a microwave without shutting down the rest of the electricity. She had to go. It had to go. 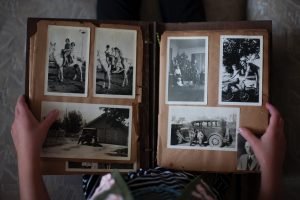 I seized on the only things that mattered any more, the photo albums. Black-and-white for my childhood, garish 70s color for my sister’s, digital prints for my children’s later childhood and teen years. Some of the events had happened off-site, some had happened right in that house, that yard. Birthday parties, graduations, barbecues. Carefully-documented Christmases. The cakes my mother baked for every occasion, even when my sister got her driver’s license, a cake with a toy car on top. We had fun.

And I knew that what they left us was more than a crumbling house and cheap trinkets. The lessons of family, of love, of celebration would outlast any building.

It’s a theme that has influenced all of my fiction work, and a theme I’ve been moving toward without even knowing it: finding a home with God’s choice for you, and with God Himself. A home that isn’t brick and mortar, or even a gypsy caravan, but a home you can take with you wherever you god. 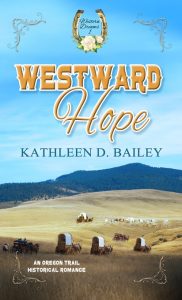 It’s a theme I was already exploring in “Westward Hope,” my first novel with Pelican/White Rose. Caroline Pierce O’Leary has lost her Ohio farm and the husband she built it with. Michael Moriarty has been banished forever from his native Ireland, and his family’s cottage demolished. These two young people find a home and a future in each other, amid the hardships of the Oregon Trail.

In “Westward Hope’s” sequel, “Settlers’ Hope,” Michael’s boss Pace Williams mulls leaving the trail and staying in the Klamath Mountains. He hasn’t counted on falling in love with Michael’s sister, the fiery Oona, who wants to go back to Ireland to avenge her family. Pace resists her invitation to go with her, reasoning that it isn’t his fight, and Oona turns back toward the East alone, but realizes her real home is with him – and returns in time to save his life.

The theme runs through everything I have written. In “Lost and Found,” an historical romance set in post-World War I Manhattan, Violet O’Connell has to convince Karl Lenski that she can make a life with him in Hell’s Kitchen, despite her genteel breeding and “prospects.” In “A Hilltop Christmas,”  a contemporary romance, Jane Archer avoids the people in her hometown, uncomfortable with their unconditional love, until she accepts God’s unconditional love and comes home to Hilltop.

But Caroline and Michael and Pace and Oona and Violet and Karl and Jane and Noah, whew that’s a mouthful, have to come home to Jesus first. To know that He is their forever home.

Because this is the Truth in “Christian fiction.”

I had joked about needing a “brand,” reasoning that my skin was too tough for branding. But as I reviewed my work, my “brand” emerged. I fooled around with “Welcoming You Home,” decided that sounded too much like a Realtor, and came up with “A Home For the Heart.”

Because really, isn’t that what we all want? 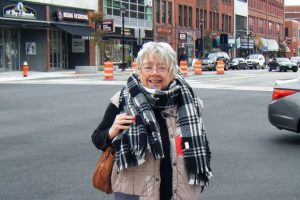 Kathleen Bailey is a journalist and novelist with 40 years experience in the nonfiction, newspaper and inspirational fields. Born in 1951, she was a child in the 50s, a teen in the 60s, a young adult in the 70s and a young mom in the 80s. It’s been a turbulent, colorful time to grow up, and she’s enjoyed every minute of it and written about most of it.

Bailey’s work includes both historical and contemporary fiction, with an underlying thread of men and women finding their way home, to Christ and each other. Her first Pelican book, ‘Westward Hope,” was published in September 2019. This was followed by a novella, “The Logger’s Christmas Bride,” in December 2019. Her second full-length novel, “Settler’s Hope,” was released July 17, 2020.

She lives in New Hampshire with her husband David. They have two grown daughters. 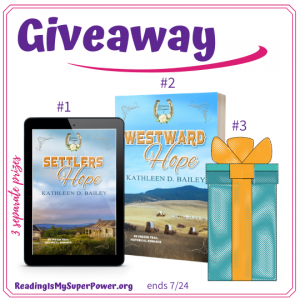 
What about you? What makes you want to read Settlers’ Hope by Kathleen D. Bailey? Where is your heart most at home?