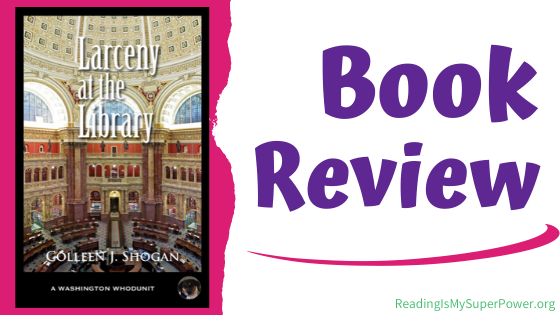 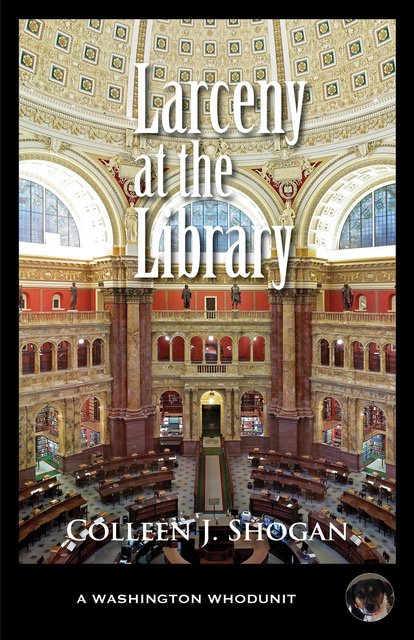 Congressional staffer Kit Marshall is excited to attend a historic event displaying the contents of Abraham Lincoln’s pockets the night he was assassinated at the Library of Congress. The next day, a senior librarian is dead and several invaluable artifacts are missing. Kit’s husband Doug discovers the body and immediately becomes a suspect in the death and theft. Kit springs into action once again to figure out who is responsible for the crimes. Her sleuthing takes her to the DC Public Library, the National Portrait Gallery, Ford’s Theatre, and the most ornate, beautiful rooms at the Library of Congress. At the end, Kit must put her own life on the line to retrieve her most valuable possession, which goes unexpectedly missing as she hunts down the killer.

Bottom Line: It took me a little bit to get into Larceny at the Library – I think because I haven’t read any other books in this series and had to orient to all the characters – but the mystery & the setting itself pulled me in nonetheless. Take a murder mystery at the Library of Congress (a book lover’s dream! except for the murder part haha) combined with a theft related to Lincoln’s assassination, add in a couple of awesome dogs, and an amateur sleuth with a bevy of friends in high places … and you’ve got an intriguing mix of storylines. While I liked Kit & her friend Meg & their significant others, my favorite character is Dorian. I don’t know if he’s been in other books or not but I really enjoyed the scenes he was in! The plot is full of some twists you may not see coming & cozy mystery fans will find a lot to love in this latest Washington whodunnit! 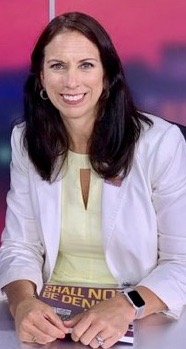 Colleen J. Shogan has been reading mysteries since the age of six. A political scientist by training, Colleen has taught American politics at several universities and previously worked on Capitol Hill as a legislative staffer in the United States Senate and as a senior executive at the Library of Congress. She is currently the Senior Vice President of the White House Historical Association.

Colleen is a member of Sisters in Crime. “Stabbing in the Senate” was awarded the Next Generation Indie prize for Best Mystery in 2016. “Homicide in the House” was a 2017 finalist for the RONE Award for Best Mystery. “Calamity at the Continental Club” was a 2018 finalist in the “best cozy mystery” at Killer Nashville. She lives in Arlington, Virginia with her husband Rob and their beagle mutt Conan.

This giveaway is hosted by Great Escapes, not Rimsp
Follow along with the tour by clicking the banner below

What about you? What makes you want to read Larceny at the Library by Colleen J. Shogan?

13 responses to “Book Review (and a Giveaway!): Larceny at the Library by Colleen J. Shogan”