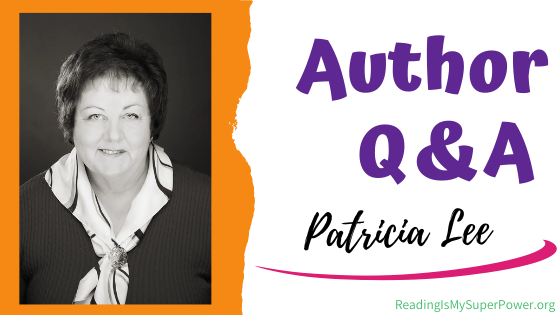 Please join me in welcoming Patricia Lee to the blog today to chat about her new book, Love’s Autumn Harvest! 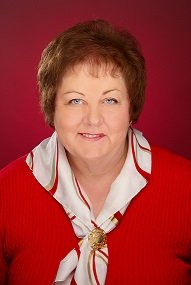 Patricia (Pat) Lee has had a fascination with words and what they can do since she wrote her first short paragraph at the age of six. She doesn’t remember the content of her story, but her teacher became excited at what she’d done. “Obviously,” Pat says, “words made people happy.”

Pat worked as a stringer for a local newspaper during her middle and high school years representing the school’s news to the community. She received her B.A. in Journalism from the University of Oregon, then went on to work as a tabloid newspaper editor at her local church.

After she married, she began her freelancing career and sold to various publications, including Expecting, Moody Monthly, and Power for Living. More recently she has published in two anthologies, Cup of Comfort Bible Promises and Heavenly Company, as well as featured articles in Focus on the Family’s Clubhouse magazine. An Anchor On Her Heart, her debut novel, released in July, 2017. Love Calls Her Home, the second in the Mended Hearts series, released March 1, 2018. The third novel, A Kite on the Wind released October 1, 2018.

She lives with her husband and a handful of furry friends in the Pacific Northwest. They have two grown children. 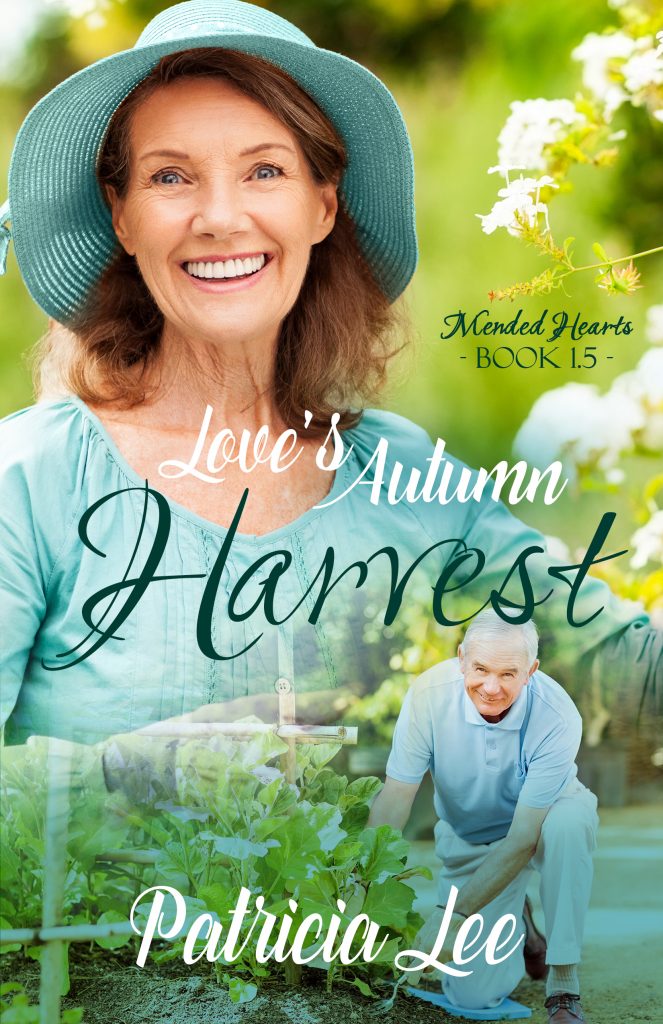 All Eily McKintrick needed was an onion.

Across the fence an entire garden waits, but her brusque and unfriendly neighbor Marshall Frye doesn’t want to trade for the needed vegetable. Annoyed, Eily crawls through the fence to borrow the onion anyway, risking the wrath of the contrary man at the property line. If she’s caught.

Marshall would only be too happy to gift the widow with an onion, if it weren’t for her choice of friends. She spends time with Hillary Shepherd, a determined divorcée with her sights set on him. After his wife died, he retired early as a high school principal to live a contented solitary life growing vegetables for the local food banks. But when he finds Eily on her knees in his garden, the ensuing adventure is more trouble than either are prepared to handle.

Will Eily and Marshall find love for a second time? And what will Hillary do?

Hi Pat! Welcome to the blog!

Pat: I grew up on a small family farm. We had a dog and several cats, and while I loved both, I have to say I preferred the cats. I anticipated the arrival of spring because the mama cats would produce a litter of kittens and my brother, sister and I would spend hours playing with the newborns. It was fun to see them open their eyes, begin to wobble around the box we provided for their mother, and gain agility as they grew. Nothing is more delightful than a litter of kittens learning to play.

Carrie: awww I’m not a cat person at all but I bet that would be really fun to see!

Pat: Give me a Pepsi anytime. I prefer the taste over the other drink which has an aftertaste that isn’t pleasant on my tongue.


Carrie: I feel the exact same, only put ‘Coke’ in that first sentence haha

Pat: I’m a sandwich maker at lunchtime. I’m usually in a hurry so I grab a piece of bread, put a topping on it and get on with my day. The evening meal, though, I will enjoy a homemade soup, usually cream of potato, split pea, or thirteen bean, and serve it with a loaf of fresh bread.

Pat: Board games rule at our house. My daughter can play Monopoly (Disney version) for hours at a time. When I homeschooled her our afternoons were spent buying and selling property, running the bank, and navigating the landmines we set for each other. It’s amazing what life skills can be learned from playing a game.

My son is a biologist and playing my favorite game of Scrabble with him takes a lot of luck because he can use any letter, including X, Z, and Q, to his advantage. He knows many scientific terms I’ve never heard before.  It’s fun to win once in a while, but seeing your kids grow into competitive adults with playing skills greater than your own is also satisfying.

Carrie: lol i love that! Sounds like my family 🙂

Pat: My superpower is list making. I think through projects and put my day in order by the number of tasks I need to do. Nothing is more satisfying to me than getting everything done in a simple and efficient manner.

Carrie: My mom is the same way – I make lists, too, for my own sanity but I don’t take as much pleasure in it as she does.


Pat: One of the benefits I’ve reaped from the COVID-19 pandemic is more time for reading. I wanted to help a local Christian bookstore stay in business, so I’ve placed several orders for Christian fiction and I’ve read all of the books I’ve ordered. I have six more titles on the way.

* Sarah Sundin’s Sunrise at Normandy series was delightful. The stories follow the paths of three brothers in three branches of service as they face D-Day in 1944. One is a pilot, another a naval officer and the third is a Ranger. The stories are a compelling mix of determination and a need for forgiveness.

* Another favorite was Joanne Bischof’s Sons of Blackbird Mountain series. This is a two-book series (at least so far) and delves into the struggles of the hearing impaired. It is quite intense and readers should read the books in the order they are written. Book 2 will make more sense if the reader already knows the family.

Carrie: Those authors are two of my faves, for sure!


Pat: I had to think about this for awhile. I think the material I’m using for the historical series I’m currently writing has been the most interesting, if not some of it weird. I’ve had to find out about coopers and how they made the barrels and casks they provided for travel across the prairies. I’ve had to research the parts of a prairie schooner and how those could be repaired. I’ve needed to know about the harness and tack used to put together a team pulling the wagons and I’ve read about tarring a wagon to make it watertight. Is that weird enough?

Carrie: haha it’s certainly not everyday reading for most of it AND it won’t put you on any federal watch lists – I think you’re good 😉


Q: Which character in Love’s Autumn Harvest was the most difficult to write?

Pat: Hillary Shepherd, the divorcée who is after Marshall Frye’s heart, was the most difficult to write. I chose her to be the third party in a three-way love triangle, but I also made her the fall guy for the story’s disappointments. As I got to know her better, she somehow became a sympathetic character as well. My son, who is my second set of eyes on a story, said he felt sorry for her as we neared the end of the book. I didn’t see that coming.

Carrie: those are often some of the most memorable kind of characters, aren’t they?


Q: What is one of your favorite quotes from Love’s Autumn Harvest & why do you love it?


Pat: “Unable to resist the need to be held, she leaned into his shoulder, comforted by the strength of his grip and warmed by his nearness. The tears gushed from her eyes, and she hid her face in the crease of his pocket. She could stand up to adversity, but his gentle caress against her shoulder undid her.”

Eily McKintrick is an independent woman but when she receives difficult news, she becomes vulnerable. Her relationship with her neighbor Marshall has been friendly, but not one of a romantic nature. In this scene he crosses an unspoken line between them and offers Eily an emotional release in her time of need. It is a turning point in the story.

Thank you so much for taking time to talk with me! 🙂

Patricia Lee is offering a prize pack of a copy of Love’s Autumn Harvest (winner’s choice between ebook or print), bookmarks and recipe cards from Eily McKintrick’s kitchen, and an 11oz mug with the four covers of the Mended Hearts series printed on them. (US only. Void where prohibited by law or logistics.) This giveaway is subject to Reading Is My SuperPower’s giveaway policies which can be found here. Enter via the Rafflecopter form below.


What about you? What interests you most about Love’s Autumn Harvest and/or my Q&A with Patricia Lee?