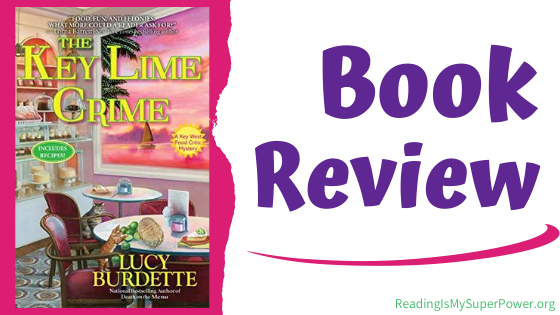 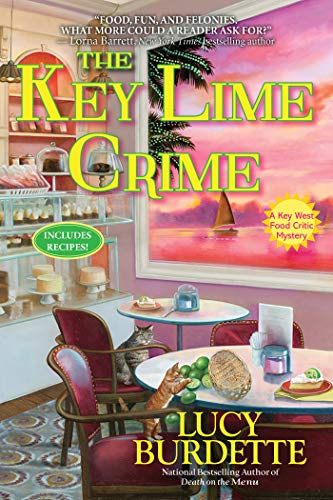 When a fierce rivalry between key lime pie bakers leads to a pastry chef’s murder, food critic Hayley Snow is fit to be pied.

During the week between Christmas and New Year’s, the year-round population of Key West, Florida, faces a tsunami of tourists and snowbirds. It doesn’t help that outrageously wealthy key lime pie aficionado David Sloan has persuaded the city to host his pie-baking contest. Every pie purveyor on the island is out to win the coveted Key Lime Key to the City and Key Zest food critic Hayley Snow is on the scene to report it.

Meanwhile, Hayley’s home life is turning more tart than sweet. Hayley’s new hubby, police detective Nathan Bransford, announces that her intimidating mother-in-law is bearing down on the island for a surprise visit. Hayley offers to escort Nathan’s crusty mom on the iconic Conch Train Tour of the island’s holiday lights, but it becomes a recipe for disaster when they find a corpse among the glittering palm trees and fantastic flamingos. The victim–Au Citron Vert’s controversial new pastry chef–was a frontrunner in Sloan’s contest.

It’s bad enough that Hayley’s too-curious mother-in-law is cooking up trouble. Now, the murderer is out to take a slice out of Hayley. Can she handle the heat of a killer’s kitchen?

Bottom Line: This is my first book in the Key West Food Critic Mystery series but it won’t be my last – and it can definitely be read as standalone. The writing voice hooks you from the beginning & the characters keep you invested all the way through. Clever plotting & several twists had me guessing what would happen next & I enjoyed the wittiness throughout. A great place to jump into the series or pick up where you left off! 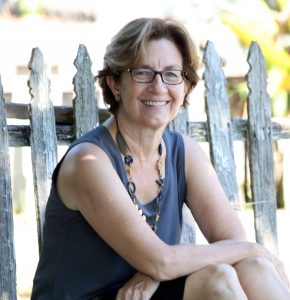 Clinical psychologist Lucy Burdette (aka Roberta Isleib) has published 16 mysteries, including the latest in the Key West food critic series. Her books and stories have been short-listed for Agatha, Anthony, and Macavity awards. She’s a member of Mystery Writers of America and a past president of Sisters in Crime. She blogs at Jungle Red Writers and shares her love for food with the culinary writers at Mystery Lovers Kitchen She lives in Madison CT and Key West FL. Read more at www.lucyburdette.com.

This giveaway is hosted by Great Escapes, not RimSP
Follow along with the tour by clicking on the banner below

What about you? What makes you want to read The Key Lime Crime by Lucy Burdette?

7 responses to “Book Review (and a Giveaway!): The Key Lime Crime by Lucy Burdette”