Welcome to the Blog Tour & Giveaway for The Secret Sisters Club by Monique Bucheger, hosted by JustRead Publicity Tours! I’m delighted to host Monique today as she shares some behind the scenes facts & a fave snippet from the book! 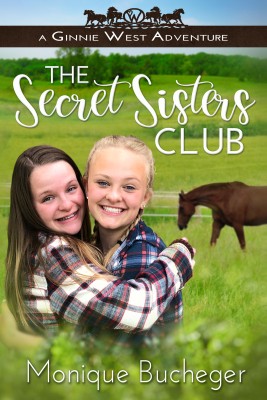 Twelve-year-old BFF’s Ginnie and Tillie, want to be sisters. Tillie’s divorced mom plus Ginnie’s widowed dad could equal a lifetime of round-the-clock girl talk and slumber parties. Too bad Dad vowed to never marry again. Ginnie and Tillie form a secret club. They come up with the perfect mission to change his mind: ‘Operation Secret Sisters’.

Before long, Tillie seems happier about gaining a dad than a sister. Ginnie suspects that Tillie has turned ‘Operation Secret Sisters’ into a scam called ‘Operation Steal My Dad.’ Things get more complicated when Ginnie stumbles across her real mom’s hidden journals. Ginnie can finally get to know the mother she doesn’t remember and Dad doesn’t talk about.

When Dad discovers she has the journals, he takes them away. Ginnie needs to figure out what the big mystery is before her relationship with her father and her best friend are ruined forever. 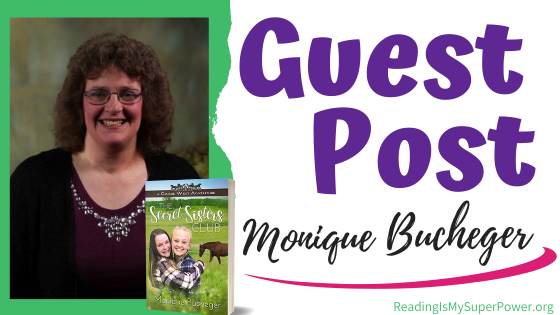 by Monique Bucheger, author of The Secret Sisters Club

3) The blonde girl on the cover (Gracie–who is modeling for Ginnie) lives in the real West Farmhouse.

4) The brunette girl on the cover (Jessie–who is modeling for Tillie)–is Gracie’s cousin in real life.

6) Queenie West’s (Ginnie’s mom) personality is based on Gracie and Jessie’s grandmother. Gracie looks very much like her–just as Ginnie looks like her mom.

7) I spent a lot of time at the “real Wests” farm–as a teenager–babysitting the kids that lived there–especially Gracie and Jessie’s dads–and their aunt.

8) Gracie and Jessie’s cousins grew up on a different farm I mention in the books: Chandler’s Crossing–Toran and Ginnie’s friend, Austin’s home. 🙂

9) Gracie and Jessie’s grandpa and grandma were my 4H leaders as well as my friends.

10) I raised a lamb named Appomattox (because I was fascinated with the Civil War) on the real West farm and showed it at the fair as a teen.

Here’s a favorite snippet of mine:

Why do I get the feeling I should’ve stayed out?” Dad glanced at each family member. When no one made an attempt to answer him, his gaze landed on Ginnie. “Should I be diplomatic and ask for somebody, anybody to volunteer some information? Or should I just take a stab in the dark and ask what leading role you’ve played in tonight’s drama?”

“Very funny.” Ginnie squelched the urge to roll her eyes. “But this is Uncle Jake’s fault.”

Her uncle’s eyebrows scrunched together. “In what universe?”

“He was my second choice.” Dad shot Ginnie a warning look and turned to his brother.

“Yeah, because Toran couldn’t possibly be at fault.” Ginnie crossed her arms again and glared. “Because he’s perfect.”

Dad raised a warning finger. “Do you hear that?”

“That huge cracking sound.” He steeled his gaze on her. “It’s the sound of you stepping on very thin ice. Keep it up and you’re grounded.” 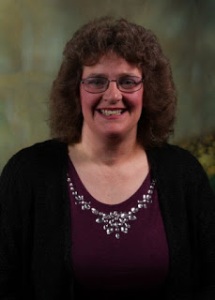 When Monique Bucheger isn’t writing, you can find her playing taxi driver to one or more of her 12 children, plotting her next novel, scrapbooking, or being the “Mamarazzi” at any number of child-oriented events. Even though she realizes there will never be enough hours in any given day, Monique tries very hard to enjoy the journey that is her life. She shares it with a terrific husband, her dozen children, an adorable granddaughter, a son-in-law, three cats, and many real and imaginary friends. She is the author of several books and plans to write many more. You can find more about Monique and her works on her website.

(1) winner will receive a $50 Amazon gift card OR winner’s choice of Google Play, Apple, or Kobo!

Be sure to check out each stop on the tour for more chances to win. Full tour schedule linked below. Giveaway will begin at midnight August 25, 2020 and last through 11:59 PM EST on September 1, 2020. Winner will be notified within 2 weeks of close of the giveaway and given 48 hours to respond or risk forfeiture of prize. US only. Void where prohibited by law or logistics.

What about you? What makes you want to read The Secret Sisters Club by Monique Bucheger?

17 responses to “Guest Post (and a Giveaway!): Monique Bucheger & The Secret Sisters Club”